Oakdale "loves chocolate." They've been host to their annual chocolate festival for nearly three decades, and this year they're hosting more than 200 vendors of all kinds. 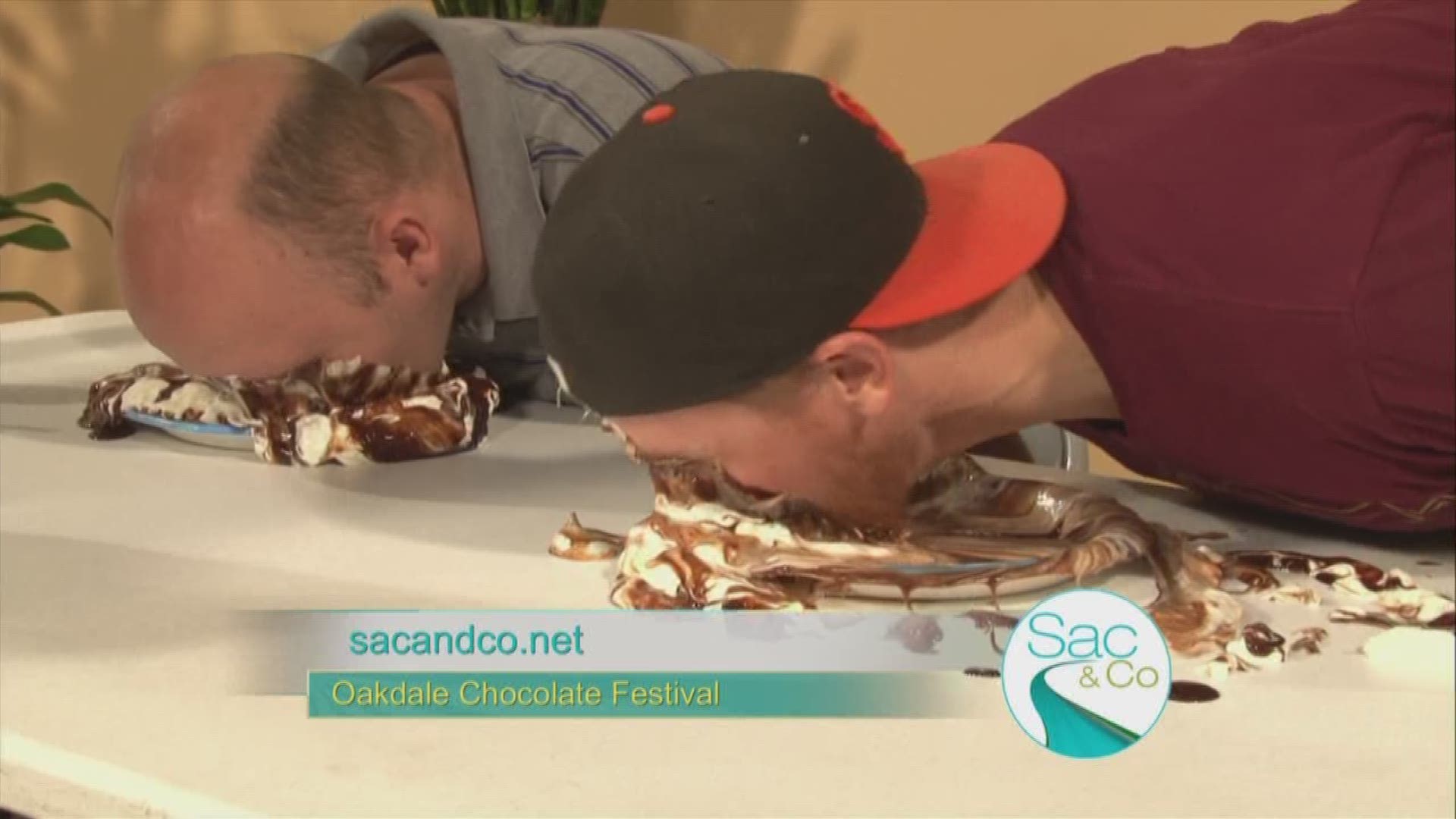 OAKDALE, California — Chocolate fruit, nuts, ice cream, egg rolls, and jambalaya are queued up for the Oakdale Chocolate Festival this year. Whatever your sweet tooth craves, you'll probably find it covered in chocolate at the festival.

"It’s a fun family day," said Mary Guardiola, chief executive officer for the Oakdale Chamber of Commerce. "There’s lots of things to see and do that are and aren’t chocolate. You really get to see a nice variety of things that people can do with chocolate."

There will be 200 vendors, music, cooking demos, and about 30 mom-and-pop operations selling their chocolate delicacies for the 27th annual festival.

What is the Oakdale Chocolate Festival

The chocolate festival celebrates Oakdale's love of chocolate. While they're known currently as the "Cowboy Capital of the World," they were also once known as the west coast home of Hershey's Chocolate Factory.

Given the distinction, the Oakdale Chamber of Commerce decided to hold a chocolate festival that they've run for nearly three decades. Even though the factory is no longer around, the festival has continued.

“Since Hershey has left Oakdale, we’ve kept the chocolate festival because everybody loves chocolate,” said Guardiola.

It's become known for the adventurous chocolatiers who are given free rein on culinary creations. If you need a break from chocolate, there are always fan favorites like Lockeford sausages and the "Hillbilly Tea"

What will be there

Two hundred vendors will be at the event including Sweet Treats mini donuts, the Pie Company, Dazzle Dogs, Sconza Chocolates, and Kloud 9.

Some great chocolate treats include:

Credit: Courtesy: Oakdale Chamber of Commerce
One of many items seen at the Oakdale Chocolate Festival.

If you're looking for entertainment, there'll be live music running from 1 p.m. to 5 p.m. and a cooking demo stage that'll highlight chocolate demonstrations.

Credit: Courtesy: Oakdale Chamber of Commerce
The Classic Car Show is one of many highlights at the Oakdale Chocolate Festival.

Something for the kids

The festival touts itself as a family-friendly event. There are "lots of children's activities because 12 and under is free, so we're promoting bringing the family," Guardiola said.

At the festival, there'll be a designated kids area with rides, games, a petting zoo, pony rides, a bungee jump, a "water ball ride," and a train that kids can ride and drive around about half of the event.

Kids can even take a photo with some of their favorite princesses and superheroes.

It will be located at the junction of Highway 120 and 108 at Wood Park and the surrounding area. The event is located in the downtown area and has five different entrances, so most drivers should be able to park at least a block from the location of the event.

How much are tickets

At the gate, the cost is:

Bringing a canned good will reduce your entrance fee by a dollar, and you can also save by buying pre-sale tickets for $4 by May 16.

An unlimited ride wristband is also available for the kid's zone for $25 if bought before May 16 at the Oakdale Chamber of Commerce. These bands will also be available the day of the festival for $35.

Credit: Courtesy: Oakdale Chamber of Commerce
A full schedule of events for both days of the festival .