The Tunnel to Towers Foundation will pay off the family's mortgage and donate $50k for Singh's infant son's education. 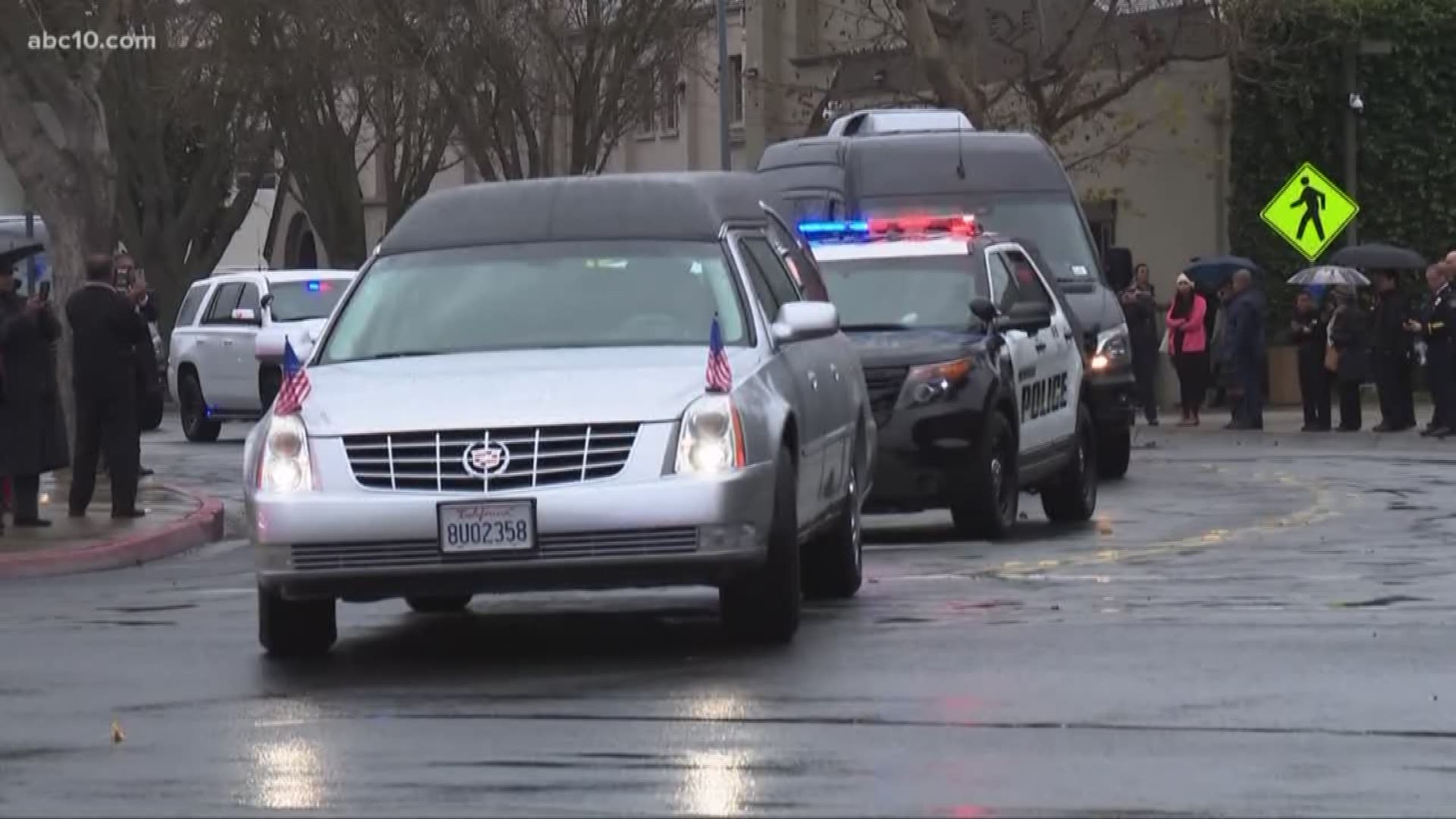 If reading in the ABC10 app, tap here for multimedia.

The family of fallen Corporal Ronil Singh will have one less thing to worry about after an organization raised enough money to pay off the family's mortgage.

The Stephen Siller Tunnel to Tower Foundation, named after a fallen 9/11 firefighter, is behind the donation. According to the organization, people from all around the world wanted to show their support for the Singh family.

RELATED: Where to donate to the Corporal Ronil Singh Memorial Fund

Corporal Singh was killed in a shootout while investigating a possible DUI the day after Christmas, just hours after celebrating the holiday with his wife Anamika and 5-month-old son.

Corporal Singh was laid to rest in Modesto on January 4.

33-year-old Gustavo Arriaga is accused of killing Corporal Singh. Seven other people have been arrested for allegedly helping Arriaga hid from police.

Tunnel to Towers Chairman and CEO Frank Siller said Corporal Singh "Came here to live the American dream." Siller called on the country to "show them the greatness of America" and help take care of Singh's family.

The $350k will be used to pay off the Singh family's mortgage and Corporal Singh's son's education.

The Tunnel to Towers Fallen Fire Responder Home Program pays off mortgages for families left behind when a firefighter or police offer is killed under extraordinary circumstances in the line of duty. The foundation has provided for more than 30 first responder families with young children since 2015.

Siller traveled to Newman to meet with Anamika and Corporal Singh's brother Reggie.

"She expressed such tremendous relief that she will never have to worry about this mortgage again and that there is other money to help her son,” Siller said. "She wanted to express her thanks to everyone who helped support her family in the wake of this tragedy.”

In his exit interview with ABC10's Liz Kreutz, former California Gov. Jerry Brown explains what he'll miss about Sacramento, weighs in on the killing of Newman Police Cpl. Ronil Singh, the state's housing crisis and more.