Oroville Dam: How the main spillway failed and was repaired

For the first time since the dam's major repair, the California Department of Water Resources used the Oroville Dam's main spillway. 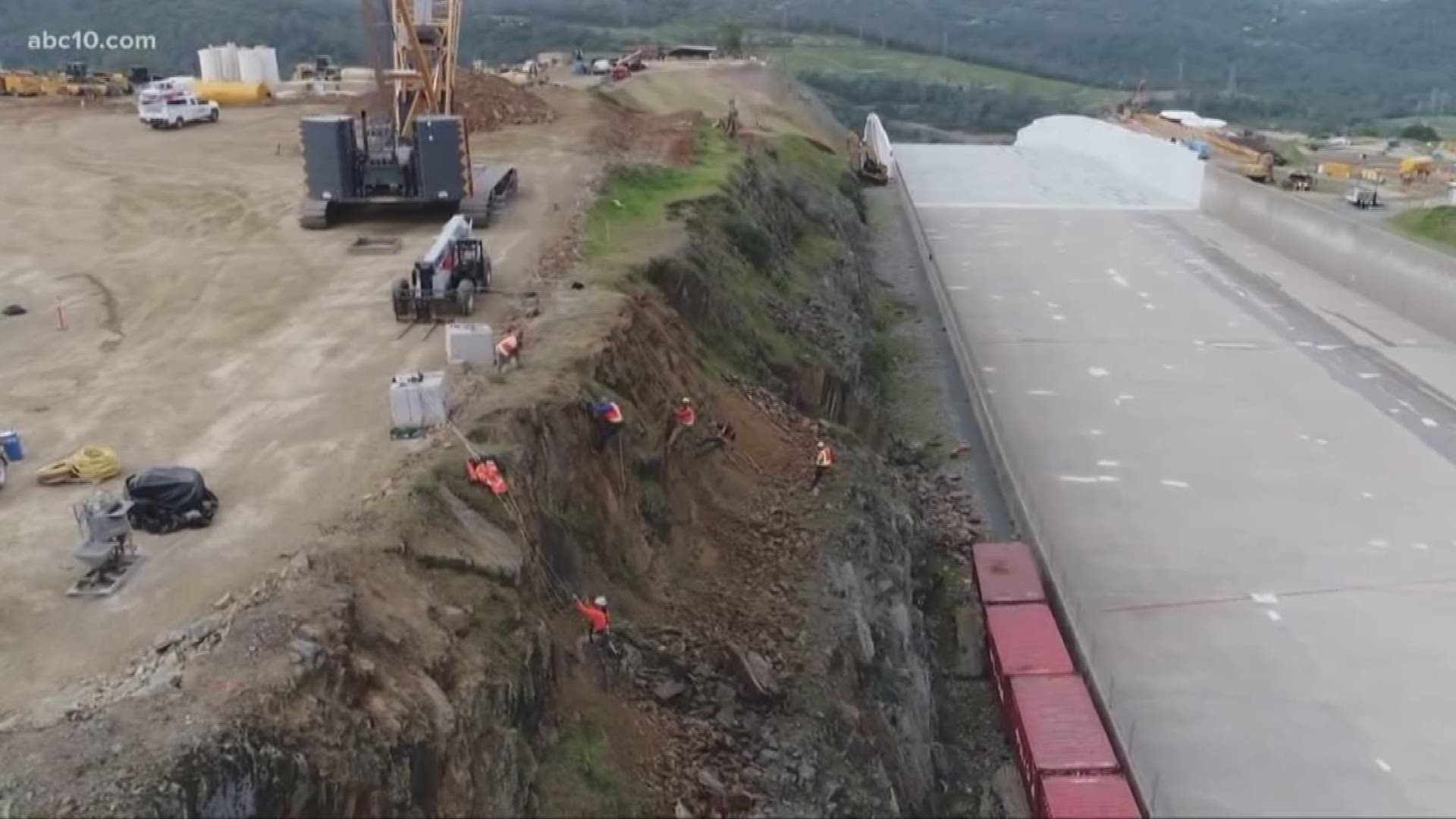 SACRAMENTO, Calif — For the first time since the Oroville Dam spillway failed in 2017, the California Department of Water Resources opened the spillway on Tuesday, April 2, 2019, to help make room for flood storage within the reservoir.

Construction was considered completed Thursday, Nov. 1, 2019, and the California Department of Water Resources announced their plans Sunday, March 31, 2018, to release an estimated 20,000 cubic feet per second down the main spillway.

During the wettest months on record in the 110-year history of the Feather River hydrologic record, January and February 2017, the spillway suffered significant damage. The damage to the spillway was discovered Feb. 7, 2017.

During those two months, the amount of water in the Oroville reservoir exceeded an entire year's average runoff, the California Department of Water Resources said. This was the first time the lake reached 901 feet worth of water, activating the emergency spillway.

The Association of State Dam Safety Officials' Independent Forensics Team released a report in 2018 stating that the cause of the spillway incident was a "long-term systematic failure of the Califonia Department of Water Resources through regulations and general industry practices." The report also said the department did not address or recognize the "inherent spillway design and construction weaknesses, poor bedrock quality, and deteriorated service spillway chute conditions" that led to the giant hole.

Over the last two years, crews filled the 30 feet deep, 200 feet wide hole in the spillway. The cost of reconstruction exceeded $1 billion. The Department of Water Resouces said the reconstruction of the spillway was complete Oct. 31.

“More than 700 construction workers, many of them from Butte County and other parts of Northern California, literally worked day and night to make incredible progress during the 2018 construction season,” said Tony Meyers, DWR Project Manager for the Oroville Spillways Emergency Recovery Project in a press release.

The entire spillway was reconstructed with erosion-resistant concrete and new concrete walls. The main spillway is now estimated to be able to hold 270,000 cubic feet of water per second. Crews also revamped the emergency spillway with 700,000 cubic yards of roller-compacted concrete. The new thickness of the spillway was more than double of the old spillway and used even more pounds of rebar to reinforce the concrete.

Proposition 3, the 2018 water bonds: what you need to know

Officials: Oroville Dam spillway will be ready for rain

Authorities are planning on using the Oroville Main Spillway for the first time since reconstruction on April 2. Rob Carlmark and John Bartell were both reporting on the spillway's failure and talk about this milestone.