The national magazine, Runner's World, decided to do a profile piece on Andrea Harrison. 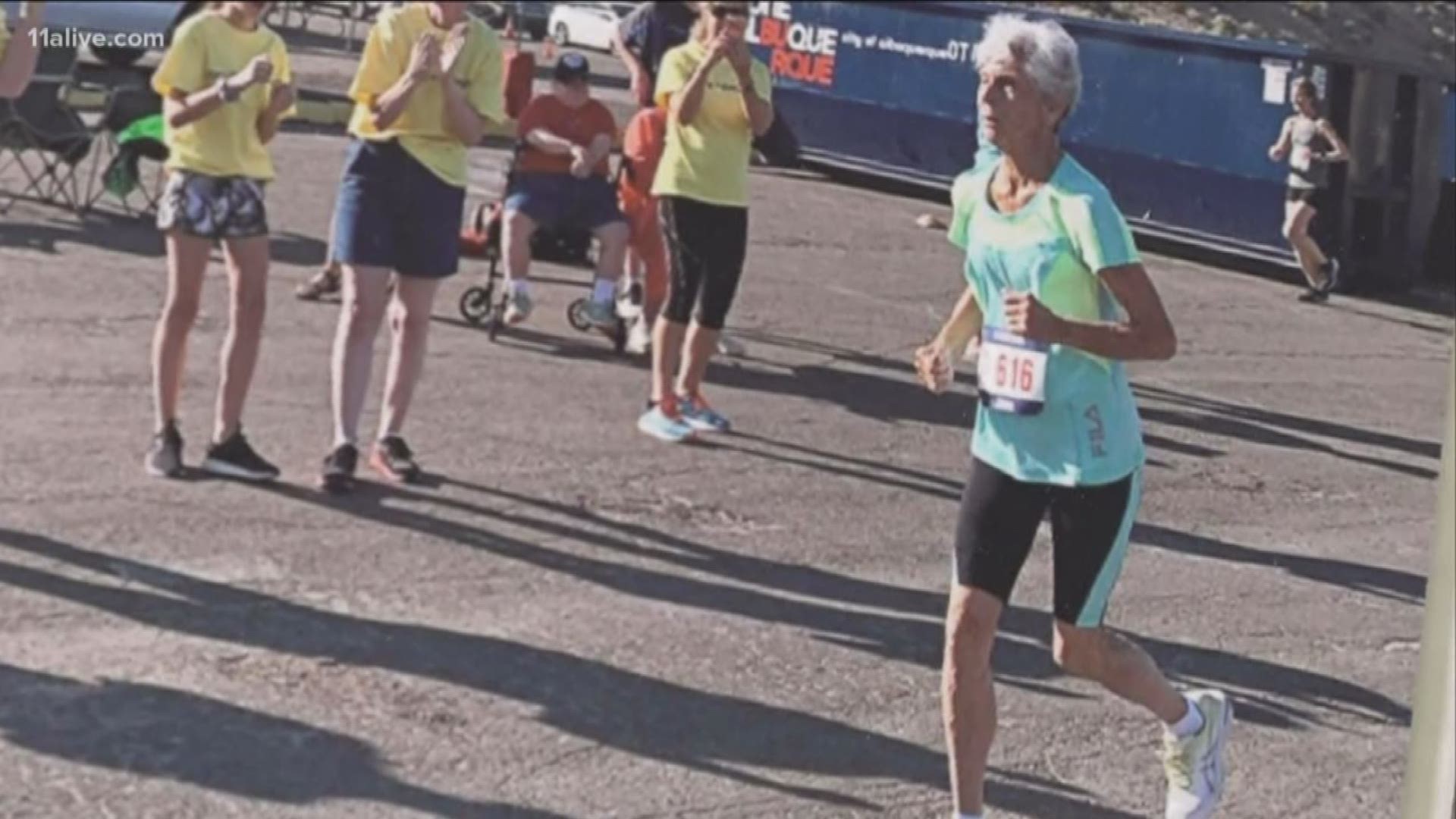 Andrea Harrison is a competitive distance runner who lives and trains in Newnan. This week, she’s getting the national attention any Olympic champion deserves.

“Everyone calls me Gammy," she said. “I am the mother of six, the grandmother of 14 and I have four great-grands.”

Harrison competed at the Senior Games last year, and most recently the Georgia Golden Olympics in Warner Robbins. She runs the 800 meters and the 5K. She’s a gold medal winner many times over.

The national magazine, Runner’s World, saw 11Alive's profile from last month of Harrison and asked our team to get them in touch with her. They’ve published a piece in their latest edition.

They pointed out that Harrison didn’t start running until she was 50 years old.

PHOTOS: At 85, Andrea Harrison inspires many as a distance runner

RELATED: He hid his art talent for 50 years. Now he's sharing it with the world as he fights brain cancer.

“My son wanted me to help him start a cross country team," she said. “We ran around the parking lot together." She is proof that it’s never too late to start.

Harrison runs about 11 miles a week and regularly lifts weights at Piedmont’s Fitness Center in Newnan.

11Alive is where Atlanta Speaks. We had incredible response to our first story about her competitive success and now she has a national platform to share her message.

She hopes to inspire runners of all ages, all over the country.

Harrison runs for her family, especially her identical twin with dementia. She runs because she’s thankful.

“I’m just so happy everything works and nothing hurts.”

Harrison lives by the motto: staying in motion, physically, quiets the commotion internally.

Brian's journey: From Texas to Florida, a bottle holding ashes and a note inside joins two grieving families

A veteran needed help for his dog, and a community came to his rescue

A wrestling coach was diagnosed with pancreatic cancer. He fought for his life - and one more practice.