Effective ways to help the homeless

After noticing a spike in the number of homeless, Sacramento County and homeless assistance organizations are working to improve resources and provide more for those who want to help. 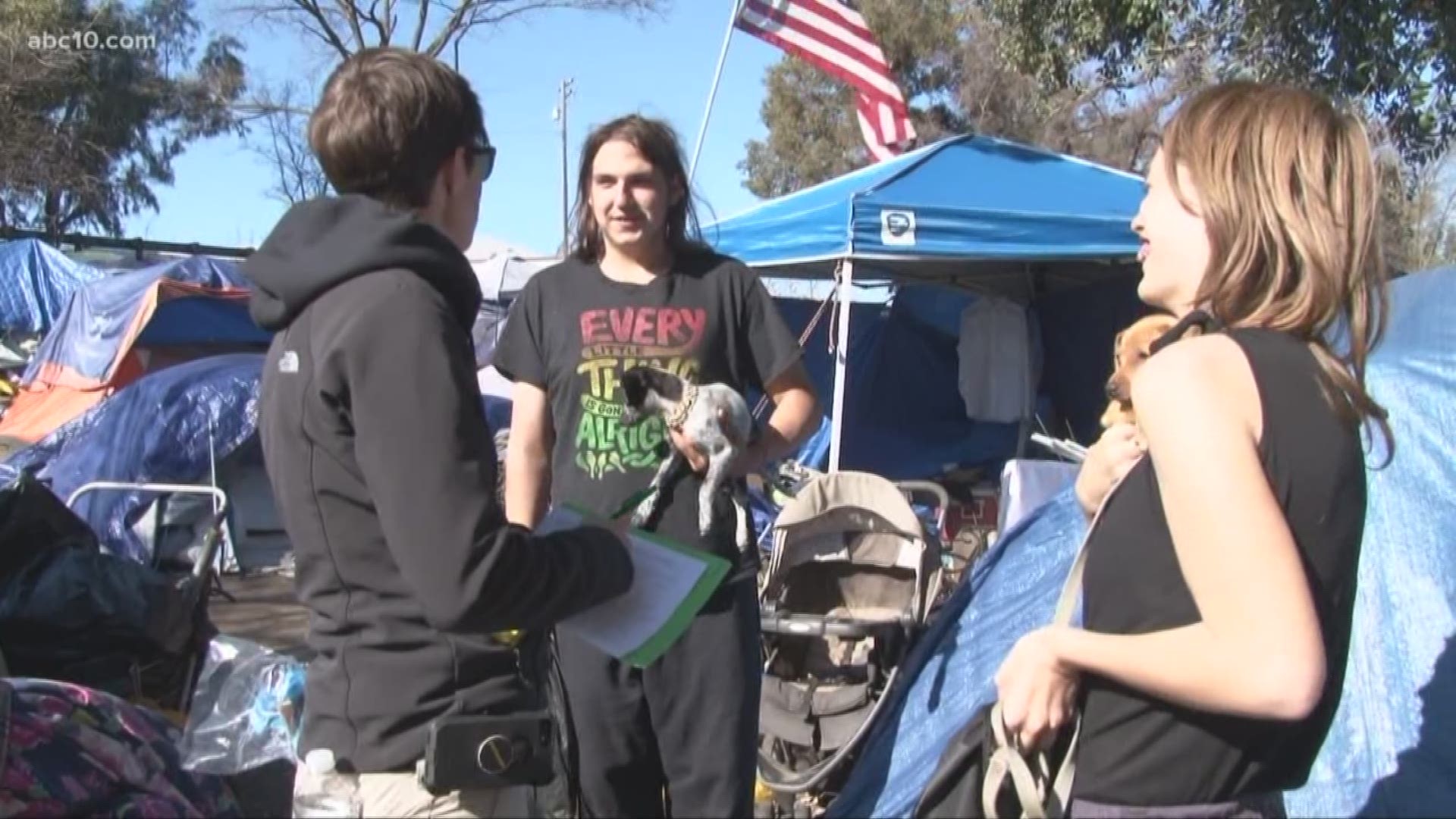 SACRAMENTO, Calif — The number of homeless people increased by 30 percent from 2015 to 2017 in the Sacramento area.

In late January, Sacramento County and other surrounding counties had volunteers go around to perform a point-in-time count. This count allows for the local governments and agencies to assess how best to help the homeless and how much services are needed.

Ben Avey, a spokesperson for Sacramento Steps Forward, said that when looking to help the homeless, it is important to think locally.

"Look to organizations in your community who are already helping the homeless," Avey said. "We are never going to end homelessness if we complain to the city council on Tuesday and oppose the housing development on Thursday."

Nava said that the county's website has ways to connect people with ways to help.

Both Nava and Avey suggest working with organizations that are currently helping the homeless, instead of going out to give people living on the street food or clothes on your own.

Avey discourages against this because of the unintended problems direct donations can cause.

"It creates trash, which leads to negative animosity with members of the community," Avey said.

He said that this issue can be eased by helping organizations that are already working to avoid these problems before they happen.

Avey suggested that people also look into the various Homeless Assistance Resource Teams around the Sacramento area, like Citrus Heights, Elk Grove, Carmichael and Folsom. He said that they are examples of the type of organization people can help locally.

"They understand the culture of the community and how to approach the homeless with the respect that they deserve," Avey said.

Avey suggests that when people make donations to organizations that they know that are already helping the homeless.

Aside from donating money to Sacramento Steps Forward, Avey suggests that people check out The Big Day of Giving website if they don't have an organization in mind.

How Homeless People Can Vote

In all 50 states, people experiencing homelessness can register and vote, however, there can be special challenges when it comes to voter registration. The Sacramento County elections website lets people register to vote online and provides insight into voting when people don't have a home address.

Even though an address is required in order to vote, the residence you report on your Voter Registration Form doesn't have to be a home or apartment. Homeless registrants can list a shelter address where they could receive election mail. They can also provide a description of the location they consider to be their home. This includes cross streets, landmarks, or any place that you recognize as your place of residence.

RELATED: How homeless people can register to vote | Need to Know

GO IN-DEPTH:  On any given night in Sacramento, nearly 5,600 people are experiencing homelessness. Roughly four hundred people have taken shelter along the American River--some by choice--while others are forced to call it home.