Robert Sekula said his birth at Northside Hospital turned into a bit of a competition. 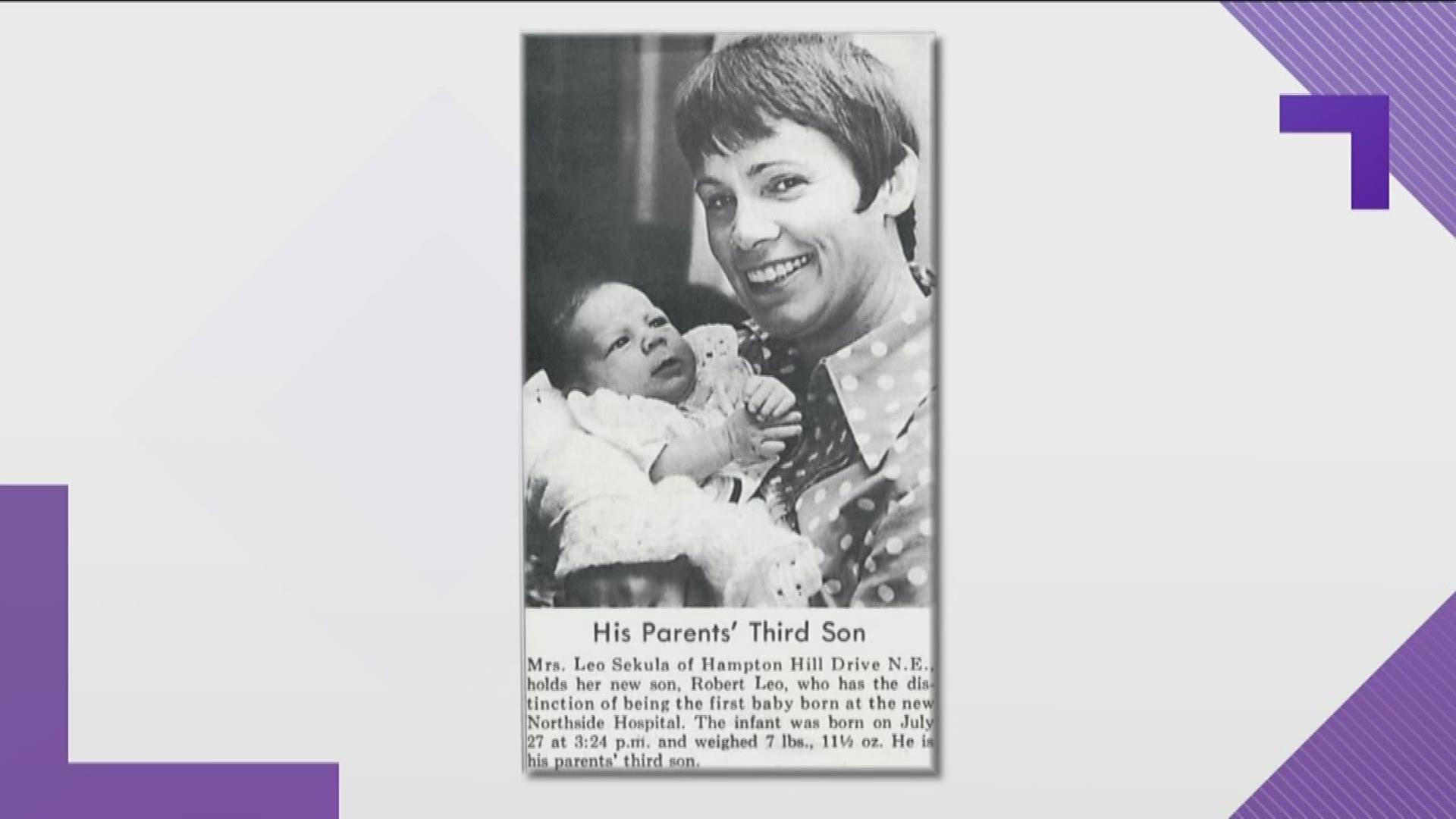 ATLANTA — You never know where you might find an Atlanta connection. In this case, I found one far from home.

Earlier this month, I was on the faculty of a journalism workshop in Texas. One of the students was Robert Sekula. He lives in Germany. But the first night during introductions, Robert revealed the “fun fact” that connects him to Atlanta.

Sekula was the first baby born at Northside Hospital, the prolific baby-delivering hospital known informally as, “the Baby Factory.” The date? July 27, 1970 -- 48 years and nine months ago.

An article from the time shows baby Robert with his mother, Carolyn. He weighed 7 pounds 11 ounces and was his parents’ third son.

According to Sekula, his arrival was a bit of a competition.

“My mother told me there was another woman who was about to have a baby at the same time,” he said. “There was somewhat of a race between the two doctors and the two mothers.”

Sekula doesn’t see much of Atlanta these days, outside of the airport. He does broadcast and video work for the U.S. Army in Europe and produces documentaries and stories for the American Forces Network, the Army's broadcast service. He’s currently working on preparations for events honoring this June’s 75th anniversary of D-Day.

But he still chuckles at the connection that ties him to Atlanta … and Atlanta’s most well-known hospital for deliveries.

“Hey, I was the first baby born at the Baby Factory,” he said. “And that makes me … the prototype!

UPDATE: Minutes after our story ran about Sekula, we heard from his nurse! Deanna Simmons worked at Northside Hospital in the 1970s and also made history as the first nurse to wear a pantsuit uniform. See her story below:

Matt Pearl’s Untold Atlanta series tells the stories we don’t hear often enough: the stories of our communities and the people who make them special. If you know of a great untold story to share, follow Matt Pearl on Facebook or e-mail him at mpearl@11alive.com.