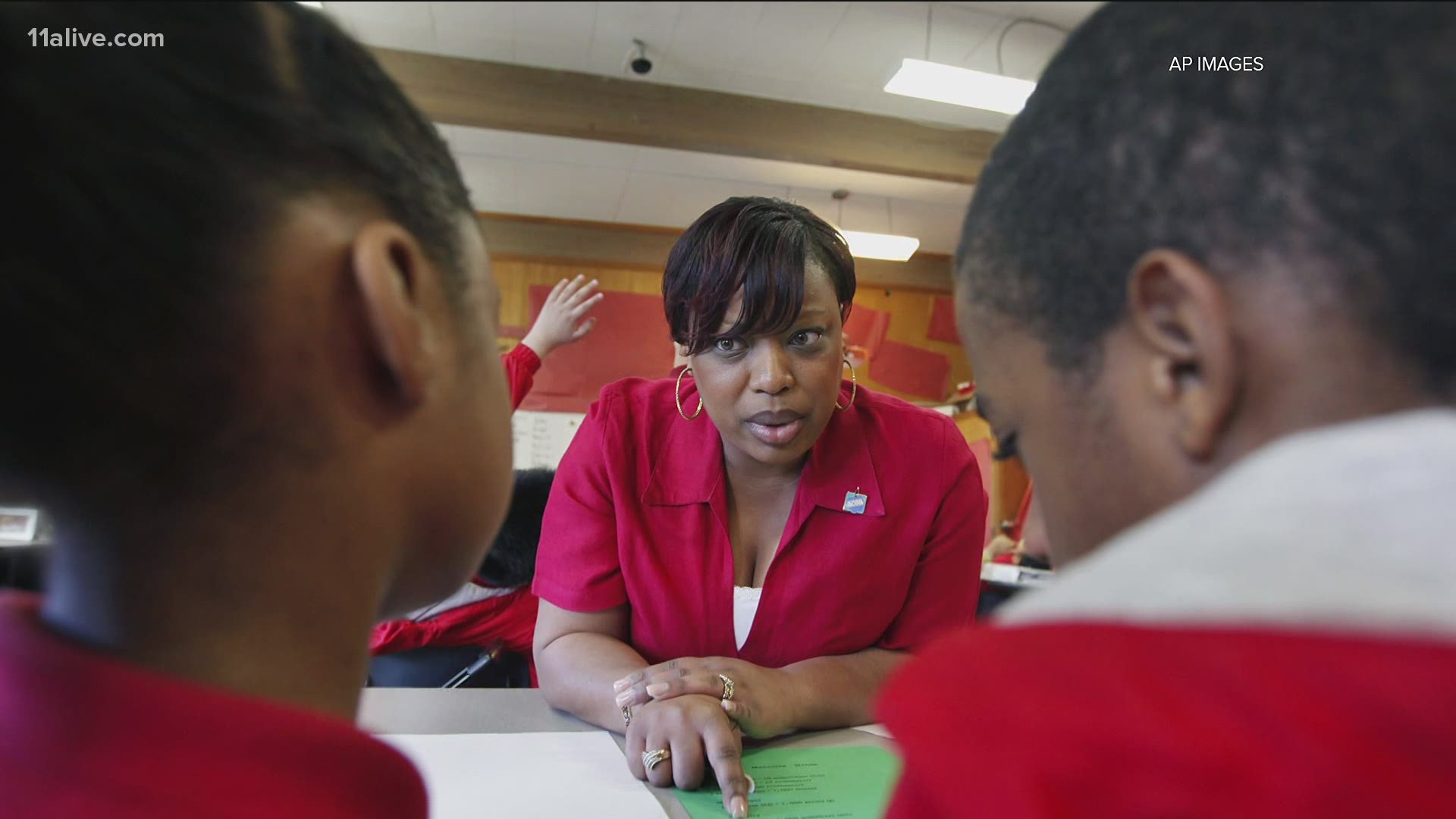 ATLANTA — The situation has improved in some areas of the country, but teachers are still earning far less than people with similar education and experience in other jobs.

There was a time when teachers stood shoulder-to-shoulder with their peers when it came to pay. In 1960, female teachers here in the United States made nearly 15% more than women with the same education and experience in other professions.

According to the Institute on Labor and Employment at Cal Berkley, teachers as a whole now make about 20% less.

"So what we have is a teacher pay gap that is widening over time and it’s definitely affecting the attractiveness of the profession," said Cal Berkley Economist Sylvia Allegretto.

Teachers in several states have gone on strike in protest of overpay. In Georgia, recent budgets have included pay increases for educators.

Georgia is one of several states to use federal money provided during the pandemic to give teachers a one-time $1,000 bonus.

Allegretto, who has written books on the issue, points to the early days of public education when women were targeted for teaching jobs at a time when their career choices were limited.

"This was a public policy decision to save some money when they were originally rolling out public education across the country," said Allegretto. "We’re seeing the vestiges of that today."

Nationwide, about 75% of all teachers are women. As job opportunities for women have grown, overall teacher pay has not kept up with pay for other occupations.

"There’s a vast array of opportunities that didn’t exist even a couple of decades ago, and those are better-paying jobs," said Allegretto.

Generally, teachers earn pensions and other benefits that are more attractive than a great many professions. The pay gap did shrink slightly from 2018 to 2019.

Still, pay is one of the reasons why fewer college students are choosing education as a career.

"This should be one of our most desirable, highest paid, competitive positions," says Allegretto."Teachers have the future in front of them every day."

The gender ratio when it comes to teachers hasn’t changed since the 1960s.

A quarter of all teachers are men, who earn about 30% less than their counterparts in other professions.