Why Guy | Sacramento has been the state's capital since 1854. But why?

Did you know Sacramento wasn't the only state capital? In fact, the location moved around the state six times before settling in Sacramento. 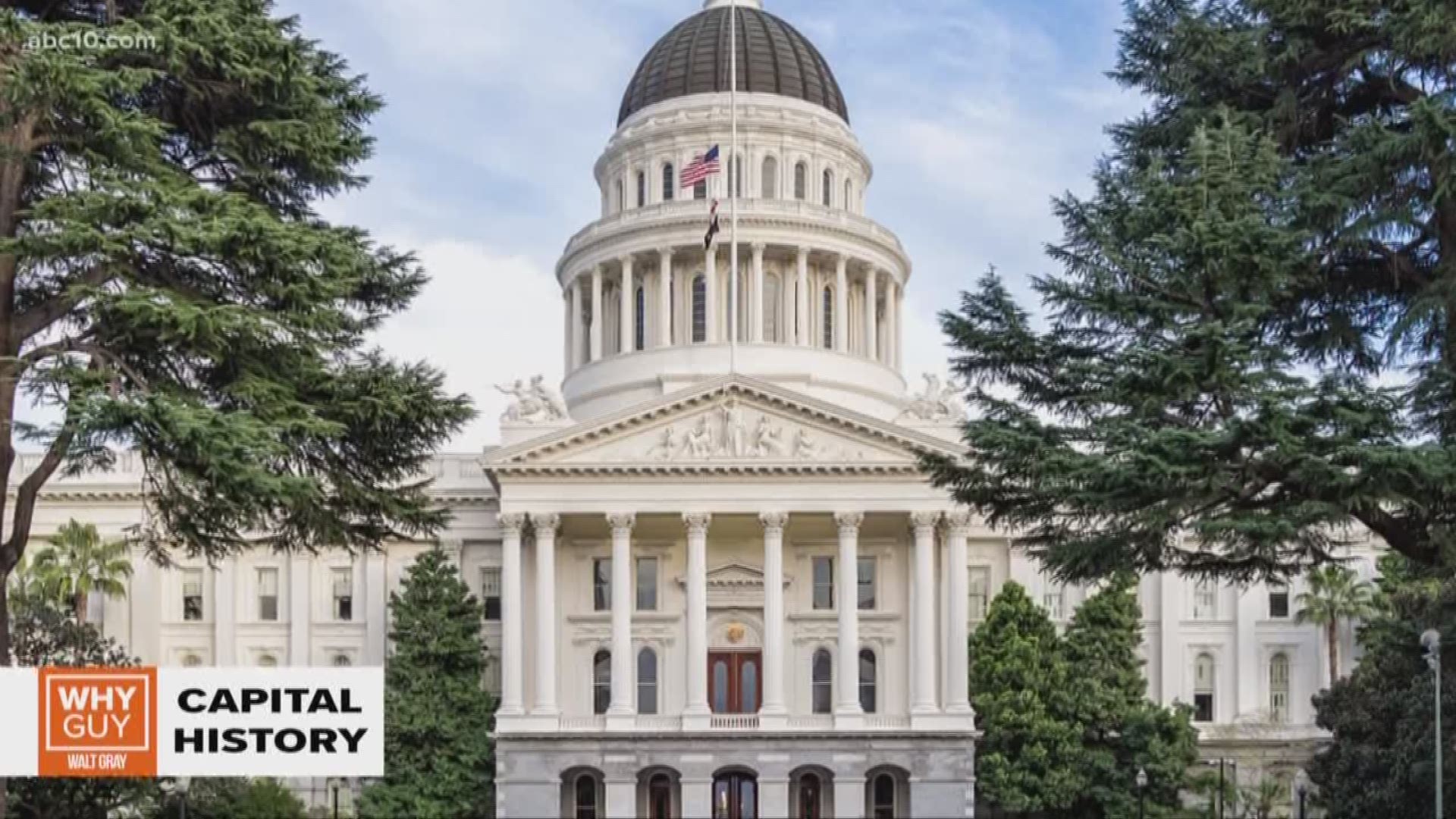 But, do you know why Sacramento is the state capital? The capitol building has been the seat of state government in Sacramento since 1854. It took a few years of moving around the state until we grabbed it back and kept it.

So, I asked you on my ABC10 Facebook page, why you think it's here in Sacramento?

I traveled to the Sacramento History Museum and asked this question to an expert, historian Shawn Turner.

"The visionaries of the city had long term plans,” Turner said. “The capitol would make a nice jewel in their crown. They had the Western terminus of the Transcontinental Railroad and with all that combined, it would be a powerful shipping center"

Here’s how it all rolled out. In 1849, the first California capital was in Monterey, but that lasted just one month. After that, San Jose had it for two years and the next stop was Vallejo in 1852, where it resided for just seven days!

Sacramento was next to be the capital from 1852 to 1853, but we lost it back to Vallejo for one month and then to Benicia for one year.

So, in the first five years California was a state, the capital moved six times!

"They [Sacramento] had steamship service and stagecoach and all the hotels that was not provided in Benicia or Vallejo or San Jose," Turner said.

You think Sacramento would ever lose the state capital? It would cost billions of dollars to move to another city because 62,708 state employees live in Sacramento County alone! Relocation costs would be through the roof.

The last time any U.S. state capital moved was in 1910 in Oklahoma City, so it's unlikely that Sacramento, or any other state capital will be moving anytime soon!