WHY GUY: Why is a section of I-5 is called the boat section?

In 2008, a small but troubled patch of road near J Street was completely shut down and rehabbed with new pavement and a badly needed drainage systems. 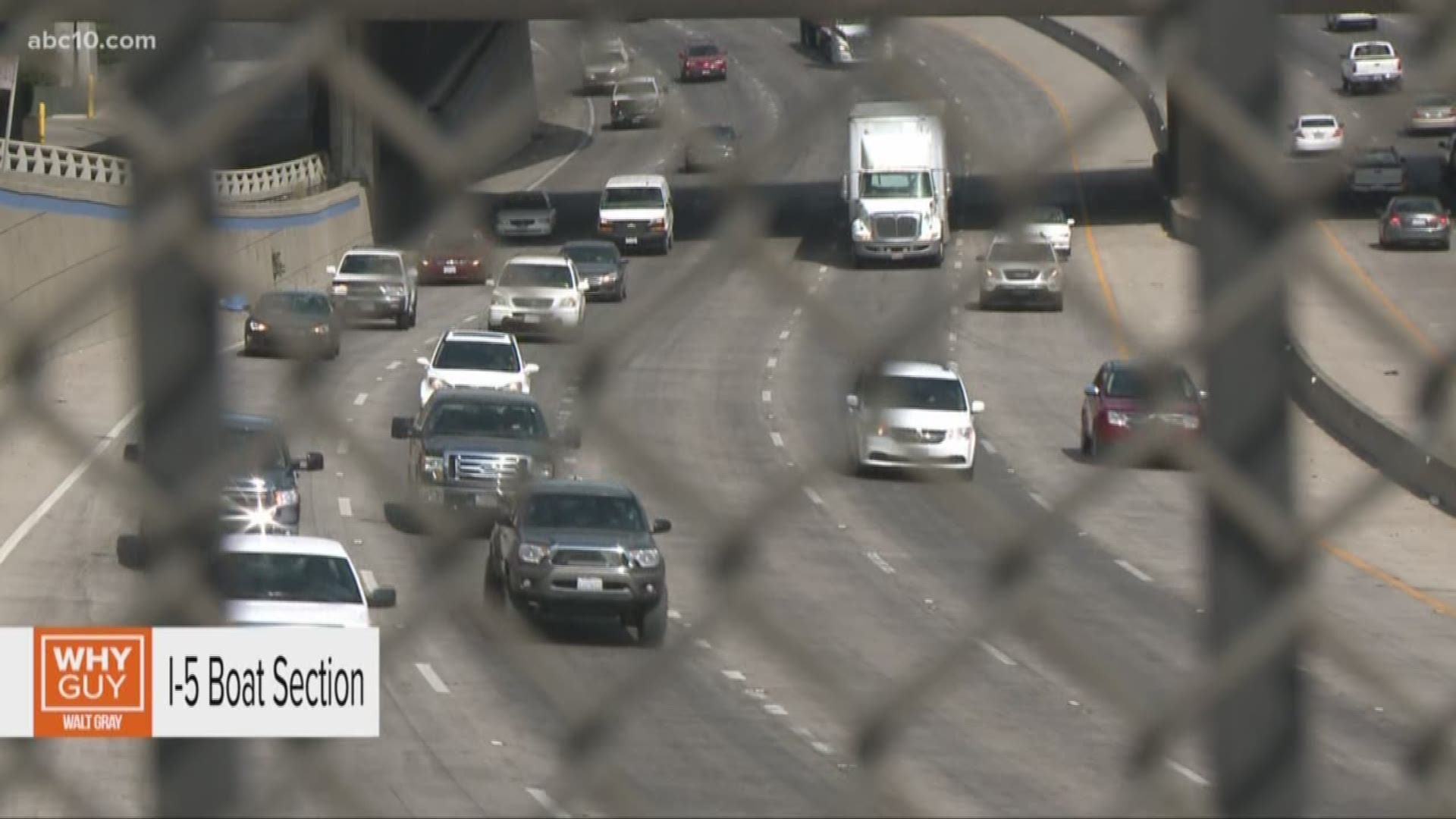 We've gotten a fair amount of Why Guy questions about bridges and roads. Many of you are fascinated by infrastructure, and how our taxes are hiked to pay for it all.

Speaking of roads, California has 395,000 miles of them, with only Texas having more. But it’s a three-quarters-of-a-mile stretch along Interstate 5 in Sacramento that's the focus of this Why Guy.

In 2008, a small but troubled patch of road near J Street was completely shut down and rehabbed with new pavement and a badly needed drainage systems. Crews worked on it 24/7. Commuters into Sacramento were freaking out that the traffic backup would turn the Capitol into "carmageddon."

That didn't happen. But the project did get a nickname!

"They called it the boat section because in the old days, that area used to flood and the only way to pass through it was in a boat," Dennis Keaton, Public Information Officer for Caltrans, said.

The boat section of I-5 was built below the water level of the Sacramento River and had a long history of being a flooded stretch of highway. Not anymore.

The 35-day-long-fix worked. The longest construction delays were 20 minutes. And now you know WHY that tiny stretch of I-5 is called the boat section!