Dexter flew with his volunteer rescuer to Missouri Friday morning, where his family has relocated. His three cat siblings will be there when he arrives. 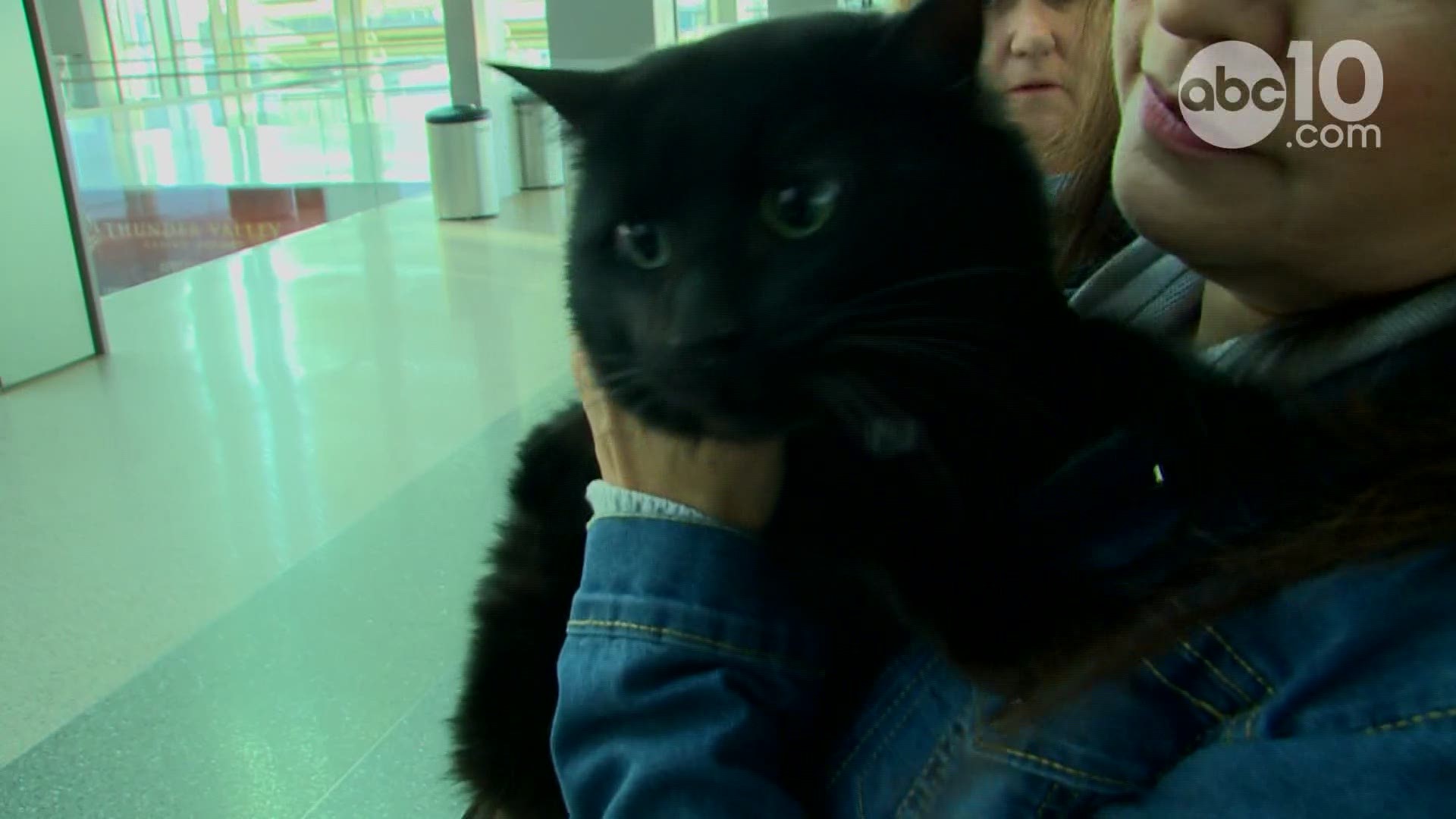 BUTTE COUNTY, Calif. — Dexter, a 2-year-old black cat, not only survived but lived in the Camp Fire zone for 102 days. Now, months after California's deadliest fire, Dexter will reunite with his family, who now lives in Missouri.

Leslie Berard-Zaletel, a volunteer with FieldHaven Feline Center and Camp Fire Pet Rescue and Reunification, has been providing food for the cats who remain in the fire zone. She has also been actively rescuing them. Berard-Zaletel found Dexter, just over a mile from the remains of his home.

Thankfully, Dexter was micro-chipped and FieldHaven was able to contact his family.

“We called them almost immediately, giving them the good news, and they were astounded that he survived," said Joy Smith, President and Executive Director for FieldHaven Feline Center.

Dexter flew with his volunteer rescuer to Missouri Friday morning, where his family has relocated. His three cat siblings, including his littermate, Clayton, will be there when he arrives.

Several weeks after the Camp Fire, Smith said she wants to encourage families that have not seen their cats or other pets to not give up.

“Reach out to us, or to any other groups, because there are still hundreds of cats being found in the fire zone,” she said. “All of them deserve to be reunited with their families."

When Andrea Gaylord arrived back at her home off Merrill Drive in Paradise, she was surprised and overjoyed to see her beloved dog, Madison, survived the fire and was waiting patiently for her to return home.