"Today we have five cats to come in and take a look at and see if we can rescue. So far no luck," said animal rescuer Ashley Prestesater. 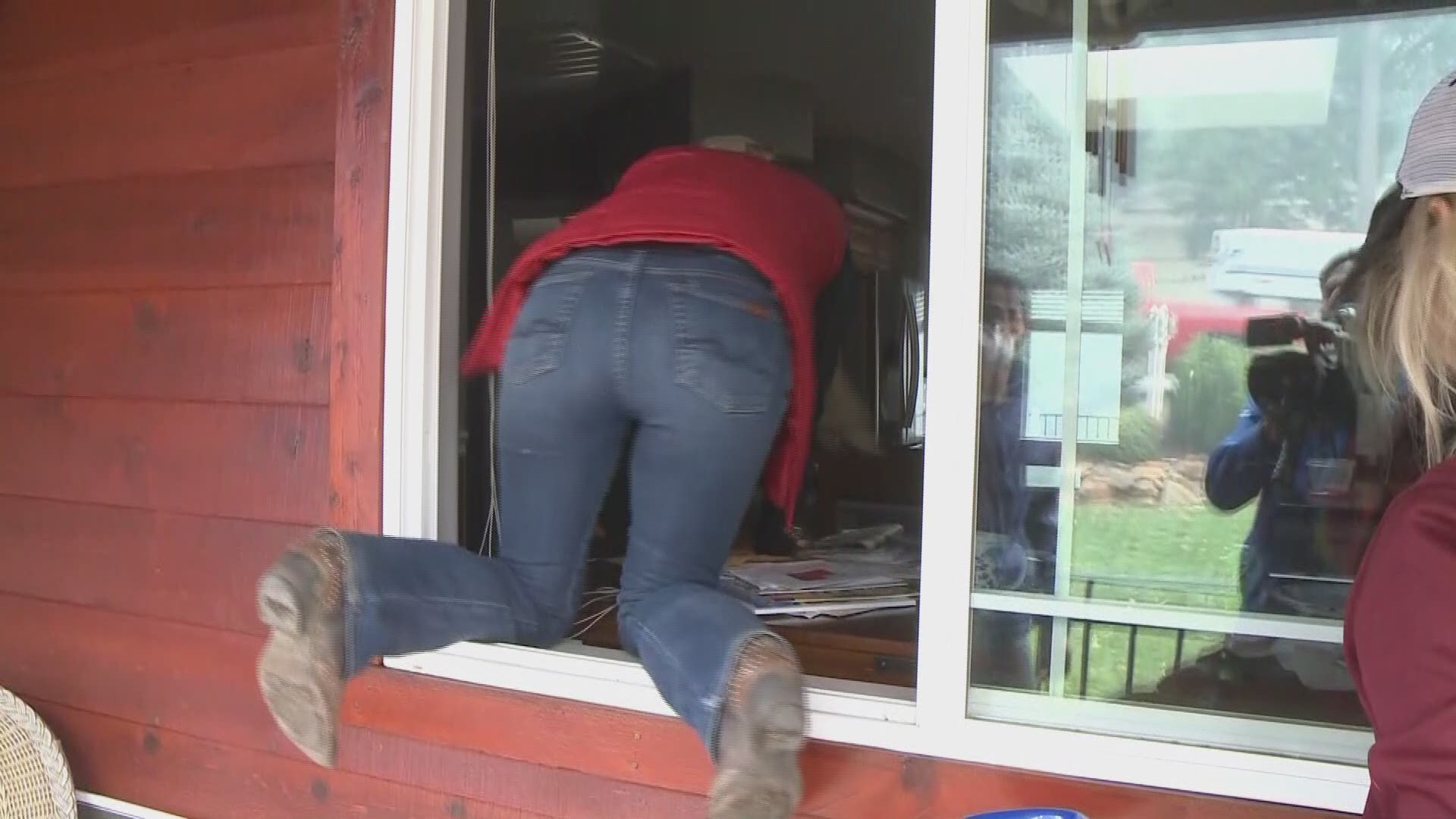 It was breaking and entering with the owner’s permission.

“Here kitty kitty kitty," said one rescuer talking through an open window of a home.

The task was finding Gabby the cat at a home on Troy Lane in a woodsy neighborhood in Magalia.

Leah Parker and Ashley Prestesater are with the animal rescue group Cowboy 911. They were contacted by homeowners desperate to know if their beloved animals are still alive. Time is not on their side.

“We’re on the sixth day, we don’t have much time. A lot of hungry animals. A lot of animals out here to get to," Parker said.

Magalia is just north of Paradise. It's higher in elevation and much more heavily forested than it's neighboring city virtually wiped out by the Camp Fire. Here, we found entire neighborhoods in Magalia untouched by the fire.

Debbie Carpenter saw her Magalia home for the first time since the fire. She was overjoyed it was intact and her three cats were safe inside, too.

“It’s, um, kind of overwhelming," Carpenter said. "People are gonna be upset and shook up, but you know at least not everything is destroyed."

Block by block, the two women searched for any signs of life. They poured open a bag of food for two, curious deer hanging out in a home's driveway. Then, the rescuers heard loud barking.

It was a dog, alone in a the backyard of a home. They were able to get the dog over the fence and take him away in their horse trailer.

“He’s obviously, ya know, hasn't been around people for a long time so he is super excited to see a human," Parker said.

Also rescued at the home, a scared little dog and a skinny, hungry cat. All will be taken to the Chico Airport with the hope for happy reunions with owners who won’t worry anymore.