Some 60 Camp Fire victims are still living at the Silver Dollar Fairgrounds in Chico, but, with heavy rains have causing the parking lot to flood, the water is rising toward these survivors’ RVs and trailers. 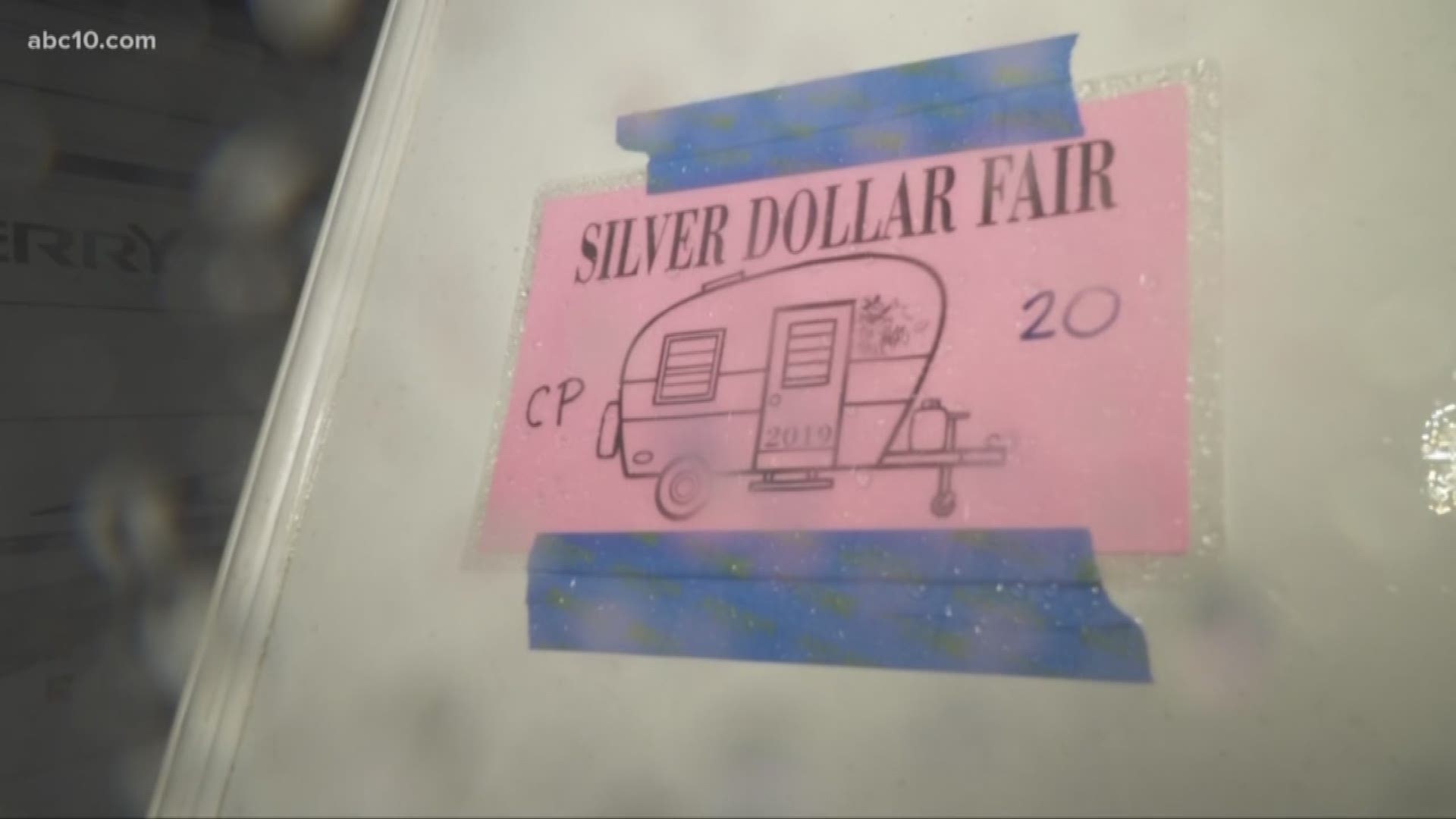 CHICO, Calif. — First, flames chased Camp Fire survivors from their homes, and, now, water has become the threat. In the months following the deadly Camp Fire of early November, many victims stayed at the Silver Dollar Fairgrounds in Chico, in tents, trailers and RVs.

The Red Cross and Butte County ended emergency shelter services there on Feb. 15, but some 60 Camp Fire survivors are still living there in RVs. Instead of staying for free, however, they now have to pay rent.

Dan Bovee is one of them.

However, recent heavy rains are flooding the RV lot and threatening to reach these mobile homes.

“This storm has created this lake out here,” Bovee said, gesturing to an expansive, growing pool in the center of the large camping area. “I had to call into work today; I couldn't get through because it's been creeping up more and more."

After losing his home in the Camp Fire in early November, Bovee has been living in a donated trailer at Chico's Silver Dollar Fairgrounds since Christmas.

"I need to stay local," Bovee said. "My daughter's here and my job is here, so I wasn't one of the persons that could leave town and get out from under all of this."

Now, his home is becoming waterfront property. As of Tuesday evening, the water was at least a foot deep – and rising.

Nick Soto lives in one of the homes closest to the floodwater.

"It's coming up faster,” Soto said, standing at the edge of the pool, only a few yards from his RV. “It gets any further, well, then we're just going to sit it out."

He, his wife Cindy and their four dogs live in the RV. They had been living on his sister's property in Paradise, but that burned in the fire.

"So, here we are fending for ourselves, and, now, we've got this storm that's here and that's getting pretty big,” Soto said. “Not much we can do. Most of us are waiting for FEMA."

"It's hard,” Bovee said. “Once the smoke clears and the fire goes away and the press leaves, people to tend to forget.”

He is banking on FEMA.

"Unfortunately, I was one of the unlucky uninsured people up there,” Bovee said.

He’s grateful to have shelter and a full-time job, but his trailer home at the Silver Dollar Fairgrounds in Chico is a temporary solution. And right now, rising floodwaters are threatening even that.

WATCH MORE: 5 hacks to get you through a power outage

With the winter storms that will pass through Northern California this week, it's important to be prepared in case you're left without power.