Massive 80-acre basecamps house the workers that will rebuild Paradise

When fully operational the so-called "man camps" will house nearly 1,600 workers, as well as the tools and equipment needed for the colossal rebuilding project. 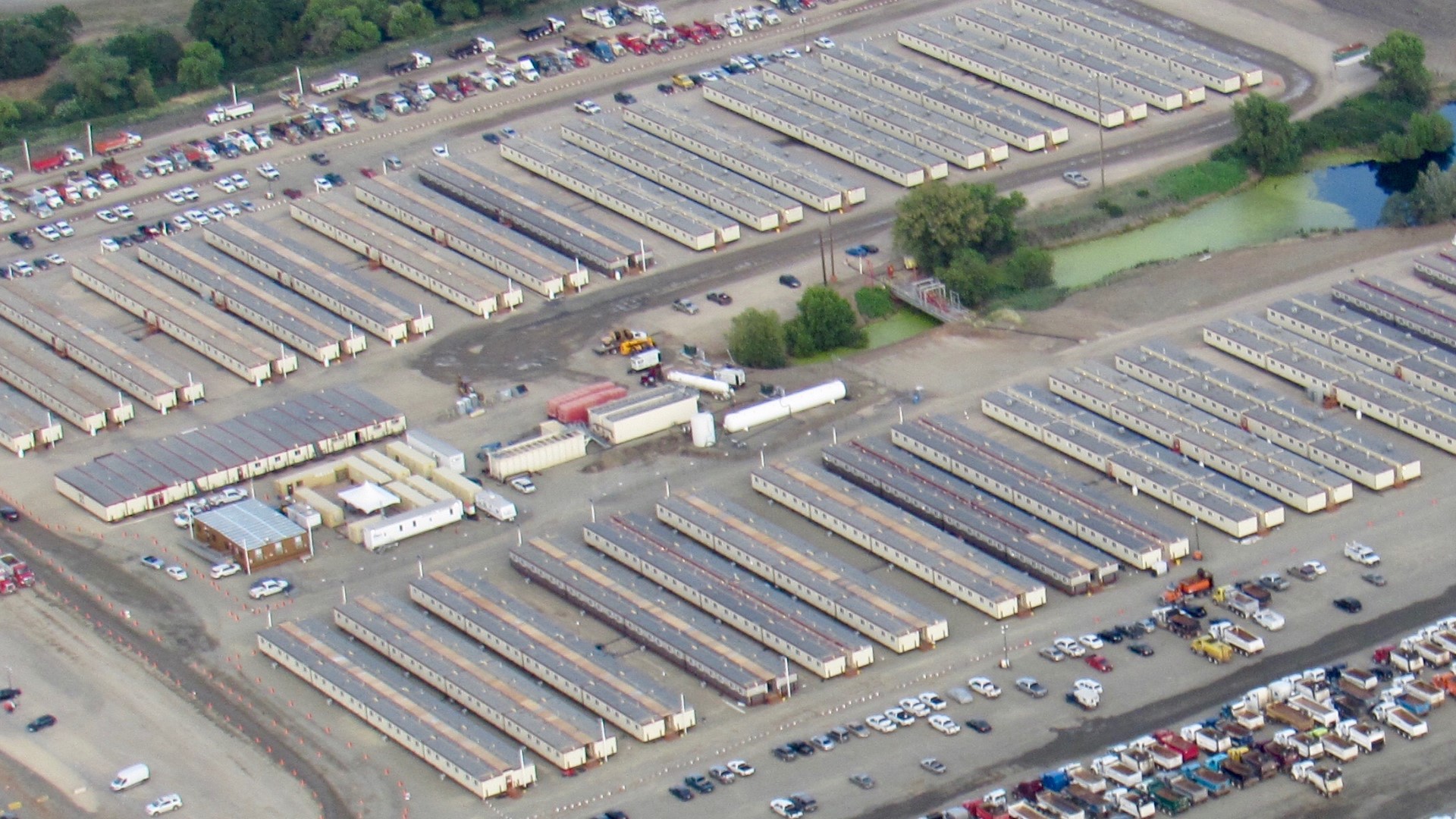 OROVILLE, Calif. — Workers have come in from around the country to rebuild the town of Paradise. In order to accommodate all the people needed to do the work, two basecamps, also nicknamed "man camps" are being built.

One of the camps is located just south of the town of Oroville on Feather River Boulevard. Its 80-acre footprint rests on the site where the Louisiana Pacific Lumber Mill used to sit.

More than 900 people are already living on-site. When it's completed in just a couple weeks, the basecamp will be able to house and feed 1,584 men and women.

READ ALSO: PG&E could cut your power to prevent wildfires. Is it time to own a backup generator?

Rob Knabe is the president of Cobalt Equipment Inc. The company is responsible for providing a semblance of home for all the workers making the daily trek to Paradise.

Knabe said the basecamp is nearing full function. When up and running, the facilities ample kitchens will be able to churn out 385 meals an hour.

All those people mean a lot of waste. In order to accommodate this, Walter Seidenglanz with A-Company Sanitation said a fully functioning waste treatment plant has been built.

"It's a completely packaged system," explained Seidenglanz. "All the wastewater comes in, it's run through the digesters, the cleaners, the aerators and then out. And then we actually transport it, once it's been clean, to the local sewage treatment facility for a final cleaning."

Perhaps the most remarkable part of this massive operation is the fact that it's only temporary.

"We've been working on this project for about 45 days," said Seidenglanz. "It's been a tremendous amount of work, a lot of capital being spent, a lot of infrastructure being brought in. As you can see, all these units have to be brought in. But when it's all said and done, all of it will leave. All of it will go back to its various homes around the nation. And again this will be a flat, vacant piece of property."