Need to Know: How bad air quality affects you

The people most at risk are those with upper respiratory conditions and children under the age of 10. The air quality in Sacramento is especially poor due to the Camp Fire in Butte County. 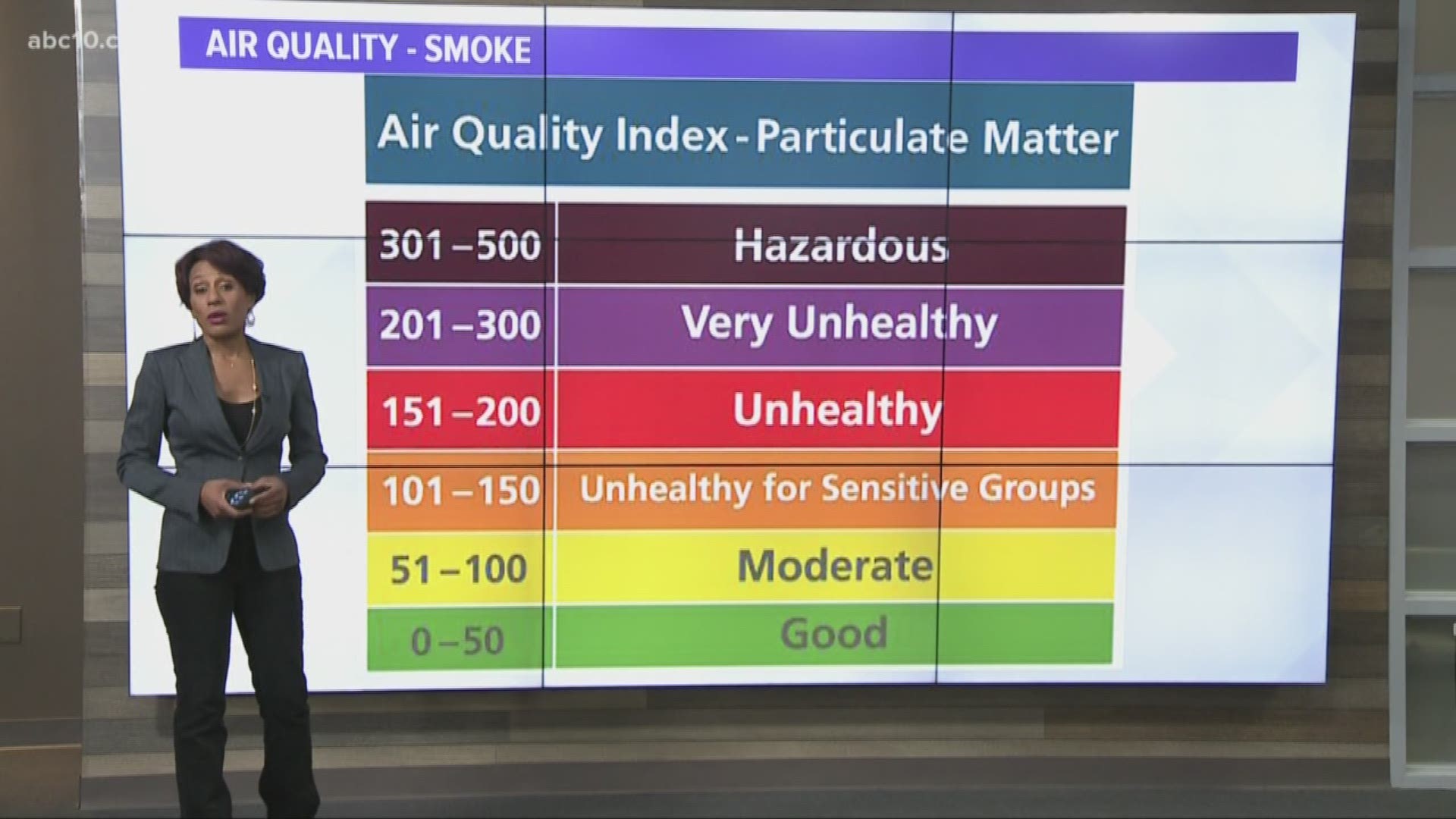 Hazardous levels of smoke built up Thursday afternoon from the Camp Fire in Butte County, causing many places in the Sacramento Valley to reach levels well into the hazardous range for several hours.

ABC10 spoke with an expert who explained why the smoke is so hazardous to health:

Until one of those elements start to improve, the smoke is here to stay. The concern level is so high, that some school districts will close on Friday.

RELATED: Here's what Sacramento-area schools are closed on Friday, Nov. 16

Dr. John Balmes, a professor of environmental health sciences at the University of California, explained the effects of prolonged exposure to the unhealthy air.

The people most at risk are those with upper respiratory conditions and children under the age of 10.

"Exposure to wildfire smoke can lead to a number of different health issues," he said. "Pneumonia, coughing, and in some cases bronchitis, headaches, moodiness, stress and with limited outdoor access it can cause kids to act out."

Dr. Balmes also stressed that we have now entered the cold and flu season. That, combined with the wildfire smoke in our the county, adds to the importance of staying indoors as often as possible.