The family says they have so much grief yet so much gratitude since they still have each other. 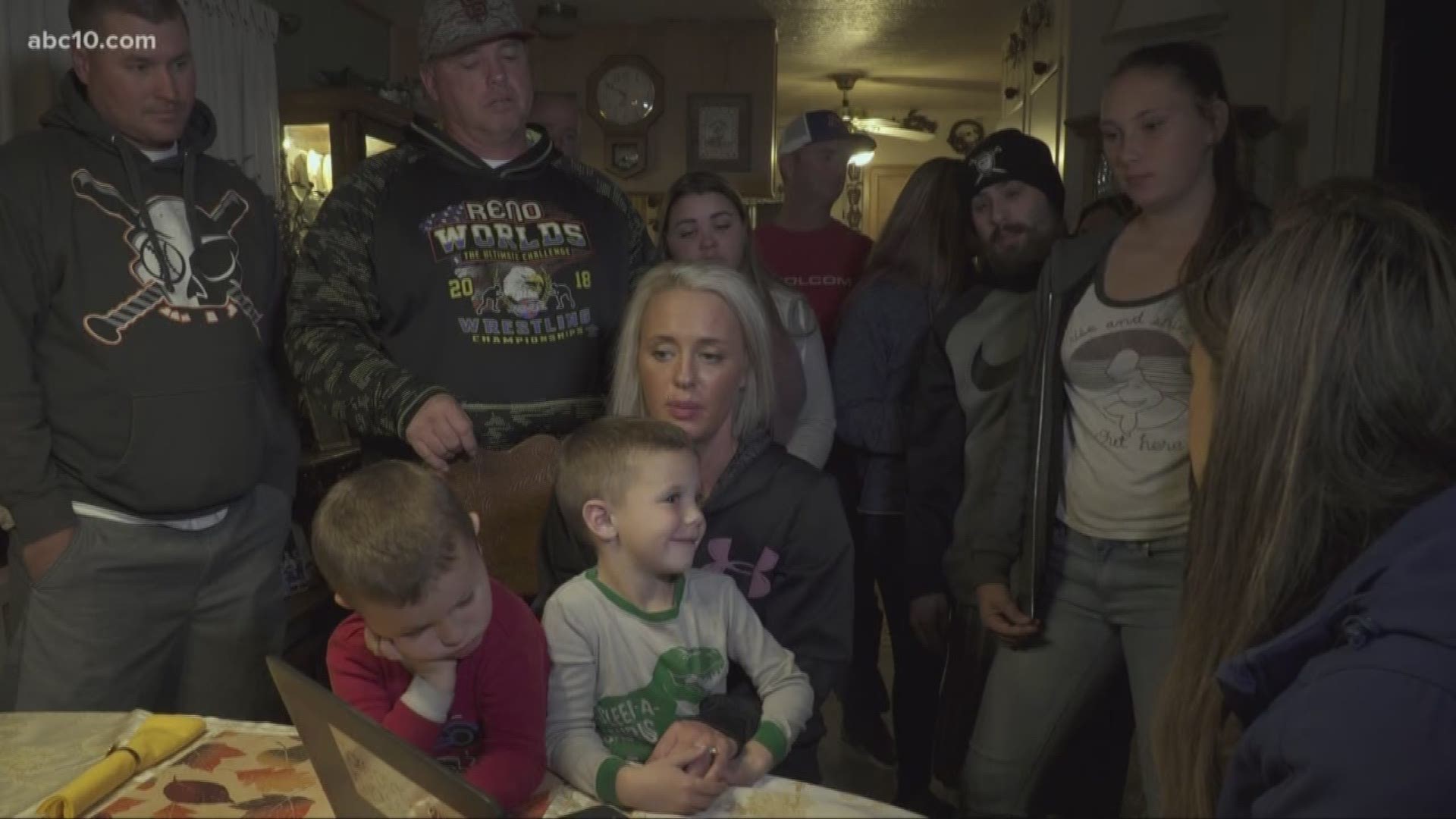 PARADISE, Calif. — The Hyatt family has been in the Paradise area since 1959. Across the family, they own at least 15 homes in the area.

Last weekend, as the Camp Fire began ripping through their town of Paradise, the family fled as those 15 homes were engulfed in flames. By Monday night, the Camp Fire became the deadliest and most destructive fire in California history, killing at least 42 people and destroying 7,177 buildings — 6,453 of those were homes.

Dozen of Hyatt family members were displaced because of the Camp Fire. Carol Wagner, who evacuated when the fire sparked November 8, is one of them.

"Within 27 minutes of leaving my house, it went from light to dark," Carol remembered. "We were gridlocked in traffic."

Carol said she had to make a decision of whether to stay in her car and try to beat traffic or leave all of her belongings behind and run.

"Am I gonna stay here and burn or leave my car," Carol recalled her decision. "I'm gonna be faster running on the road than in gridlock traffic. I parked my car on the side of the road and told my daughter we're running. Grabbed my dog and we went down the road."

A few miles away in Paradise, off Lurena Avenue, her niece Amanda Wagner was evacuating, too.

"When we were leaving it was pretty scary," Amanda said. "We saw people running down the road carrying their babies on bikes. The kids were crying, too."

Each family member has their own story of survival — each story equally gripping. Despite the tales of tragedy, they said are thankful they're unharmed, even if their homes aren't.

"Right now everybody in our family is accounted for," Amanda said, "and we're really thankful for that."

If you would like to help out the family, the family has set up a GoFundMe page.