Residents have been advised to only use lukewarm water in a ventilated area when showering, wash clothes in cold water, do not take baths, and do not let pets drink the water. 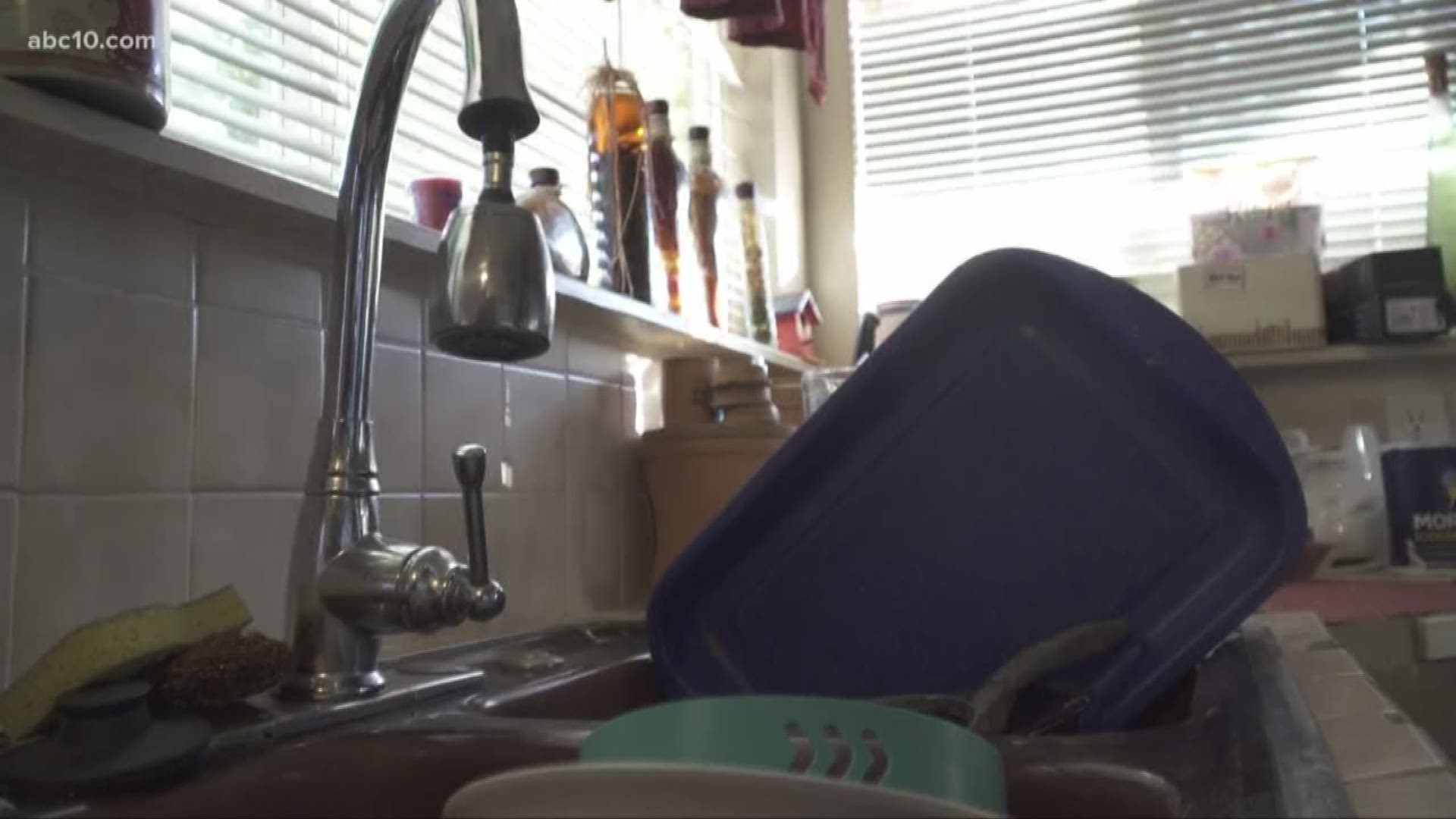 PARADISE, Calif. — Robin Giusti expects to live through wildfires. It’s something that comes with living in a heavily forested area like Paradise, Calif. What she did not expect is the conditions in which she would be living six months after her house was left untouched by the Camp Fire.

Giusti and the hundreds of people still living in Paradise (around 26,000 people lived there before the Camp Fire, according to census data), are now dealing with a clean water issue after contaminants were found in testing.

"It's kind of terrible because you can't sit there and cook with it and drink with it, so you have to get bottles of water," Giusti said.

Paradise Irrigation District recently took 500 water samples from burned structures to test contamination levels after the Camp Fire. The tests came back with 30 percent of the samples containing benzene, a chemical that could cause anemia, leukemia, and alter immune systems.

Kevin Phillips, the district manager with the Paradise Irrigation District, said they believe the water got contaminated when water lines broke during the fire. Phillips said the water was rushing out of the pipes and the pipes outside dried up.

"Those pipes outside dried up, which creates a vacuum,” Phillips explained. “That vacuum sucks in the outside air and so all of the contaminants from the houses being burnt, or any meter or plastics being burnt, is being sucked back in as a gas.”

The irrigation district is still trying to pinpoint where it started and are doing an additional 100 tests from both burned and standing structures. They're hoping to get those results in a few days.

Meanwhile, many people are still living in limbo.

Because of the benzene levels, residents are being urged to not drink tap water and to only use bottled water. Some of the things they've advised people in Paradise is to only use lukewarm water in a ventilated area when showering, wash clothes in cold water, do not take baths, and do not let pets drink the water.

They're telling people to use bottled water to brush their teeth, make ice and food. Some people have bought filtration systems, but the irrigation district cannot guarantee the water is safe.

At the town’s Hope Center, there was a line of people in the afternoon waiting to get free cases of bottled water for Paradise residents.

Shawn Harris says it's part of her routine.

"We probably go through four to five cases a week," Harris said. She uses bottled water to drink, cook, and make coffee. Her home survived the fire, but she had to move into a trailer on another property.

Even though the water has become an inconvenience, people know at the end of the day they are fortunate.

"I don't think everything has all the way sunk in," Giusti said. "I have my emotional days."