PARADISE, Calif. — Ben Lepe is searching through the Paradise rubble for lost pets who survived the Camp Fire. And he's been very successful with his traps.

On Sunday, he trapped Kingston, a dog who survived on his own for 101 days after jumping out the back of his family's truck while they evacuated the burn area. Lepe scouted him out for two weeks.

"It's an awesome, rewarding feeling to know that you have them safe, and they won't have to search for food," Lepe said. "In Kingston's case, what's most rewarding is the family. They get to have him home,"

Kingston was reunited with his owners with the help of Friends of Camp Fire Cats, a group that has helped reunite nearly 50 pets with families since the wildfire broke out.

Many of the cats inside belong to people who survived the Camp Fire. The group is currently working to reunite a cat with it's owner, who moved to Minnesota after the Camp Fire. 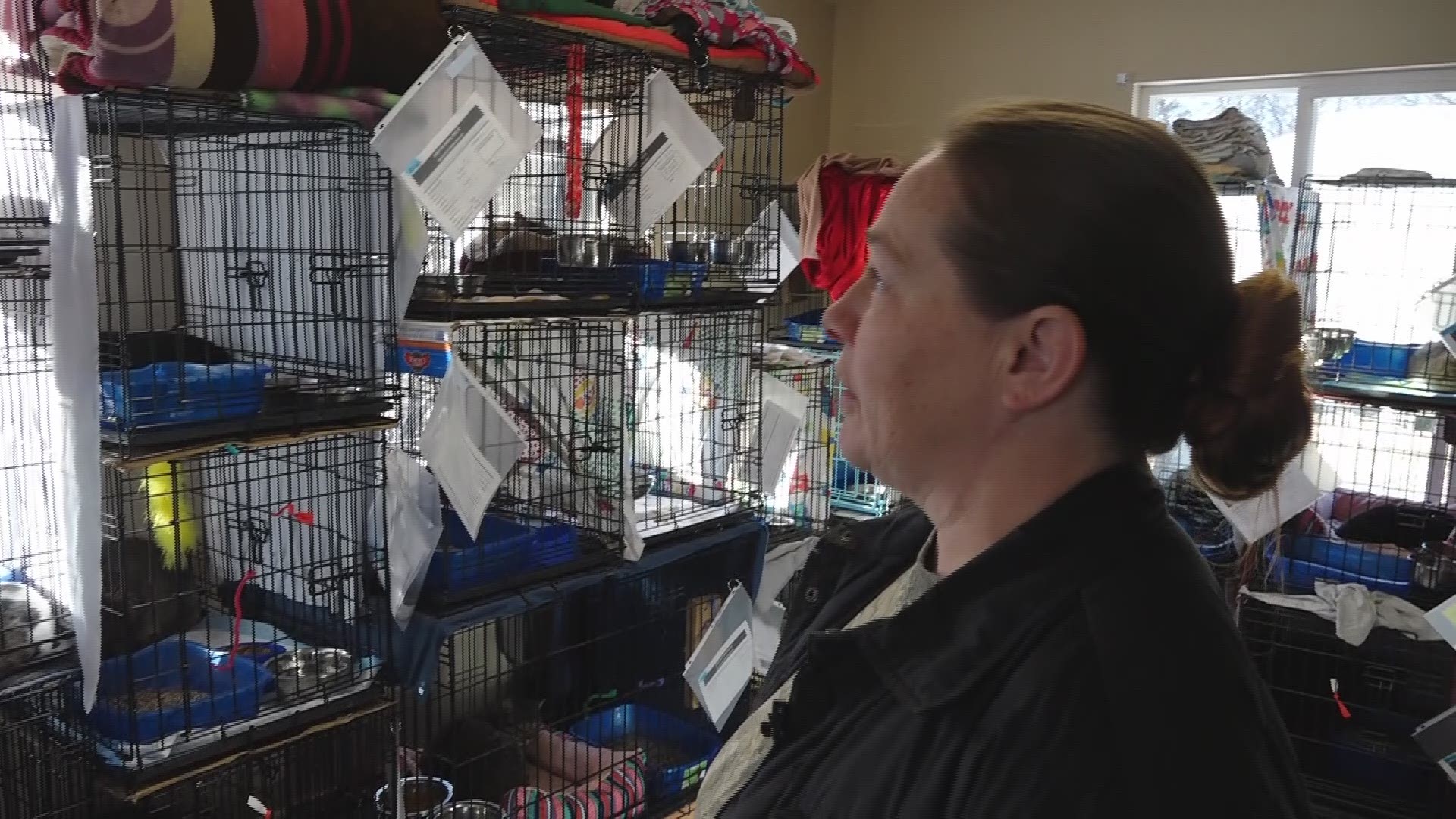 "If you do not have proof that your animal has perished, do not give up," said Hannah Braden with Friends of Camp Fire Cats. "Because we have so many of the cats we have been rescuing, and the ones that haven't been our targets, and they are clearly house cats and they are ready to go home and no one has came forward for them."

After Lepe rescued Kingston, Friends of the Camp Fire Cats jumped at the opportunity to give Kingston a bath and give him back to his family.

"For people who have lost everything, to be able to reunite them with an animal they lost is the light at the end of the tunnel," Braden said.

Lepe's search for animals is not going to stop anytime soon, because he said he's still on the lookout for his best friend, Colby, who went missing two years ago.

Lepe said he hopes by setting these traps and helping families find their pets, he'll find his Colby someday.

If you're still searching for a missing pet, Juie Ohashi suggests checking fieldhaven.com, librarycat.org, or campfirerescuedanimals.com.