PAWS for the cause: Bill aims at pairing service dogs with veterans who have severe PTSD

The "Puppies Assisting Wounded Servicemembers" Act of 2019, or PAWS Act, would provide $25,000 for a veteran to be paired with a service dog. 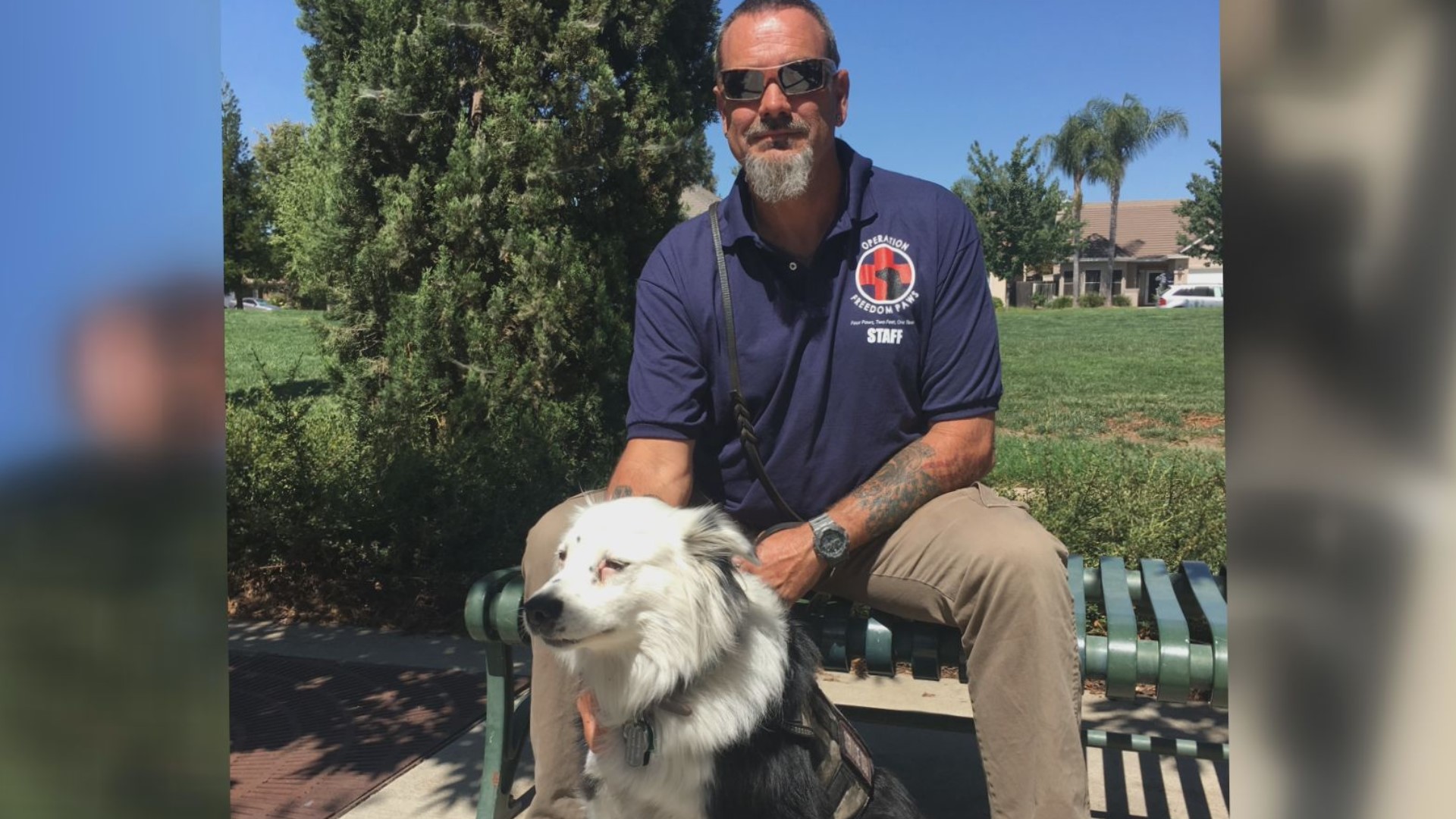 STOCKTON, Calif. — For four-and-a-half years, service dog and border collie Laddie has been by the side of Navy veteran David Janelle.

The combat veteran served in the Gulf War and Operation Desert Storm and suffers from Post Traumatic Stress Disorder after witnessing the aftermath of a mine explosion aboard the USS Tripoli.

"My ship and our search and rescue helicopter were involved with picking bodies up out of the water," says the 52-year old Jennelle, who lives in San Carlos, and also helps trains service dogs.

The indelible impact made Jennelle, in part, pull back from society, shying away from crowds. But, thanks to Laddie, that doesn't happen anymore.

It's that kind of success that a congressional bill dubbed the "Puppies Assisting Wounded Servicemembers Act of 2019, or PAWS Act, aims to provide for other veterans.

$25,000 would be available for veterans with PTSD to be paired and trained with a service dog, paid for by the Veterans Administration.

Right now, non-profits supply the dogs through donations, and the VA won't pay for service dogs.

Cortani served in the Army from 1975 to 1984 and was a military police K-9 handler and instructor.

Turlock Congressman Josh Harder is a co-author of the PAWS ACT.

"He's there when I need somebody day or night," he said.

Smith believes it was Thunder who saved his life.

In May, the German Shepherd kept oddly resting at his feet. Smith believes it was an alert that something wasn't quite right.

In June, Smith sought out a doctor after experiencing shortness of breath.

"So, on the 13th, they do an angiogram. They go in. They find two blocked arteries in my heart."

For now, the PAWS Act sits in a health and veterans affairs subcommittee.

Two similar bills before it in the past two years failed to move forward, but veterans are hopeful this time around.