On federal probation for six felony convictions, PG&E provides some details to the judge. 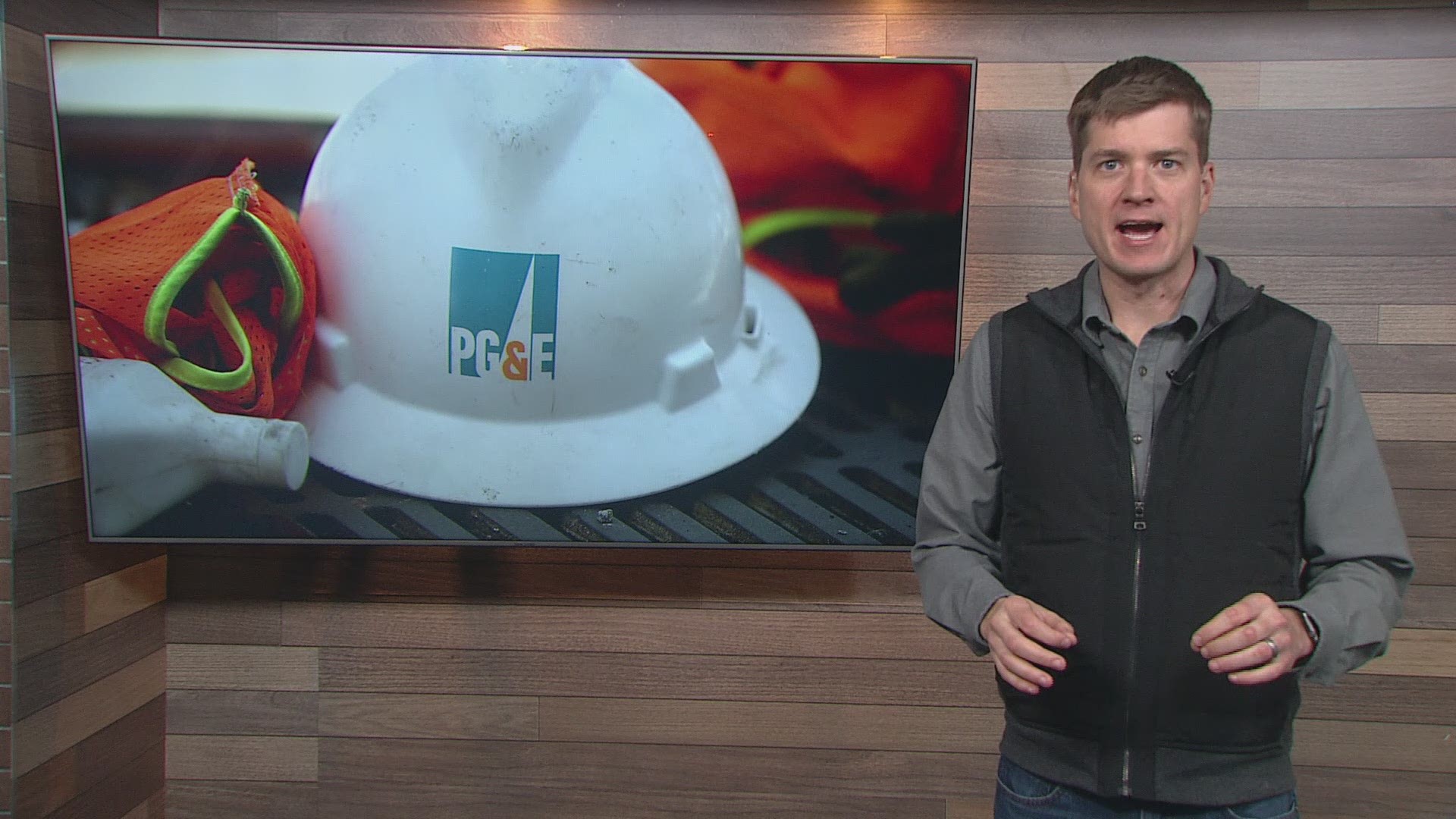 If you are reading in the ABC10 app, click here for multimedia.

With the cause of California’s deadliest wildfire still officially under investigation, PG&E shared details with a federal judge about its history of inspections on a high-tension power line at the suspected origin point of the Camp Fire’s flames.

The power company was ordered to submit answers to the federal court handling its probation, part of the company’s sentence for committing six different felonies stemming from the 2010 San Bruno gas explosion.

As with any convicted criminal, PG&E would be in violation of the terms of its probation if it is found to have committed another crime during that time.

In an amicus brief to the court, the state attorney general’s office told the court that it’s possible that PG&E is liable for no crime at all, a misdemeanor, or felony charges as serious as manslaughter or even murder depending on the facts uncovered in the investigation of the Camp Fire.

86 people died when the fire broke out on November 8, 2018, consuming the foothills town of Paradise and surrounding neighborhoods on the ridge that 40,000 people called home.

Many have already filed lawsuits accusing PG&E of starting the Camp Fire.

While PG&E stopped short of accepting responsibility for starting the Camp Fire, the company told the court that there was a broken hook on a 115kV transmission tower at the suspected origin site.

That hook was not observed during a fly-by inspection of the power line that occurred two months before the fire started. Lawyers working against PG&E argue it’s unlikely that an inspection by aircraft would be able to find damage to a part as small as a hook.

Not all inspections are done at a distance.

RELATED: New lawsuit filed against PG&E by 35 families who lost their homes in the Camp Fire

RELATED: PG&E official says 'too soon to tell' fire cause

No issues were noted during the 2014 inspection of this tower, but the detailed inspection in 2009 flagged the tower for replacement of its three-bolt connectors, a different part than the one that failed.

The company also told the court that these connectors were not actually replaced until seven years later in 2016.

PG&E also told the judge that its court-ordered monitor (a former judge assigned to observe PG&E’s safety practices as another condition of the company’s sentence) was receiving information in real time about the company’s response to the wildfire.