PG&E restores power to 98% of customers

PG&E restored power to 98% of impacted customers heading into Saturday. 13,000 customers are still without power. 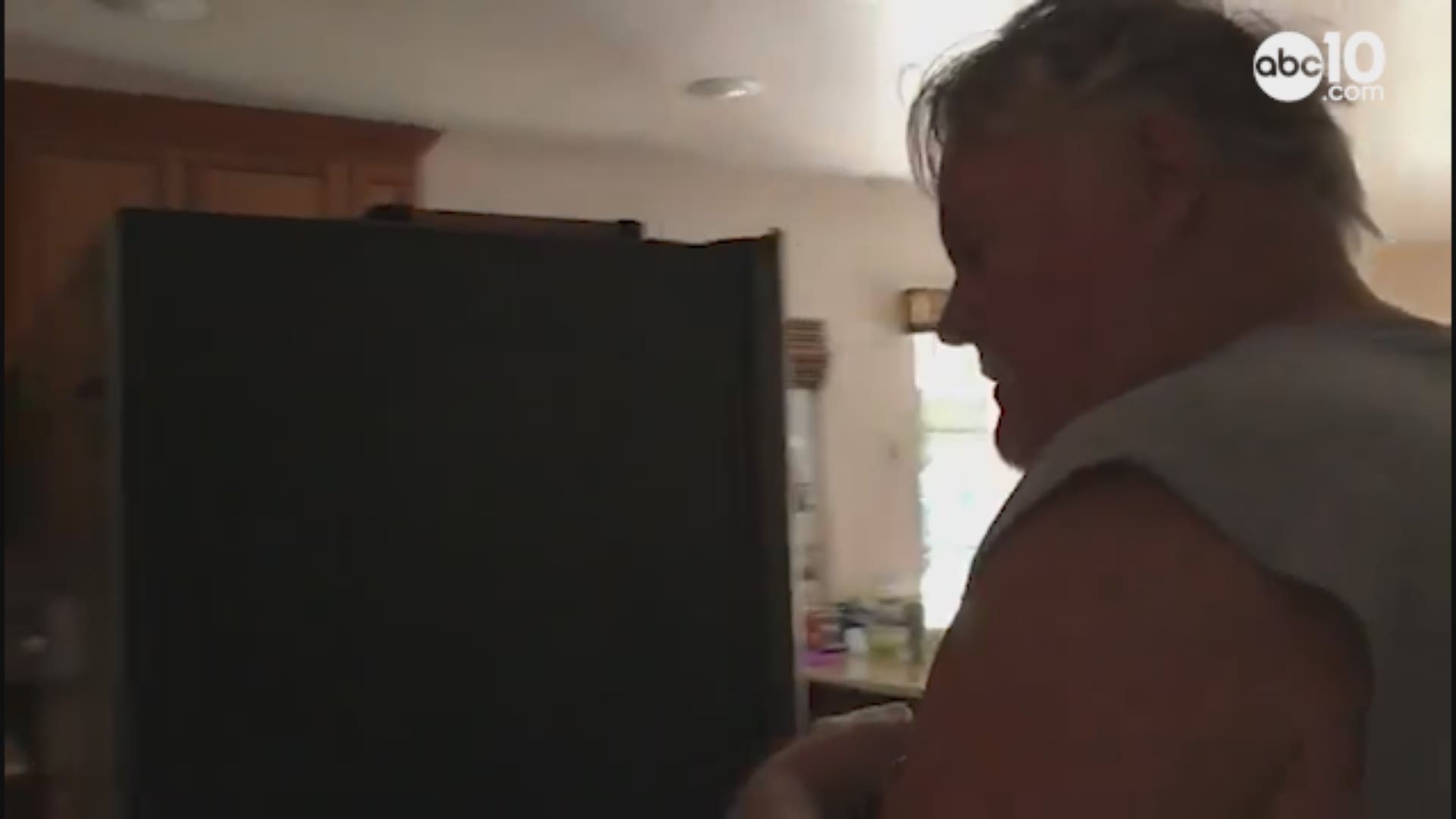 SACRAMENTO, Calif — Power has been restored to thousands of Pacific Gas & Electric customers affected by the Public Safety Power Shutoff.

Thousands of crews are still combing through power lines to restore power to thousands more without power. Power restoration for the impacted communities came throughout the night with PG&E gradually being able to meet their 98% goal.

13,000 customers still remain without power heading into the weekend.

To date, PG&E identified 30 instances of weather-related damage to its system in areas where power was shutoff, according to a press release from the utility. The company is working to address these repairs.

Inspections for the remaining power lines are set to begin at daybreak on Saturday.

Areas impacted by the power shutoff included Plumas, Yuba and Butte counties, where some people are on their third day without electricity. Butte County is where a fire started by PG&E equipment last year decimated the town of Paradise and killed 85 people.

The utility said it was able to restore power after winds subsided and workers could inspect its power lines.

Earlier Thursday night, Gov. Gavin Newsom criticized PG&E during a press conference while customers complained about the inconveniences caused by the unprecedented blackouts that began Wednesday, with many wondering: Did PG&E go too far in its attempt to ward off more deadly fires? Could the utility have been more targeted in deciding whose electricity was turned off and when?

The governor said PG&E was to blame for poor management and should have been working on making its power system sturdier and more weatherproof.

"It's decisions that were not made that is leading to this moment in PG&E history," Newsom said. "This is not from my perspective a climate change story so much as it is a story of greed and mismanagement over the course of decades."

PG&E, though, suggested it was already seeing the wisdom of its decision borne out as gusts topping 77 mph raked the San Francisco Bay Area amid a bout of dry, windy weather.

"We have found multiple cases of damage or hazards" caused by heavy winds, including fallen branches that came in contact with overhead lines," Sumeet Singh, a vice president for the utility, said. "If they were energized, they could've ignited."

Because of the dangerous weather in the forecast, PG&E cut power Wednesday to an estimated two million people in an area that spanned the San Francisco Bay Area, the wine country north of San Francisco, the agricultural Central Valley and the Sierra Nevada foothills. By Thursday evening, the weather had calmed and the number of people in the dark was down to about 510,000.

“We faced a choice between hardship or safety, and we chose safety," said Michael Lewis, senior vice president, electric operations."We deeply apologize for the inconvenience and the hardship, but we stand by the decision because the safety of our customers and communities must come first."

PG&E's mass shutoffs have been a result of a court-ordered plan to try to prevent their transmission lines from starting wildfires during dry and windy days. The company's power lines caused wildfires that killed more than 100 people since 2017, including last years Camp Fire, which also leveled the entire town of Paradise.

Utility CEO Bill Johnson promised if future wind events require similar shut-offs, the utility will "do better" at communicating with customers. It's unacceptable that its website crashed, maps were inconsistent and call centers were overloaded, Johnson said.

"We were not adequately prepared," he said.

The shutoffs started early Wednesday morning, as PG&E cut power to more than 500,000 homes and businesses in Northern California. After a day of delays, the utility company cut power to much of the Bay Area outside of San Francisco.

By Thursday morning, more than 730,000 customers had lost power. It's unclear when all customers will have their power restored, but PG&E has said it could be days.

Experts say the big shut-off will yield important lessons for the next time.

Deliberate blackouts are likely to become less disruptive as PG&E gets experience managing them and rebuilds sections of the grid so that outages can be more targeted, said Michael Wara, a researcher on energy and climate policy at Stanford University.

Grids are built and operators are trained to keep the power on at all times, so the company and its employees have little experience with intentionally turning the electricity off in response to rapidly changing weather, he said.

"That's a skill that has to be learned, and PG&E is learning it at a mass scale right now," Wara said.

A blaze ripped through a mobile home park in Calimesa, a city about 65 miles east of Los Angeles, destroying dozens of residences. The fire was started when trash being hauled caught fire and the driver dumped the load aside a road, according to Riverside County officials.

WATCH MORE: The story behind PG&E's shutoffs: Fire - Power - Money. Inside California's burning crisis and how it's going to cost us all: