Pilots come to rescue of fire victims with donations from Sacramento

The pilots plan more flights and collect even more donations including many from Southern California. The pilots are also collecting donations to purchase $25 gift cards for victims of the fires. 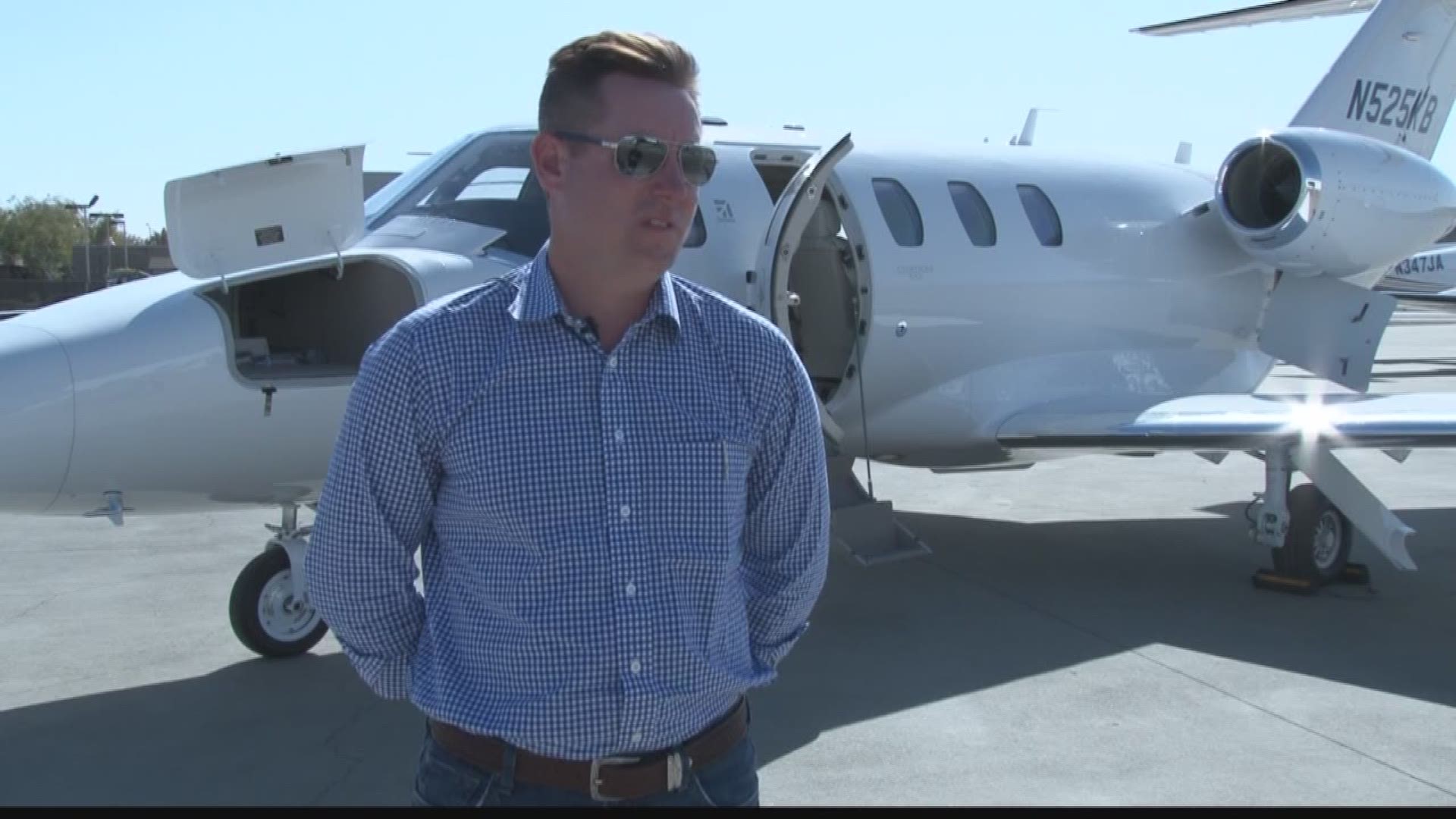 When Matt Keegan finally made it back to his custom built Santa Rosa home, he found it a total loss.

As fierce winds fanned the fire towards his house, he was away on business. However, his wife and two young children were home.

A knock on the door awoke them and they barely made it out alive.

"So she did and 15 minutes later after she left, the house was engulfed," said Keegan.

But instead of feeling helpless, Keegan and his fellow pilots came up with a plan: help those in Santa Rosa with essential supplies donated by many others they know in Sacramento and beyond.

"People are reaching out from all over the state saying we have stuff. We want to support. And I said, that I can solve. So called some friends with airplanes and said let's put our airplanes to use and start moving stuff," said Keegan.

Sacramento businessman Scott Adams helped to coordinate it all.

So far, they have flown six plane loads of donations to Santa Rosa and are planning for more.

From cases of bottled water to baby wipes and trash bags, donations have come from everywhere including Olympus Junior High School in Roseville to Textron Aviation at the Sacramento International Airport providing facilities and logistics.

Todd Sheppard is a Santa Rosa pilot who has seen the destruction first hand.

"The first few days we spent most of the time helping people evacuate animals. We got horses on our property, people's boats and RV's," said Sheppard.

The pilots plan more flights and collect even more donations including many from Southern California. The pilots are also collecting donations to purchase $25 gift cards for victims of the fires.

They have set up a website called sonomacountyfirerelief.com to take donations.