While large parts of it have seen recent updates, the work is far from done. Leaders said they are about nine years behind in improvements. 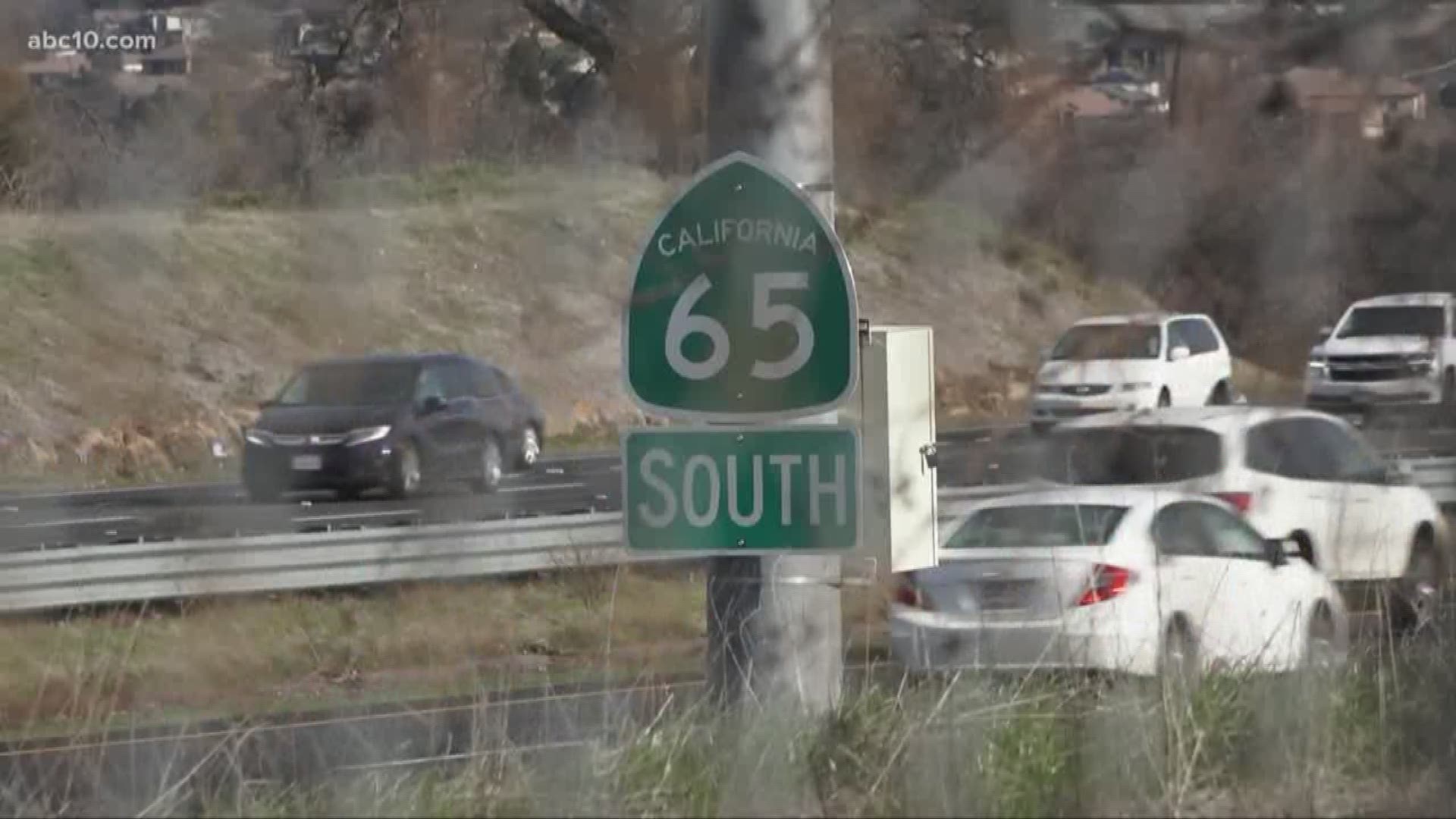 PLACER COUNTY, Calif. — A vital stretch of highway in South Placer county could soon be getting wider. Before that happens, though, some county leaders want voters to pass a tax to help pay for it.

The highway is a busy one that helps connect Roseville, Rocklin and Lincoln. While large parts of it have seen recent updates, Mike Luken with the Placer County Transportation Planning Agency, said the more work is needed in order to serve these growing communities.

"We were able to complete the first phase of the 80/65 interchange in September," Luken said. "Temporarily relieved traffic congestion in the northbound direction and it helped with the interchange at Galleria and Stanford ranch."

But the work is far from done. Luken said they are about nine years behind in improvements. Federal and state dollars will pay for some of the upgrades, but the other half is up to Placer County.

That's why the planning agency wants voters to decide on a half-cent sales tax in November.

"In the past year, we've been going out and saying 'Is this important enough to put this measure on the ballot,'" Luken explained. "Together with that and polling potential voters in South Placer County, our board will take both sets of data and determine whether we should move forward or not."

"Hell no. Hell no," said Lincoln resident Jo Thornton. "We are taxed every time we turn around."

Dino Petrovic of Rocklin agreed, adding, "Taxing people even more, is not a good idea."

A similar tax was on the ballot in 2016 but just missed approval.

Now, because of special legislation, the planning agency can limit the vote, and tax burden, to people who live in Roseville, Rocklin and Lincoln.

"It is really the only solution," Silhi said. "I'm definitely not a pro-tax person, I think we have quite enough of it, but what we do also have is we're nine years behind on our transportation infrastructure projects.”

Silhi pointed out that part of the money would also come from people who use Highway 65 to shop local. But the tax is just a proposal at this point.

The planning agency is holding a community input meeting from 6 to 8 p.m. Thursday evening at Old Town Pizza in Lincoln. Anyone is invited to attend.

"We're examining the feasibility of creating a local funding source," Luken said. "The sales tax measure is one way to do that."

WATCH MORE: Inside the Vote Count: This is what happens to your California ballot