4 Sacramento police officers released from hospital after night of protests

Sacramento police said the officers were taken to the hospital for injuries after they were sprayed with a "liquid irritant." No arrests were made. 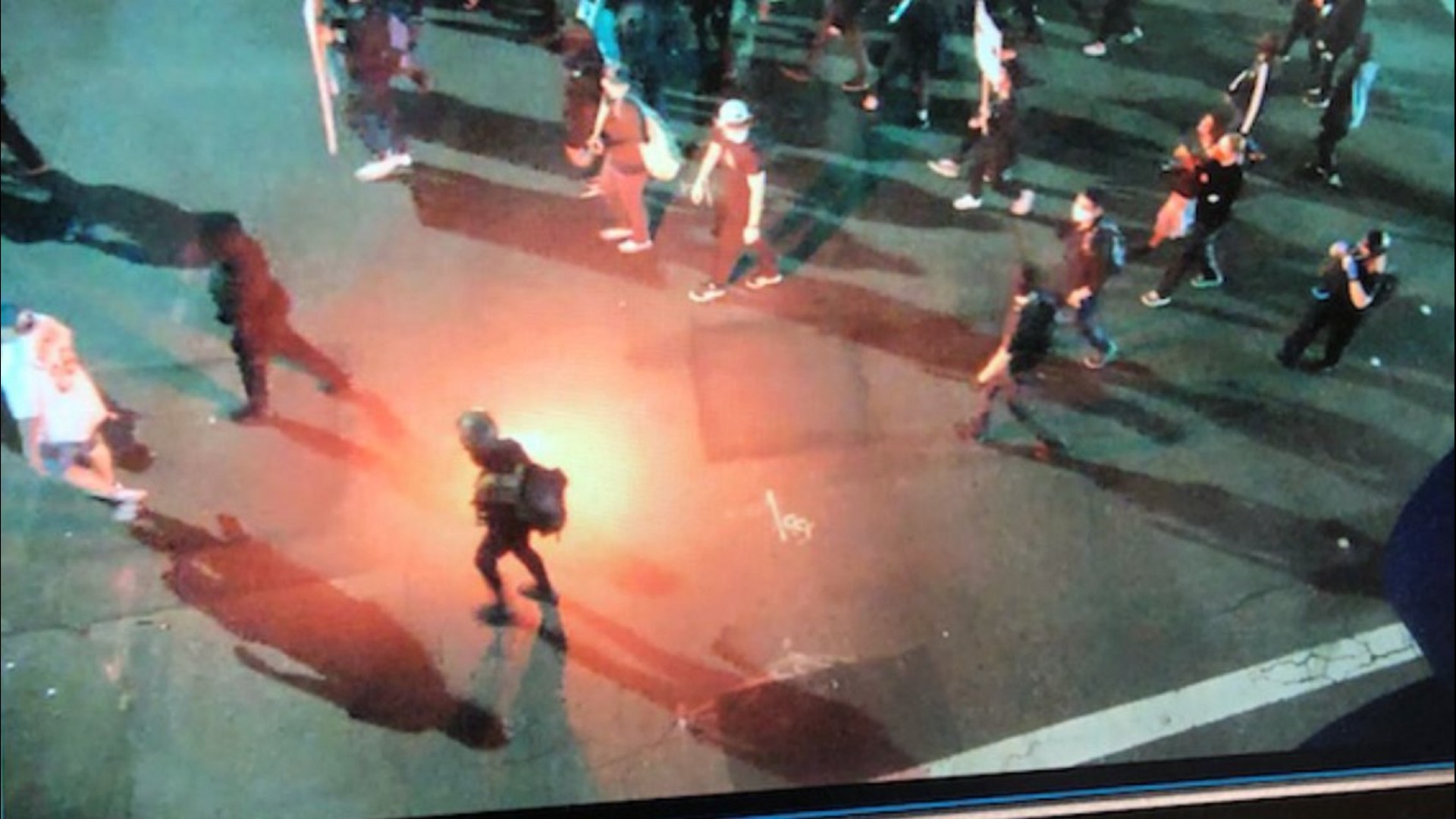 As of Sunday night, Sacramento Police Department said they have not made any arrests after four of their officers were sprayed with a "liquid irritant" on Saturday.

A spokesperson for the department said the circumstances of the incident are under investigation.

Sacramento police said that all four officers that were sprayed have been released from the hospital. The substance has still not been identified, but police are still investigating to determine what it could be.

A group of more than 50 protesters has dispersed, according to Sacramento police.

Police said four officers were taken to the hospital for injuries after they were sprayed with a "liquid irritant." There were also two reports of vandalism.

Officers did not make any arrests but they will follow up on these incidents.

Sacramento police declared an unlawful assembly Saturday night after they say more than 50 people showed up  to the state Capitol wearing all black and performing "black bloc tactics."

The group is currently standing near the area of 20th and K Streets. Police recommend to the public to use alternate routes as they monitor the protests.

Some of the protesters threw rocks at officers, police said. They also said law enforcement found a duffel bag filled with rocks moments before the demonstration began.

Officers said they saw some businesses vandalized during the protest.

The protest comes almost a couple of hours after another demonstration to express their pain at a makeshift memorial for people of color who died at the hands of police, including Daunte Wright, Adam Toledo, Matthew Zadok and George Floyd.

A protester told ABC10 that he was glad to see so many came out to support, but that they are still grieving.

"Wounds heal slow," he said. "So you're going to see what you're seeing all across the country, and no one can be upset, and if you don't understand the plight of being a Black person in this country."