The announcement of the family’s plan to take legal action is expected to happen at the sheriff’s office in Downtown Sacramento at 4 p.m. Monday. 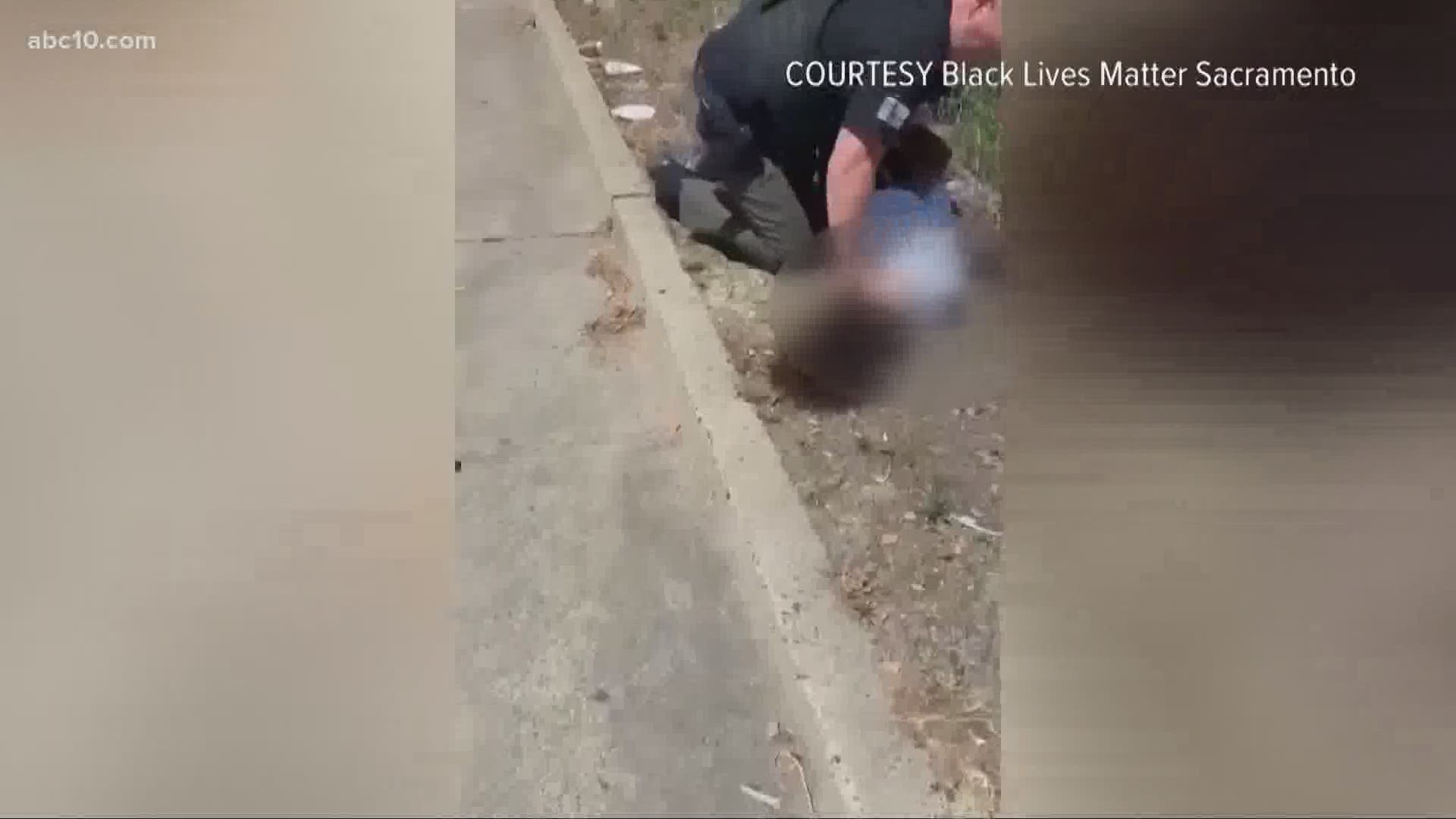 It comes after a video of the violent encounter from April 27 was released.

The announcement of the family’s plan to take legal action is expected to happen at the sheriff’s office in Downtown Sacramento at 4 p.m. Monday.

The 14-year-old’s aunt is bringing the case on his behalf. Her attorneys say that this is the “first step toward bringing legal action for violations of the boy’s civil rights as well as other misconduct”.

The 15-second clip was filmed by a friend of the boy. It appears to show the teen lying on the ground as an officer pins him down and punches him.

The Sacramento County Sheriff's Office and Rancho Cordova Police Department are investigating the deputy's use of force in the incident, according to a statement.

The Rancho Cordova Police Department said the deputy was patrolling the area of Mills Station Road and Mather Field Road because of complaints about “hand-to-hand sales of alcohol, tobacco, and drugs to minors”.

The deputy believed he saw an exchange between an adult and a juvenile, authorities said. According to the department, the teen told the deputy he was 18-years-old and say that he was “uncooperative and refused to give the deputy basic identifying information”.

In an interview, the teen expressed remorse for the incident and an urge to speak to the officer. An attorney for the family spoke at a news conference last week.

"Where's the officer's remorse? Why is a 14-year-old boy showing an officer, a grown man, what to do and how to behave here?" attorney Adante Pointer said.

The Rancho Cordova police chief has said that she shares the same concerns as the community and is dedicated to mending ties and ensuring the excessive force investigation will be carried out efficiently and with compassion.

Again, the Law Offices of John Burris said the announcement will be made at the Sacramento County Sheriff’s Office in downtown Sacramento at 4 p.m. Monday.