Rancho Cordova Police Department became one of the first in Northern California to add an officer focused on illegal marijuana investigations and enforcement. 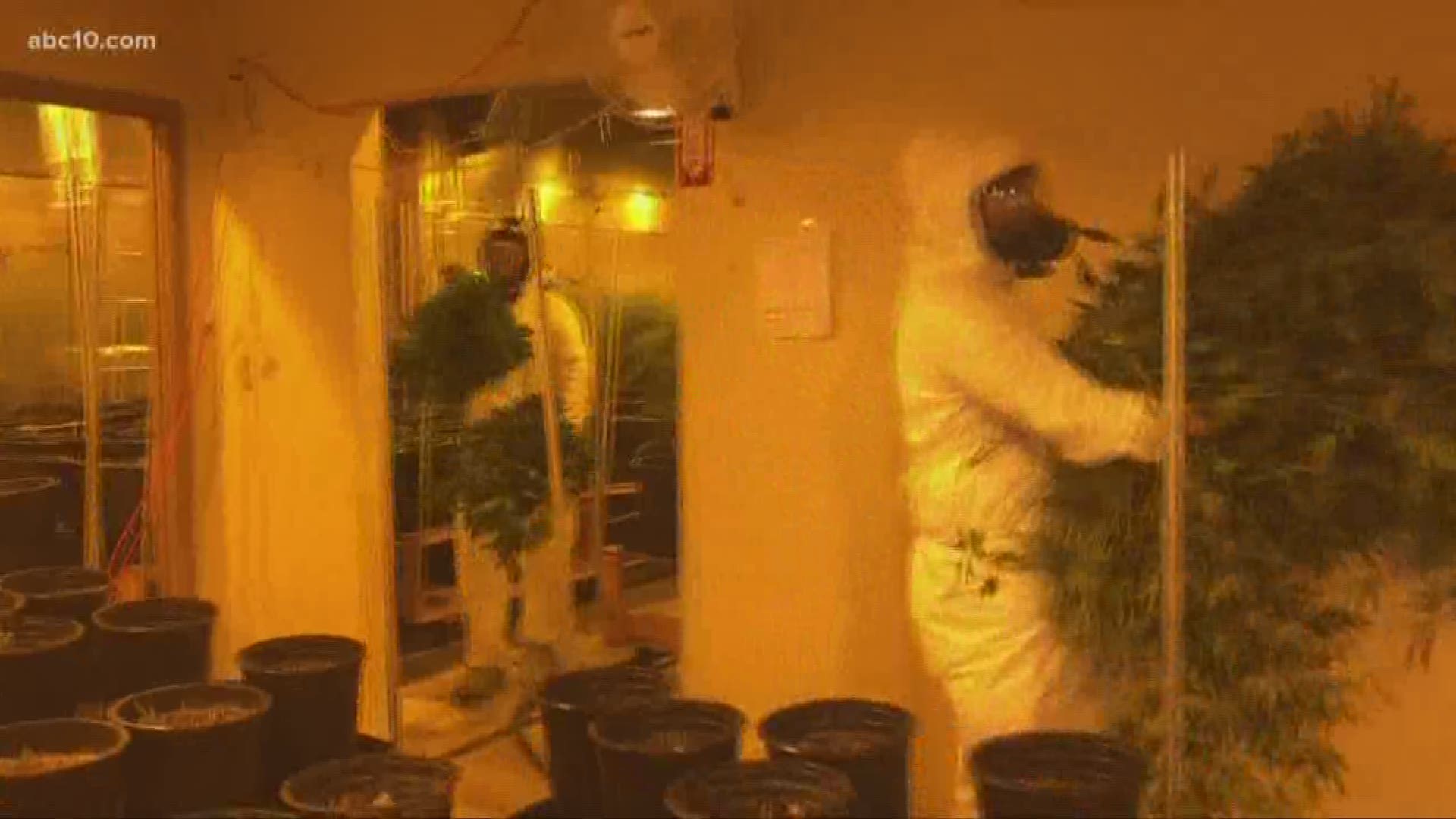 RANCHO CORDOVA, Calif. — The Rancho Cordova Police Department is taking a proactive approach to identify and bust illegal marijuana grows in the city.

“We have listened to our community’s feedback, they’ve asked for this for years,” Rancho Cordova Assistant Chief of Police Jeff Schelldorf told ABC10.

The department became one of the first in Northern California to add an officer focused on illegal marijuana cultivation investigations and enforcement. The full-time officer investigates tips from the community and helps the department take action to stop the unsafe and clandestine operations, Assistant Chief Schelldorf said.

The main goal of the new approach, according to Assistant Chief Schelldorf, is to prevent illegal activity and the inconveniences they cause for residents and businesses in the city.

The Rancho Cordova Municipal Code states that up to six plants may be cultivated indoors in a private residence in the city. However, the Rancho Cordova Police Department sees unsafe and illegal cultivation in residential and business areas that far exceed the legal limit.

“We all know it could bring other crimes, robberies, burglaries, there’s a lot of cash involved in these things, they’re not law-abiding citizens tending to these grow, ” he added.

Other than safety concerns, Assistant Chief Schelldorf told ABC10 the enforcement also tackles another major problem in the city, the need for industrial space.

There is a high demand for industrial space and less than 1% of industrial-space vacancies. So enforcement makes sure businesses in the second largest employment center in the region can continue to grow, and those that are illegally operating cannot develop further.

“It’s just one of those things, not just wanting good business here, but keeping people in the criminal element and people involved with this situation out of here,” he said.

The city’s major step comes three years after the state decided to legalize and license marijuana farms, and when the black market remains a big problem.

In the most recent growing season, the state conducted 345 raids of unlawful grow sites throughout California, up from 254 raids last year.

According to Assistant Chief Schelldorf, a recent community tip resulted in an investigation and a bust in November.

In that bust, The police department identified and halted an illegal marijuana cultivation operation consisting of around 3,100 live marijuana plants. Roughly 1,320 pounds of marijuana, including the live plants, were destroyed.

The city’s biggest busts so far have happened thanks to community tips, Assistant Chief Schelldorf said.