"He was trying to ask why he was getting arrested... And [the deputy] slammed him down and started punching on him," said Damarkus Cummings, who filmed the video. 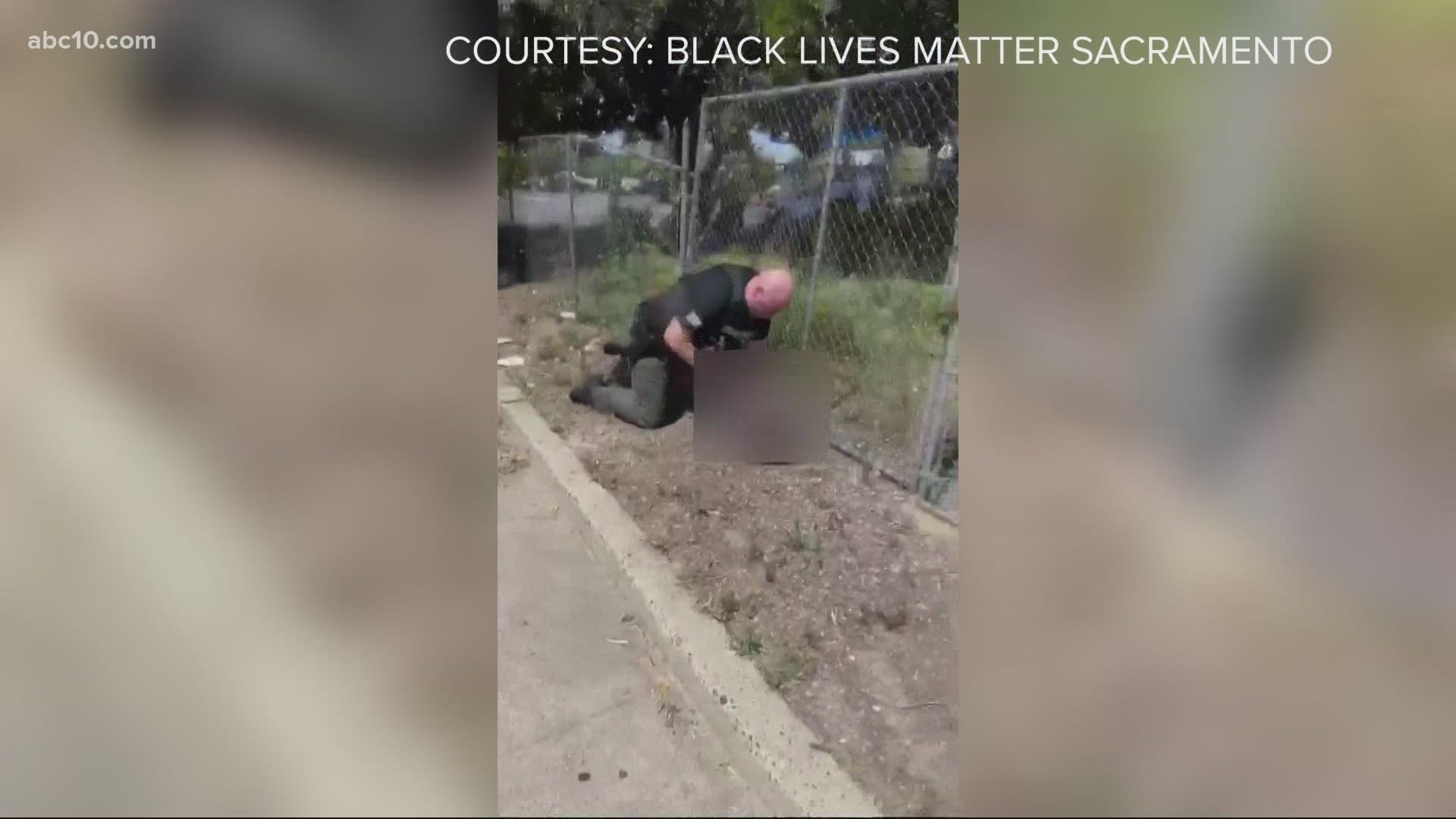 Update August 28:  A Sacramento County Sheriff's spokesperson told ABC10 Friday that there is "an open administrative investigation and litigation is pending."

An deputy with the Rancho Cordova Police Department has been accused of using excessive force while trying to detain a 14-year-old boy Monday in an incident that is beginning to receive national attention.

A video of the incident was shared by Black Lives Matter Sacramento on Facebook and Twitter Tuesday morning, and by the afternoon, the video was shared by former Democratic Presidential candidate Julian Castro.

The 15-second clip appears to show the teen lying on the ground as an deputy grabs and punches the boy.

"Yesterday, a Rancho Cordova Police Officer used extreme excessive force on a 14 year old boy. There is not one reason that validates a full size armed man, to sit on, punch, and try and break the arms of a child. Watching him push his head on the curb by his neck was traumatizing for me. Can’t imagine how this child feels right now," the Facebook post from BLM Sacramento said.

According to a statement from the Rancho Cordova Police Department, the deputy was patrolling the area of Mills Station Road and Mather Field Road "due to complaints from citizens about hand-to-hand sales of alcohol, tobacco and drugs to minors."

The department said the deputy believed he saw a hand-to-hand exchange between an adult and juvenile. The deputy apparently lost sight of the adult in the alleged alcohol exchange, and approached the teen for information.

The department said the teen told the deputy that he was 18-year-old and was "uncooperative and refused to give the deputy basic identifying information."

The deputy tried to detain the boy to conduct further investigation because he had reasonable suspicion that criminal activity was occurring, according to the statement.

"The juvenile became physically resistive at that time, causing the deputy to lose control of his handcuffs, which landed several feet away," the statement said. "The deputy attempted to maintain control of the juvenile without his handcuffs and while alone waiting for his partners to arrive and assist him."

Damarkus Cummings, who filmed the now-viral video of the incident, said his friend was not resisting arrest.

"He was trying to ask why he was getting arrested, why are they putting handcuffs on him," Cummings told ABC10. "And [the deputy] slammed him down and started punching on him and all that."

The deputy recovered tobacco products from the teenager, according to the statement. The boy was cited and released to his guardians.

The Sacramento County Sheriff's Office and Rancho Cordova Police Department are investigating the deputy's use of force in the incident, according to their statement.

BLM Sacramento Founder Tanya Faison said the incident is an all too common occurrence for Black children.

"It’s common for them to terrorize our kids," Faison said. "They intimidate our kids and humiliate our kids. They often detain us for something really small or nothing at all then they sit the kids on the curb for hours for all to see."

The Sacramento Police Department is facing a federal lawsuit for allegedly using excessive force and being negligent while detaining a Black 12-year-old boy during a carnival in Del Paso Heights a year ago. The boy was accused of panhandling at the carnival, chased out of the event and had a spit mask put over his head by Sacramento police.

Faison said officers keep using excessive force because there are no real consequences for their actions.

Faison said she would like to see the officer fired from the police department and charged with the the same crime any non-law enforcement officer would face had they done the same thing.

Faison said the police is creating a generation of kids who are going to be even more distrustful of them.

Black men are about 2.5 times more likely to be killed by police over the life course than are white men, according to a study published in the Proceedings of the National Academy of Sciences of the United States of America.

"This whole system is set up to brutalize us, terrorize us and murder us," Faison said.

WATCH ALSO: California Assembly Bill 392, AKA the ‘Use of Force’ Bill | Deep Dive