Reasonable doubt: Why it matters in the Kate Steinle case

In the U.S., you are innocent unless proven guilty beyond reasonable doubt. 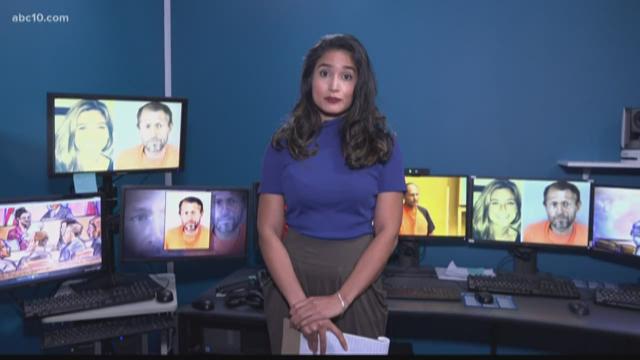 An explosive verdict set off the nation Thursday night after a San Francisco jury found an undocumented immigrant not guilty of homicide in an case that has been the center of conversation on U.S. immigration policy.

In July of 2015, Kathryn Steinle-- known as Kate-- was fatally shot in the back by a gun fired off by Jose Ines Garcia Zarate on a San Francisco pier. Garcia Zarate, 45, is a felon who has been deported five times and was wanted for a sixth deportation at the time of the shooting. He never denied shooting Steinle, 32, but claimed it was an accident.

A jury of six men and six women-- including three immigrants-- acquitted Garcia Zarate of homicide and involuntary manslaughter but convicted him of being a felon in possession of a firearm. The verdict confused and outraged many who asked how it was possible that an innocent person lost their life due to a fired bullet, and no one would pay for her death.

What it is without a doubt, is an absolutely heartbreaking loss for Steinle's family and loved ones. But before taking a stance on the jury's decision, it's important to understand how the jury got there.

First, Garcia Zarate was on trial for homicide, not for being an undocumented immigrant or for being a felon over past non-violent incidents.

In fact, the judge prohibited discussion about Garcia Zarate's immigration status including the fact he was repeatedly deported to Mexico. The jury was asked to focus only on the events surrounding Steinle's death because this was a homicide case after all.

While significant separate discussions, the events leading up to the case are irrelevant to the homicide case. The fact the gun was stolen from the SUV of a U.S. Bureau of Land Management ranger that was parked in San Francisco does not prove intentional homicide. The fact Garcia Zarate had been released from jail by the San Francisco Sheriff's Department while being held on pending marijuana charges-- despite a request for holding by the U.S. Immigration and Customs Enforcement-- are also not grounds for intentional homicide. San Francisco is a sanctuary city and the department followed policy to release Garcia Zarate after his charges were dropped.

While the circumstances leading up to the shooting may be troubling or upsetting to some, it simply doesn't stack up as evidence that a person was murdered.

In the U.S., criminal homicide is defined as killing with intent or under negligence. For a jury to find a defendant guilty of homicide, the panel has to be convinced in the decision beyond reasonable doubt. In other words, the prosecution's evidence in a criminal case must prove there is no other logical explanation can be derived from the facts except the defendant committed the crime, therefore overriding the presumption that a person is innocent until proven guilty. If there is even a shred of doubt, you cannot convict.

The defense team argued Garcia Zarate killed Steinle in a freak accident after a bullet from a gun he found wrapped in cloth ricocheted off the ground. The prosecution said he intended to shoot and kill her.

ABC10 reached out to the San Francisco Public Defender's Office to find out more about what happened in the courtroom during the monthlong trial and how defense attorney, Matt Gonzalez, was able to get his client acquitted of homicide.

"It was a freak, terrible accident," said Tamara Aparton, spokesperson for the office.

She explained, during the trial the jury was presented with evidence from forensic and ballistic experts who confirmed the bullet had in fact ricocheted off the ground and traveled 80 feet before striking Steinle in the back.

Aparton said, the prosecution's forensic experts agreed with these findings as well. Despite the evidence, the prosecution argued Garcia Zarate still intended to shoot Steinle. However, scientists said "not even an expert shot" could have calculated a ricocheted bullet to kill Steinle, according to Aparton.

In the end, enough evidence was presented to the jury-- including numerous witnesses accounts from the day of the shooting and a video from a passing fireboat-- to acquit Garcia Zarate of intentional homicide, Aparton said.

To understand why Garcia Zarate was acquitted of involuntary manslaughter, the definition of the charge must be clear.

"In order to really understand this case, you have to read the whole transcript," said UC Davis professor of law, Gabriel "Jack" Chin.

Chin explained, while he hadn't read the transcript, given the verdict, he assumes the defense evidence was strong enough to uphold the argument that Steinle's death was a freak accident, not involuntary manslaughter.

To be convicted of involuntary manslaughter, the jury has to find that a person knew or should have known, their actions created a risk of death. The defendant would have to be found guilty of being in a "culpable state of mind", according to Chin.

Chin used the example of the case of Michael Jackson's doctor, Conrad Murray, who was found guilty of involuntary manslaughter for administering powerful drugs to the pop singer, ultimately causing his death. The prosecution argued, Murray was negligent in his treatment of Jackson while he served as his personal physician. While he didn't intend to kill Jackson, as a medical professional, he knew, or should have known the risks involved with his actions.

According to Aparton, in the Steinle case, to convict of involuntary manslaughter the "prosecution had to prove Mr. Garcia Zarate committed brandishing, which is using the gun in a rude, threatening manner. They were not able to do that."

The defense argued that when Garcia Zarate picked up the firearm, it was wrapped in cloth. Chin explained, in this case, if the weapon was "packaged", an argument could be made Garcia had not acted in negligence since he had no way of knowing what was in the cloth at the time. It was simply a freak accident.

"It must have been one heck of a defense case," Chin said.

Politics aside, the Steinle case, while deeply devastating, does uphold the U.S. judicial standard of reasonable doubt. The prosecution was not able to convince the jury Garcia Zarate was guilty of homicide or involuntary manslaughter beyond a reasonable doubt.

"This shows the glory of the criminal justice system that juries do look at facts of the case," Chin said. "That's what they're supposed to do."

Some people say the verdict was a message to the Trump administration. Chin said of the political undertones of the case, "We are very liberal in Northern California but nobody likes murderers."

U.S. immigration officials said Garcia Zarate will be deported from the U.S.