A Sacramento judge released redacted versions of about 170 pages of search and arrest warrants in the Joseph DeAngelo case. DeAngelo is accused in the crimes attributed to the Golden State Killer. 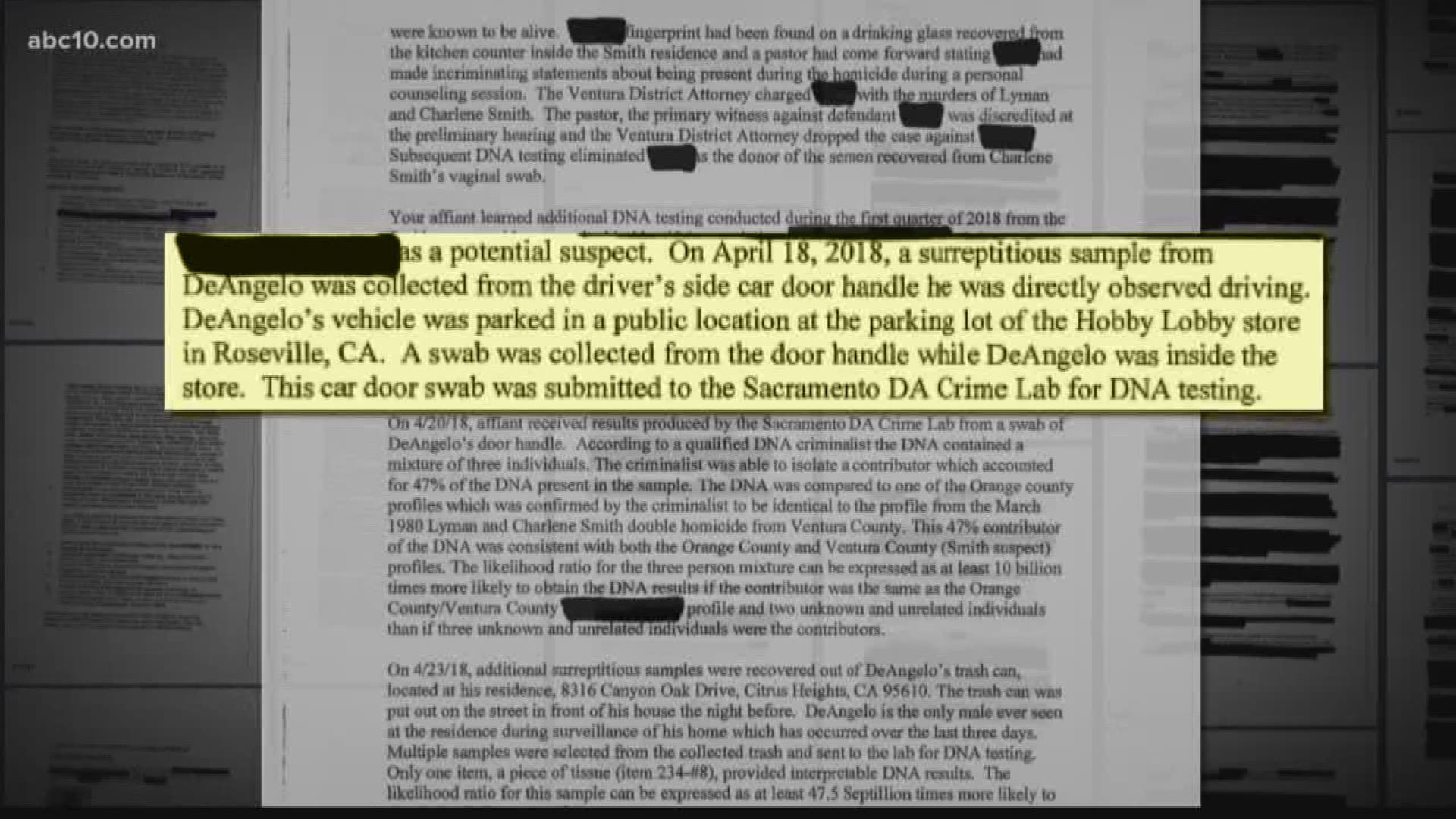 Investigators got the DNA sample used to link Joseph DeAngelo to crimes attributed to the Golden State Killer by digging in his trash can. Before that, they’d swabbed his car door handle while he shopped at a Roseville Hobby Lobby.

This and other information came from the redacted warrants for the search and arrest of Joseph James DeAngelo, a Citrus Heights man accused in one of the nation’s most notorious serial killing sprees.

The door-handle sample contained DNA matching a sample found on Charlene Smith’s body, when she and her husband were bludgeoned to death in March 1980 at their Ventura County home, according to the arrest warrant. However, that sample also contained genetic material from two other people. On April 23, officers surreptitiously collected ‘multiple samples’ from DeAngelo’s trash can after he’d put it out on the curb the evening before.

A tissue yielded the positive match.

The documents were released Friday after a week of deliberation by Judge Michael Sweet, and describe in detail crimes attributed to the Golden State Killer (who was known by different names in different parts of the state), pinning them on DeAngelo.

Over the course of the week, the judge and lawyers pored over about 170 pages, ‘paragraph by paragraph’ to black out inflammatory information not directly connected to crimes he has been charged with here and in other California jurisdictions.

“This court recognizes the presumption that judicial proceedings remain open,” Sweet said, adding that had to be balanced with the defendant’s right to a fair trial.

“No right ranks higher than the right of the accused to a fair trial,” he said.

Redacted portions included investigators’ ‘speculative theories’ about the case against DeAngelo and other information Sweet said would be inadmissible in a trial. Some information about sexual assaults was redacted to avoid creating an ‘irreversible judgment of guilt’ in the eyes of the public.

David Lynch, DeAngelo’s defense lawyer, fought to keep the documents sealed, both to protect DeAngelo’s ability to get a fair trial and to avoid tainting witness’s memories.

Sacramento County prosecutors were mainly concerned with protecting victim’s privacy, noting that about 90 percent of the redactions were requested by DeAngelo’s lawyers.

The documents had been sealed by a previous judge and the motion to unseal was filed by a lawyer representing several media outlets, including ABC.

Duffy Carolan, the lawyer representing the media, said she regarded the outcome as a win, despite the redactions.

“It is hard to get more information, especially in a case like this,” she said in an interview outside the courtroom. “The court recognized that there is a First Amendment right of access toward materials as judicial records. That in and of itself is a victory.” 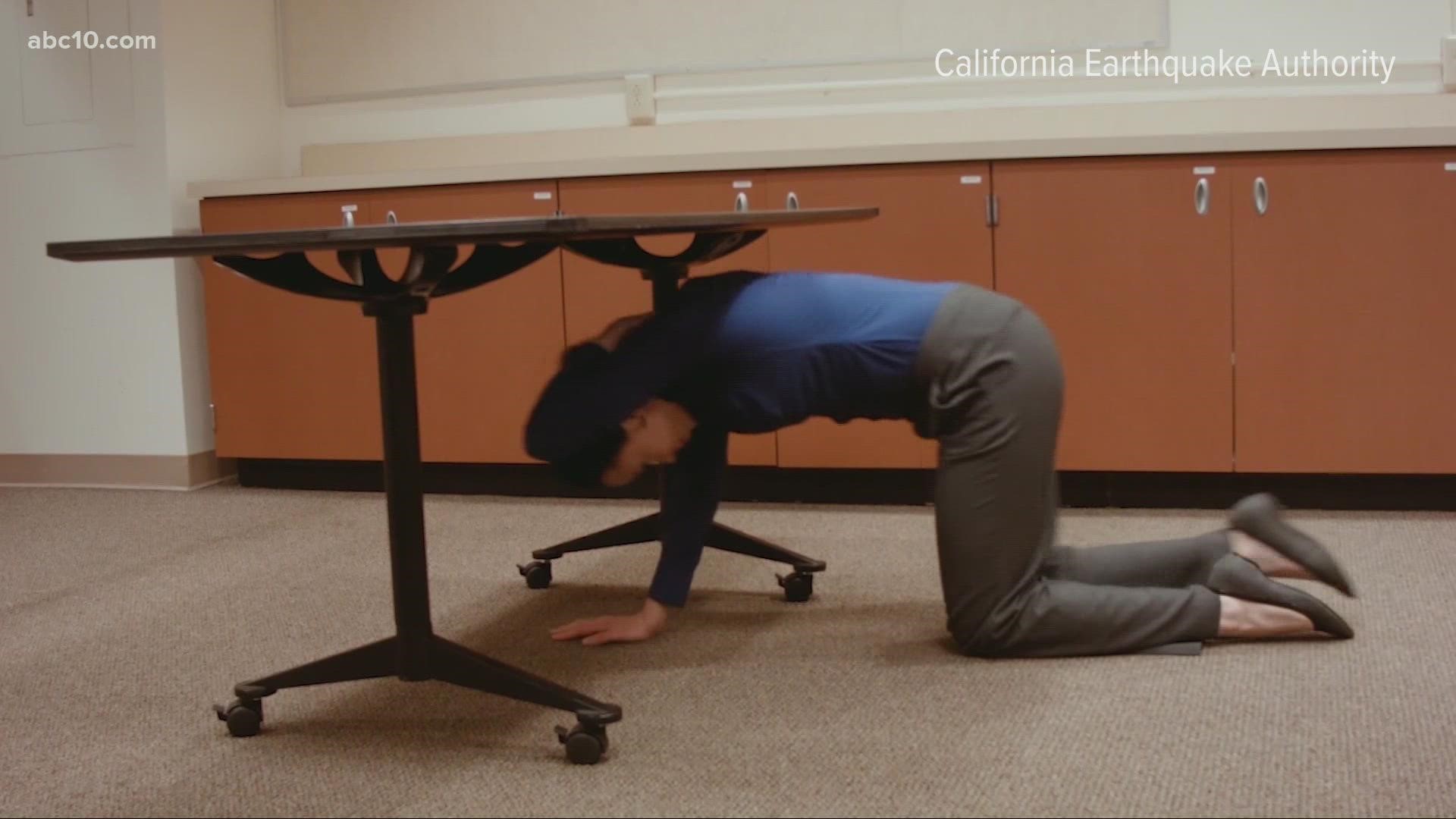