Stephon Clark's brother, Stevante, threw himself on his brother's casket as performers danced and grabbed the microphone from NAACP's Alice Huffman and started a chant of his brother's name 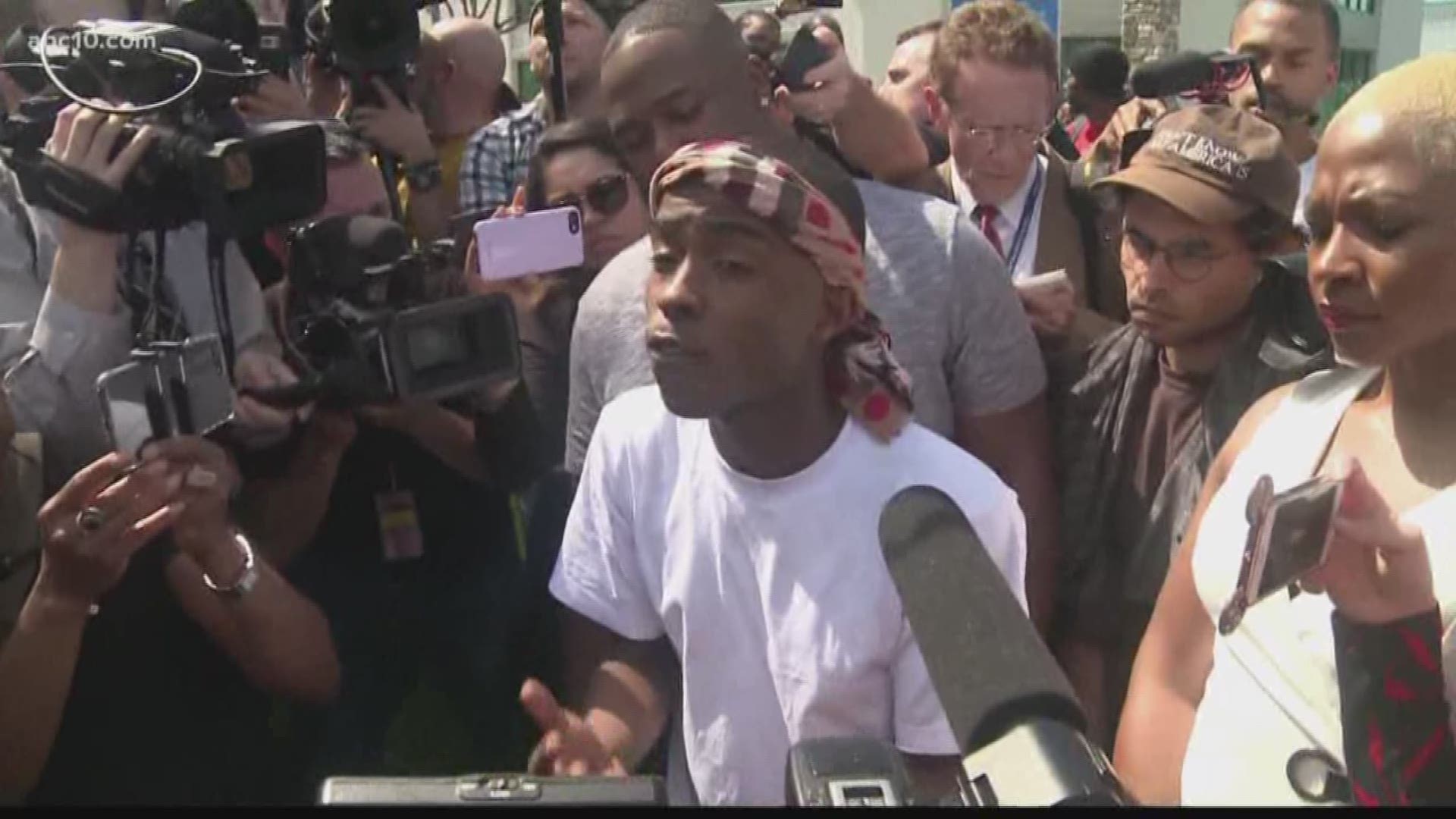 After drawing criticism for his outburst at Tuesday's City Council meeting, Stevante Clark is once again in the spotlight.

During his brother Stephon Clark's funeral on Thursday at the Bayside of South Sacramento Church, he made several unscheduled appearance, even interrupting local NAACP leaders who were speaking.

Clark threw himself on his brother's casket as performers danced and grabbed the microphone from NAACP's Alice Huffman and started a chant of his brother's name.

However, while some were critical of his behavior, others including Reverand Al Sharpton embraced him and publicly offered his support. Sharpton flew in from the East coast to deliver the Eulogy.

Clark also told the crowd that Mayor Darrell Steinberg has reached out to discuss the possibility of building community resources. Clark believes libraries and 24-hour community centers would help solve problems in his neighborhood.

"Everybody say 'We love the mayor!'" said Clark to the audience.

Clark told ABC10's Frances Wang the day after his City Council meeting outburst that he was sorry. The mayor saw the apology and said he accepted it.

"They are trying to express their pain. We got their back," said Sharpton.

After the funeral, Clark embraced those who came to support him and his family.

He also had a sweet encounter with a 4-year-old boy and told him," You're going to be very successful one day...look at [your father], tell him you love him."

These are moments with Clark that have not been highlighted as often in the coverage of his brother's death.

Clark also asked protestors to stop shutting down the Sacramento Kings' games at the Golden 1 Center. Instead, he hopes they will join a peace rally on Saturday at noon at the Cesar E. Chavez Plaza in downtown Sacramento.

1 / 15
Pool
A mourner holds up a photo of police shooting victim Stephon Clark during the funeral services for Clark at Bayside Of South Sacramento Church in Sacramento, Calif., Thursday, March 29, 2018. Clark, who was unarmed, was shot and killed by Sacramento Police Officers, Sunday, March 18, 2018. (AP Photo/Jeff Chiu, Pool)