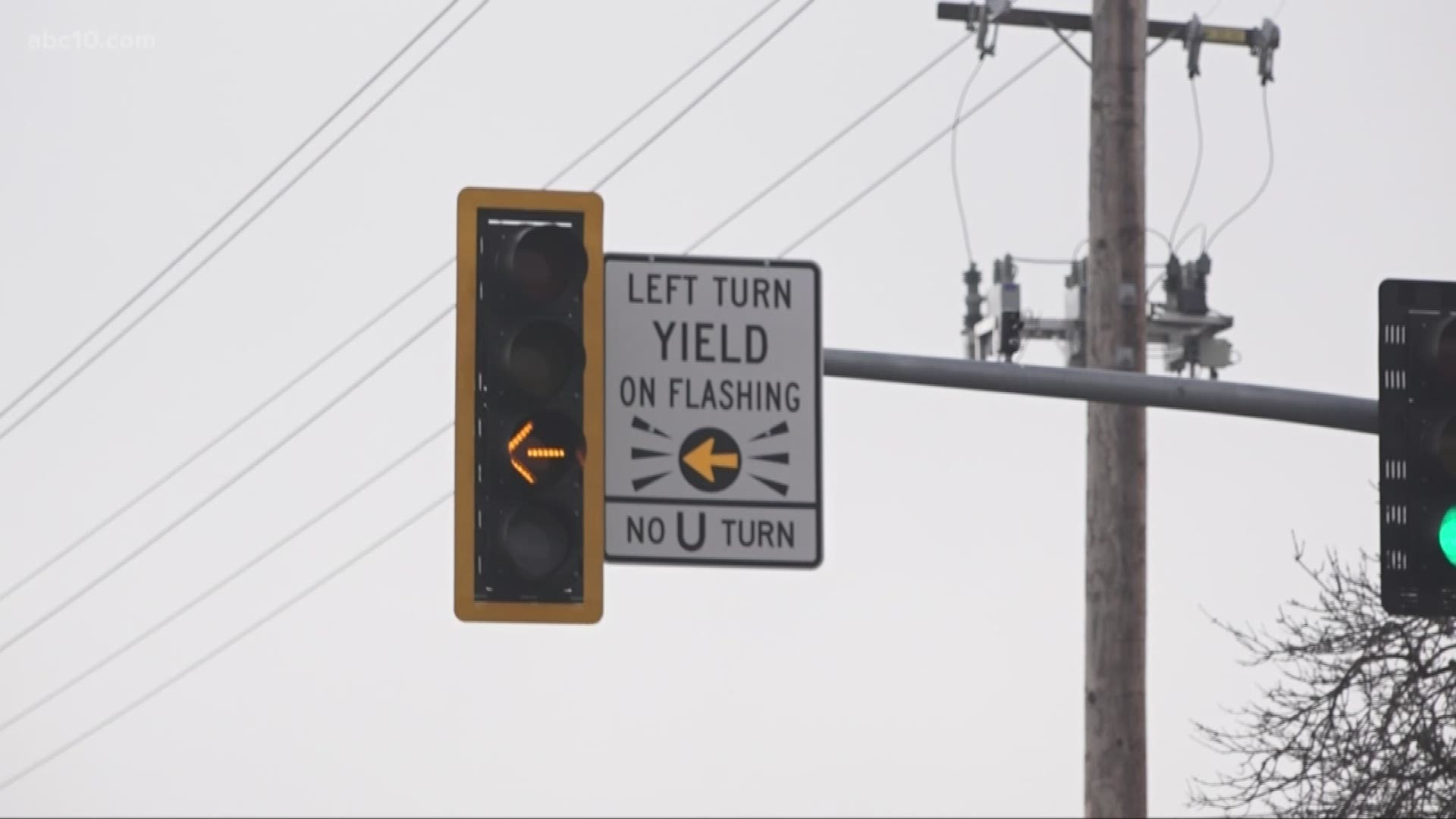 ROSEVILLE, Calif. — Do you know what to do at an intersection when you see a blinking, yellow left-turn light?

If you’re driving in the Roseville area, you’d better be sure.

Some changes to traffic flow are in the works at four intersections along Foothills Boulevard in Roseville at Albertsons Drive, Roseville Parkway, McKesson Driveway and Misty Wood Drive.

An intersection at Freedom Way and Industrial Avenue in Roseville is the only one of its kind in the city and the Sacramento region, for now. It’s set apart by flashing, yellow left-turn lights installed in 2016.

“It’s a way that allows people to save time and save money by not waiting at a stop light when they don’t need to,” said Helen Dyda with the City of Roseville.

Soon, the four Roseville intersections along Foothills Boulevard will have lights just like it.

The lights let drivers wanting to make a left turn know that they don’t have to stop at the intersection if no cars are coming from the opposite direction. They can make the turn if the arrow is flashing yellow.

“Flashing yellow left-turn lights have been used around the country as well as in other parts of Northern California and Nevada,” Dyda said. “They’re an opportunity to move traffic a little more efficiently and a way to let motorists save time.”

Tony Tullah, who frequently drives around Roseville, believes he will be fine navigating the intersections but doesn’t know how others will receive them.

“I’m not sure if everyone will immediately understand the concept of what’s going on,” Tullah said. “I think there will be a few people who will understand that, ‘Hey it’s my time to go’ versus not to.”

The city is banking on signage to help drivers understand.

“You’ll see a sign along with the light that directs motorists to yield when they see that the yellow turn signal is flashing,” Dyda said. “So that’s a warning to be sure that you’re yielding to any on-coming traffic.”

The City of Roseville said intersections in Sacramento and Elk Grove will soon feature the flashing lights too.

“It’s something that we’re going to see more of here in Northern California and our region,” Dyda said.

The City of Roseville expects the lights to be up and running the week of Jan. 21.

Dyda said the cost to add the lights is $10,000. The money is coming from their fund for routine signal upgrades.

Man detained after car was stolen with children inside, Placer County deputies say

Protesters upset over the lack of affordable housing in California interrupted and often drowned-out the speakers at an event to announce changes and a new push to pass SB50. The bill from State Sen. Scott Wiener would allow cities to increase density around transit and in some single-family neighborhoods. A new version of the bill adds some local control changes.