Jessica Harmon relies on caregivers 24/7, meaning if a caregiver calls out sick or oversleeps, she says she has no choice but to miss work. She literally can't get out of bed. 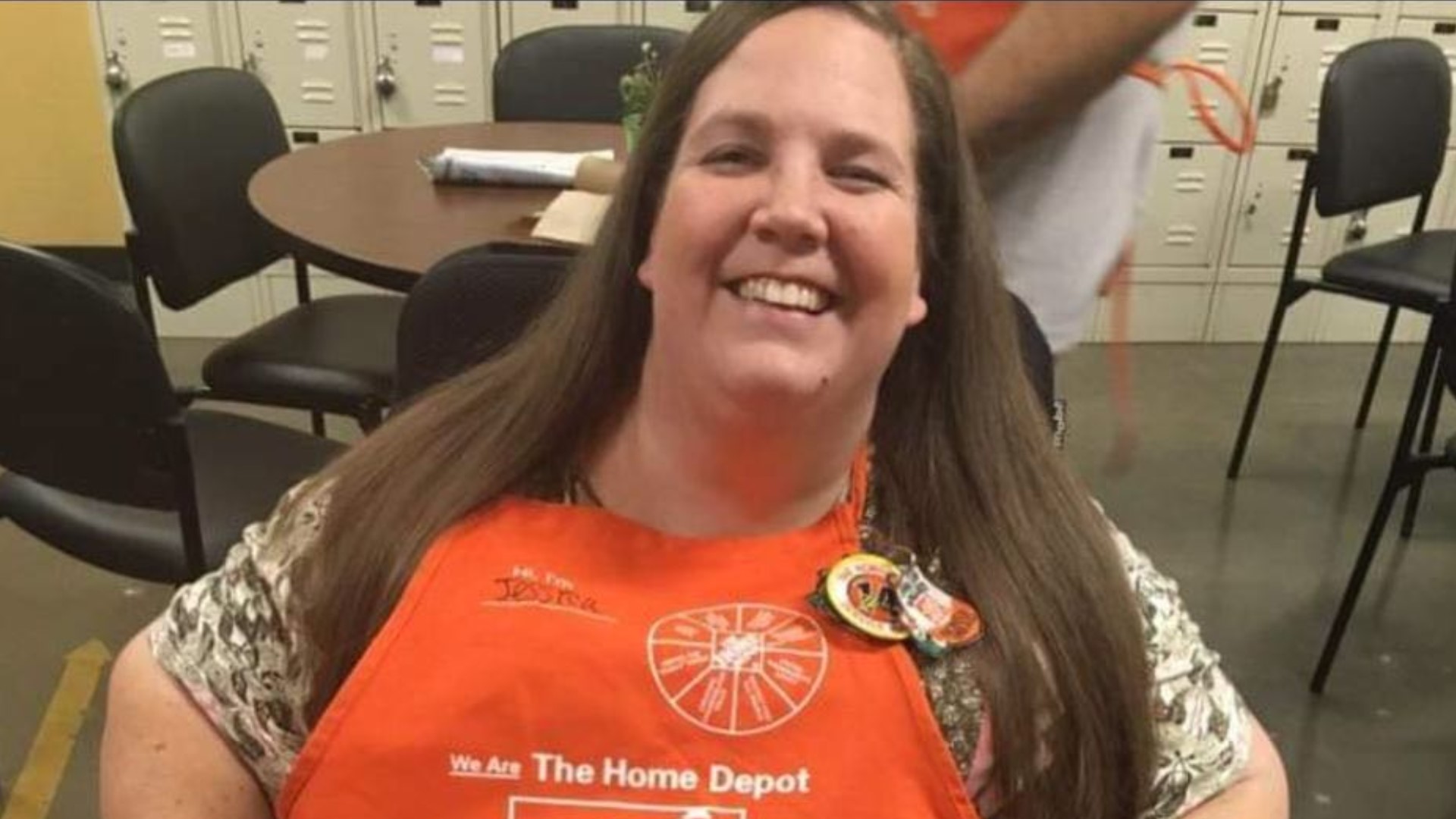 ROSEVILLE, Calif. — A longtime employee of a Home Depot in Roseville has been offered her job back after accusations she was unfairly fired because of her disability.

Jessica Harmon has been the smiling greeter at the Home Depot on Sunrise Avenue for 17 years. It's a job she loves, which is why it hurt so much that after her shift Tuesday night, she was told she had missed too many work days — and was fired.

"I have cerebral palsy which affects my physical abilities," Harmon told ABC10. "Which is why I need care and why it makes it difficult for me to sometimes be at work."

Harmon relies on caregivers 24/7, meaning if a caregiver calls out sick or — as was the case for her shift Tuesday — oversleeps, she says she has no choice but to miss work. She literally can't get out of bed.

"If I'm able to be there, I will always be there. I'm very dedicated to what I do," Harmon explained. "I enjoy having a purpose in my life, and I’m lucky to have the job that I currently have...because it’s really hard to have a disability and find a job."

Just hours after her firing, Harmon's sisters posted about Jessica's situation on Facebook.

"Unless you make a big stance like this, things don't change," her sister Nicohl Voettner said. "So, when I heard about it, I asked Jessica, I said, 'Can we please go public? We have a voice.'"

That post has been shared all over Facebook. Even Jessica's former customers are commenting on how helpful she had always been.

READ ALSO: Little girl with special needs who loves to bag groceries gets her dream 'job'

ABC10 saw the post and reached out to Home Depot's corporate office for comment. Within a few hours, Margaret Smith, a spokesperson for the company, told us that local leadership had not been aware of Jessica's firing.

"When we heard about this, we were deeply concerned. Home Depot’s HR leadership immediately looked into it and offered Jessica her job back today, which she accepted," Smith said.

When asked about potential disciplinary action against Harmon's manager, Smith said she could not comment about any individual personnel discussions.

Harmon did accept her job back but asked for a transfer to Roseville's Stanford Ranch Home Depot location, which the company has honored. She has been given back pay for the day she missed, and will be back at work Thursday as a greeter.

While the story now has a happy ending, Harmon has a bigger message.

"Just don't do this to another person with another disability. It sucks," she said. "I just want awareness that the fact that someone with a disability is never going to be able to change it, so whoever hired us, it doesn’t matter the disability, there’s got to be some...pretty serious understanding and agreement."