Rocklin High School students are doing something special this year to remember those who were killed on September 11, 2001. 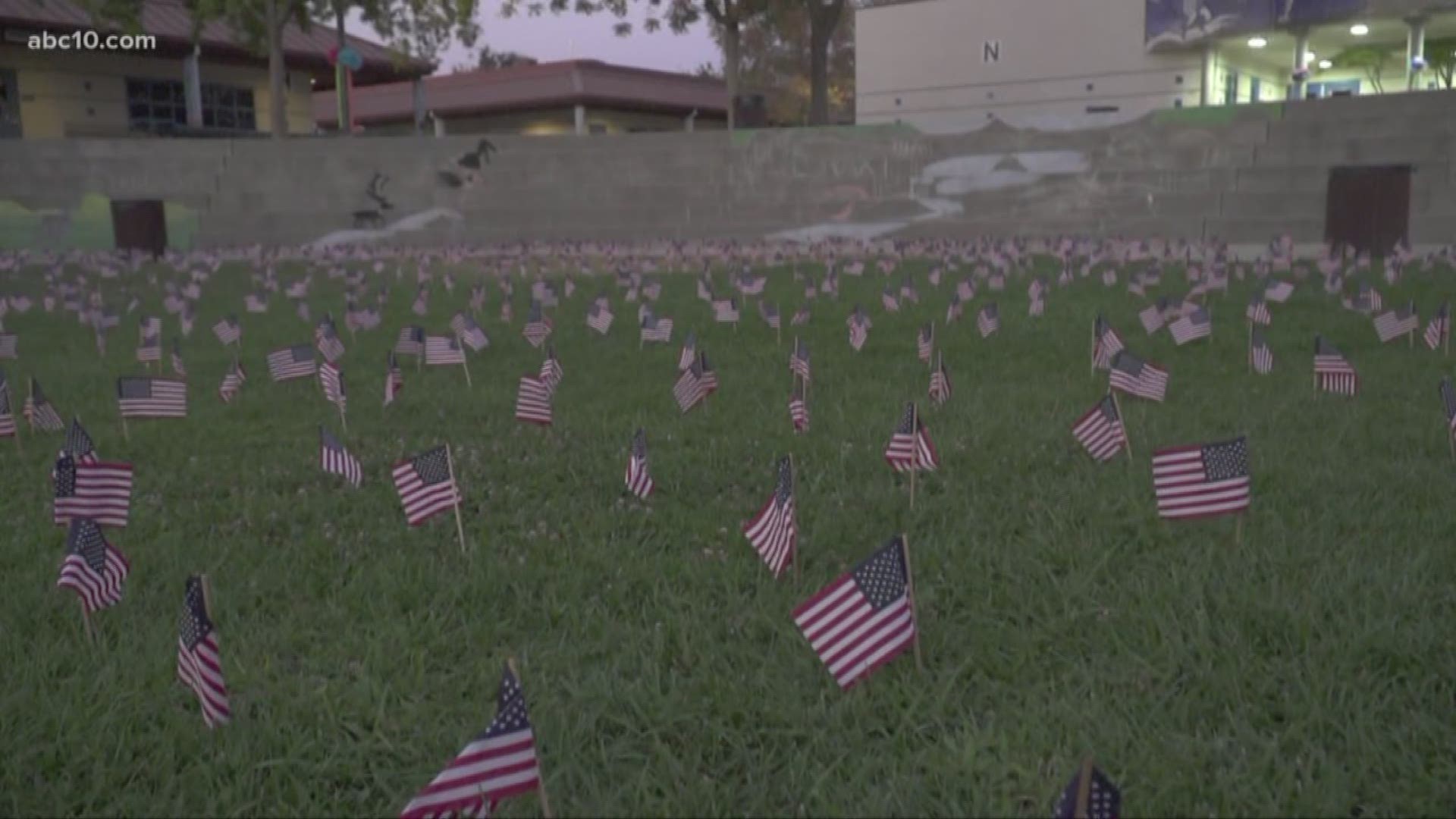 Rocklin High School students are doing something special this year to remember those who were killed on September 11, 2001.

The students are placing 2,977 American flags in the school's amphitheater. This is the second year the Young Americas Foundation chapter at the high school is remembering lives lost on Sept. 11, 2011.

"It's a great way to remember those and I think I just want to be a part of that," Adarsh Venkat, Rocklin High School senior, said. "When 9/11 happened, I was obviously a little kid, but looking back on it now, when teachers and people in the community, we talked about it cause it's a big deal to Americans on how there was a terrorist attack and how people felt unsafe after that and how people want things to change."

It's a day 17 years ago when some of the high schoolers weren't born.

"I don't think our schools teach it," Venkat said. "It's not a world war that they teach, but most history classes and social science classes they'll at least mention it and even that day."

"My dad was in the Air Force and he's retired now," Klang said. "He always brought it up to me about it each year. He thought it was important to share it with me. It was a huge thing to happen in our world."