How Roseville's new police chief plans to lead the department

Roseville Police Chief Troy Bergstrom shared his plans to tackle an uptick in domestic violence and how he wants to roll out body cams to officers. 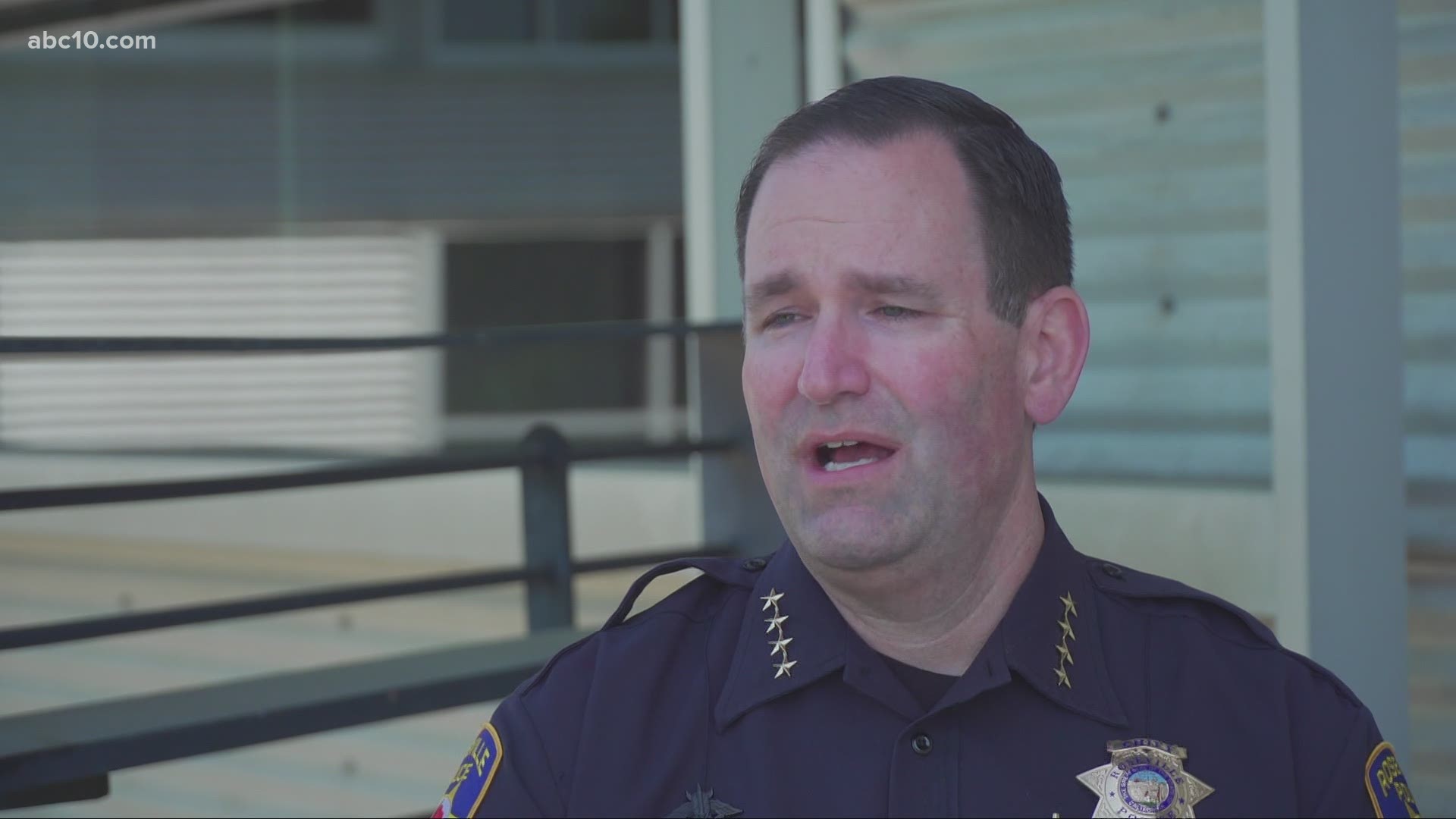 ROSEVILLE, Calif. — Hours after he was sworn in as the new Roseville Police chief, Troy Bergstrom spoke to ABC10 about how he plans to take the lead in a department facing an uptick in crime.

“Roseville is consistently voted one of the best places to live in the country, but there are some challenges," Bergstrom said.

Bergstrom pointed to the rise in domestic violence as an unintended consequence of the stay-at-home orders amid the COVID-19 pandemic. It’s not just the 32% increase in aggravated assaults, but the department is also tackling an increase in car thefts.

"It’s the catch-22 of Roseville being a safe place and of people feeling safe here," Bergstrom said. "They don’t realize they can still be a victim of a crime, and so we put a lot of effort, particularly on our social media of repeating those messages over and over again.”

Bergstrom said Roseville police are looking into having someone assigned to the dispatch center when there is a mental health crisis report. He also plans to test out body cameras before rolling them out for officers.

Gov. Gavin Newsom signed the Golden State Stimulus plan back in February, so when can people expect to get the $600 payments? Click here to watch on YouTube.