Kaitlyn said she was hanging out with a friend when they got in the car with two strangers because her friend said she knew them from messaging on Instagram. 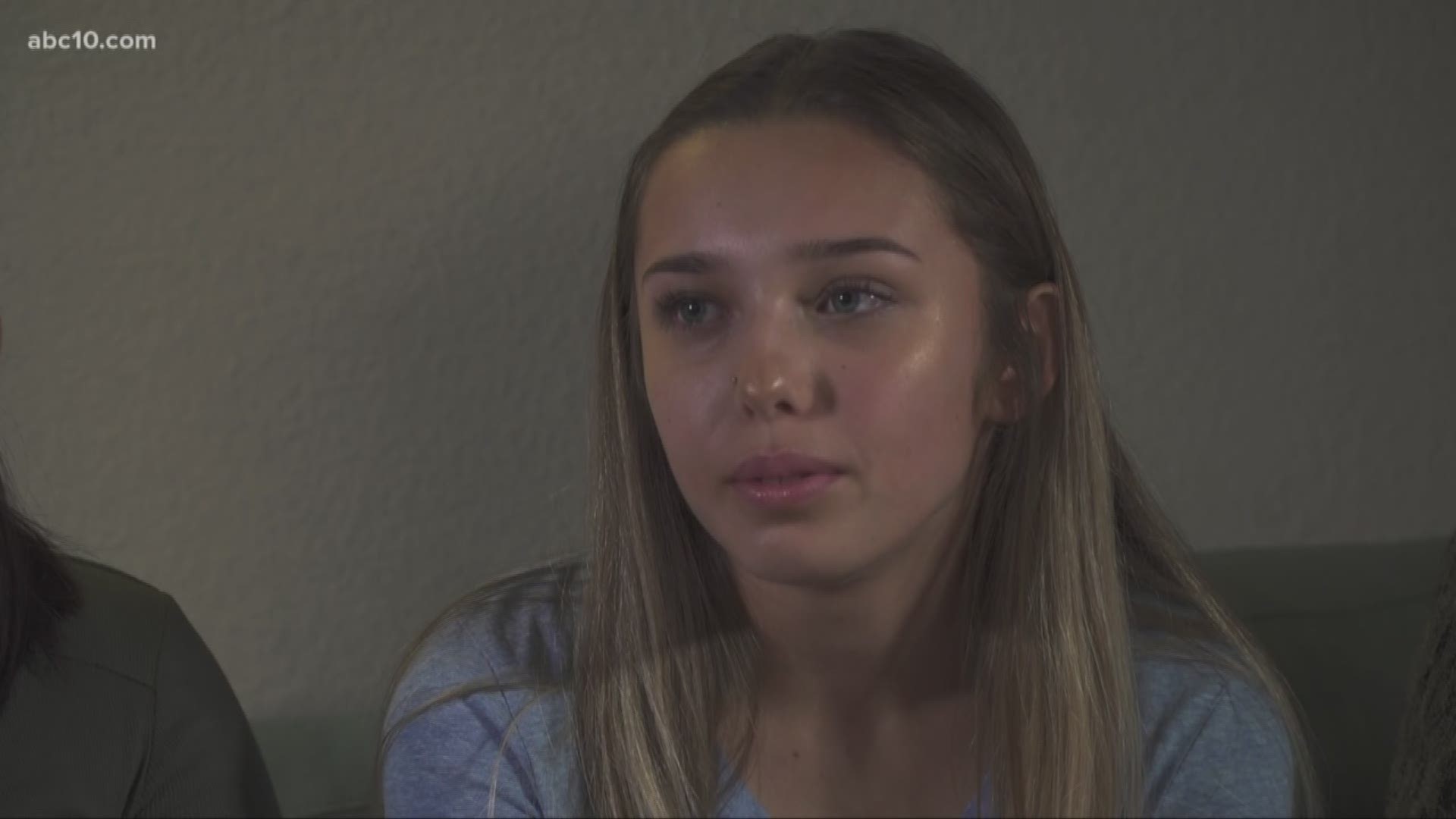 ROSEVILLE, Calif. — Do you know who your kids are messaging? Who your kids are hanging out with when you aren't around? One mom from Roseville thought she did, and she didn't think twice about it until she got a knock on her door at 2 a.m. Saturday.

According to Evans, a Roseville police officer brought her 13-year-old daughter Kaitlyn home after a sleep over turned into something very different.

"There's just nothing that can prepare me for that moment," Evan said.

Her daughter, Kaitlyn, said she was hanging out with a friend when they got in the car with two strangers because her friend said she knew them from messaging on Instagram.

She added, not too long after being in the car, a police officer pulled up alongside and started following them.

"I definitely would thank them," Kaitlyn said. "They saved my life. If they didn't see us in the car, then something bad could have happened."

Regardless of if a crime was committed or not, Kaitlyn felt she and her friend were in danger and her mom had no idea.

"It's terrifying because you have no control," Evans said. "And if you are going to let your kids have friends, you can't control their friends. So you are almost at a loss."

This experience has opened an ongoing conversation between Evans and her children to be more transparent about who they are talking to and who they are hanging out with.

"I've learned that no matter how confident you feel in your abilities, especially with teenagers," Evans said, "I have respectful, great, kind girls, but they don't want me to know everything, and they don't want to tell me everything their friends tell them.

"And I have to parent them, but I have to build a trust level with them as well. There's so much that can split through the cracks and I learned that anything can happen and we are all subject to crazy crimes. Even as grown women as well."

For Kaitlyn and her sister Emily, the lesson learned is to be more open with their mom, and also go with their instincts of what is right.

"Well, my lesson learned is to definitely go by my gut feeling and if I think something is wrong, then don't go along with it, go by my own feeling," Kaitlyn said. "Don't go by my friend and what she thinks and find positive friends and go by my real feeling and not by what's happening."

WATCH ALSO: 'It's the only home we have.' Residents forced out of Modesto motel

On Saturday, more than a hundred residents, including more than two dozen kids, were told to leave the Budgetel Inn and Suites in Modesto.