Dozens of community members from Roseville and beyond lined sidewalks holding American flags and signs to honor the service and sacrifice of USMC Sgt. Nicole Gee. 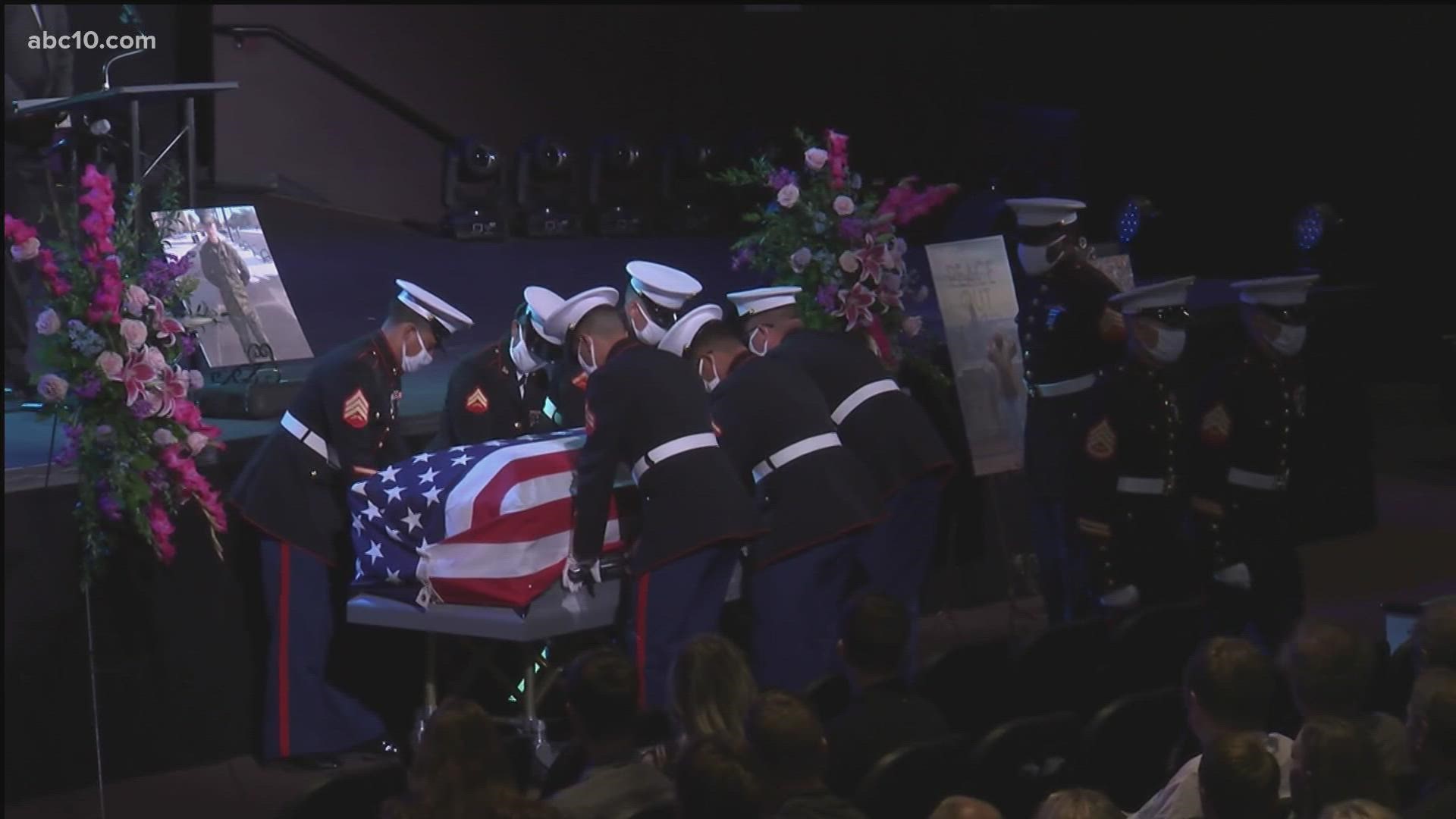 ROSEVILLE, Calif. — As the memorial service for fallen Marine Sgt. Nicole Gee, 23, was underway at Roseville’s Bayside church with hundreds inside, dozens of community members from across Placer County lined Roseville’s sidewalks to pay respects.

The young woman was killed during an attack on the Airport in Kabul, Afghanistan on August 26, along with 12 members of the U.S. Armed Forces. They were assisting with what’s become one of the largest airlifts in world history, helping evacuate some 120,000 American’s and Afghan refugees as America pulled away from its longest war.

Near the memorial service and the entrance to Highway 65 along Stanford Ranch Road, dozens of community members from Roseville and beyond lined sidewalks holding American flags and signs in support of Gee and her family.

1 / 6
ABC10
As the memorial service for fallen Marine Sgt. Nicole Gee, 23, was underway at Roseville’s Bayside church with hundreds inside, dozens of community members from across Placer County lined Roseville’s sidewalks to pay respects.

“We just came out here to show our support, and what they do matters, and their lives matters,” said Christina Dominguez, a rancher who brought her family and friends on horseback, waving American flags to show support for the Gee family.

A mother joined the crowd with her two young daughters. One of the girls held a sign that read, “Nicole you are a hero.”

The killing of Gee hit especially close to home for Roseville’s Deanna Borteletto. Her cousin was killed while serving the U.S. military in Afghanistan eight years ago, Borteletto said.

“I just want them to all feel like what they have done is worth every minute of their sacrifice,” Borteletto said.

U.S. Navy Veteran Dale Lain, 74, of Roseville says he knows the challenges of serving his country. He watched as the hearse carrying Gee’s casket drove off to take her to her final resting place.

“Whenever we have an opportunity, I like to say thanks,” Lain said.

Gee will be laid to rest at the Arlington National Cemetery, according to the Memorial Service.