Catherine Dugoni had been thinking about leaving her job for months. When Harry Styles told her to do what she needed to do, she did just that and quit. 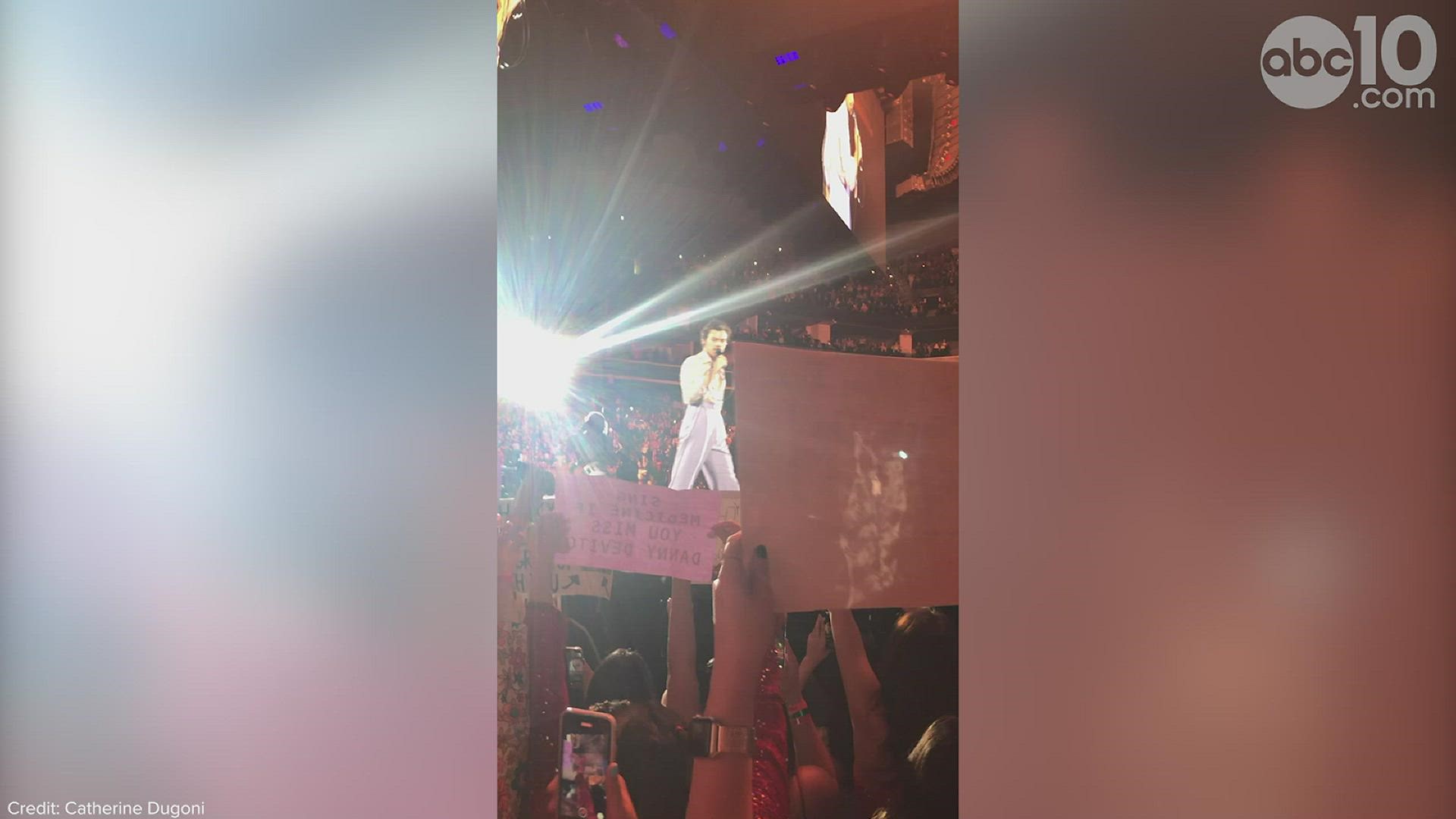 ROSEVILLE, Calif — When Roseville resident Catherine Dugoni bought pit tickets to see Harry Styles in 2019, she said she never thought he would wave in her direction nevertheless talk to her during his concert.

"It was like literally a once in a lifetime opportunity and I'll never forget it," Dugoni said.

Dugoni said she brought two blank signs to the concert on Nov. 10, 2021 along with a black marker in her purse. When she was in line, she said she knew she had to write something down.

"I knew they were going to be checking signs soon because Harry, you know, security and the venue security are pretty strict on like what they can say. They don't want anything offensive so I was like 'oh, I should probably write something on these,'" Dugoni said.

So, Dugoni said she wrote the first thing that popped into her head 'Tell me to quit my job.'

Something she had been thinking about for months, Dugoni said her initial thought was if Styles sees the sign, or even nods, it would be just the push she needed.

Just the encouragement I needed from my favorite person! https://t.co/UIllvNNQJe pic.twitter.com/Fp2dLBWzua

While she was walking into Golden 1 Center, Dugoni said a security guard gave her a weird look after seeing her sign.

"I was like 'don't worry, just go ahead tell me to quit my job' and he's like 'I'm not going to tell you to do that,'" Dugoni said.

The fans at the concert that night didn't have the same reservations.

When Styles turned the crowd lights on and began reading fans' signs aloud, he came across Dugoni's sign. Styles is known for reading signs in the crowd and giving serious and comical advice to fans along with input from the crowd.

"What do we think Catherine should do?" Styles asked the crowd.

The crowd responded with thumbs-downs and shouts for her to quit.

Dugoni was working in marketing and told Styles that her job made her sad.

Dugoni said she wanted to work to live.

"I would suggest — well what do you want to do? You want to be a writer? Well, do you write a lot? I think, you know, think it through — it's a big decision, but do what you want to do," Styles said.

After the interaction, Styles addressed the entire crowd:

Some of the other signs Styles read at his Sacramento concert include one that said "Punch me in the face" and another that said, "Should I give his shirt back?"

But Dugoni's decision to quit her job wasn't a snap decision like she said many people interpreted from social media and other news articles.

She had been working remotely for a Startup Tech company called Enagagez and was living at home. Dugoni said working fully remotely without the possibility of moving in person was an adjustment for her and she missed the social interaction.

Being a 2020 U.C. Berkeley graduate, Dugoni said she had been browsing the job market but hadn't taken the step of quitting her job and starting the job search process.

One of the misconceptions, Dugoni said, is that Styles never actually told her to quit her job.

"If you actually listen to the video, he never says quit your job," Dugoni said. "Everyone in the audience is yelling quit, but he says things like, you know,  'Do what you need to do,' which I interpreted as he's telling me to trust myself."

Looking to the future, Dugoni said she wants to be a writer.

"I had always dreamed of —since I was like 6-years-old — being a novelist and I know that it's a very nice dream and it's a very hard one to necessarily accomplish, especially in like today's industry with where books are at," Dugoni said. "So I mean, I think the dream is to eventually write a novel, but in terms of just bringing writing into my daily life, I'd love to just be in a role that's a little more creative in terms of like content creation."

Dugoni said reactions to the articles on social media have been mixed, but from her family and friends, she received nothing but support.

"They're all like, 'Oh my gosh, thank goodness like you've been talking about this for months like I'm so proud of you for finally doing it,'" Dugoni said.

"It's definitely surreal. I tell everyone — I was like if there weren't videos to prove it, I probably would still be in denial," Dugoni said.

For other Harry Styles fans, Dugoni said the best advice she can give is to just be yourself.

"If you're being your authentic self and you're putting that out in words, he'll notice that," Dugoni said. "I mean, there's a reason he interacts with fans who want to come out to their family or want to quit their job, it's because they're trying to be the truest version of themselves."

Harry Styles' Love on Tour wraps up on Nov. 28 in New York. As for Dugoni, the last day of her marketing job is Wednesday, Nov. 24. 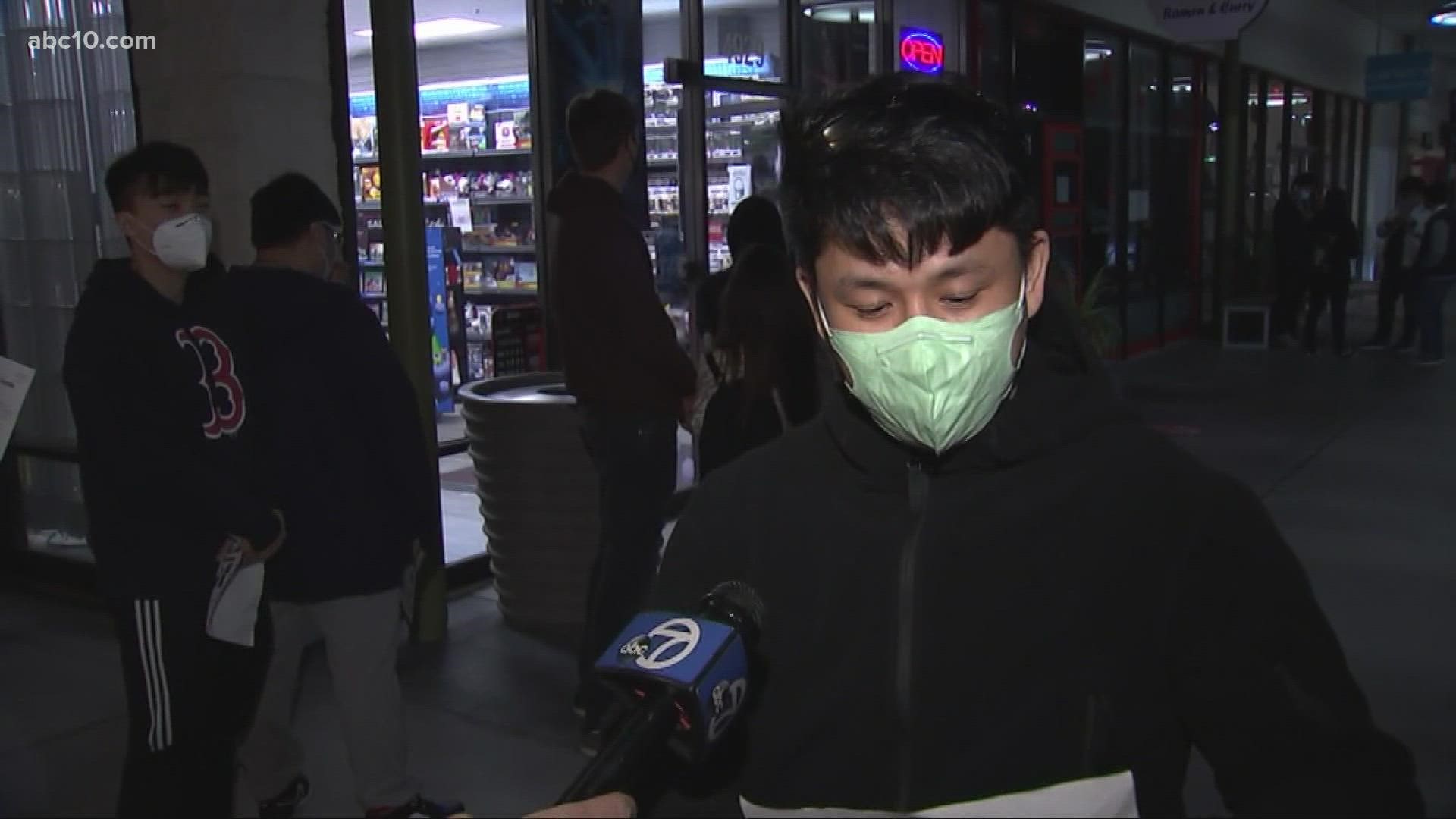