Event-goers say it was a taste of normalcy, despite the changes due to pandemic concerns that made it a more "small-scale" convention. 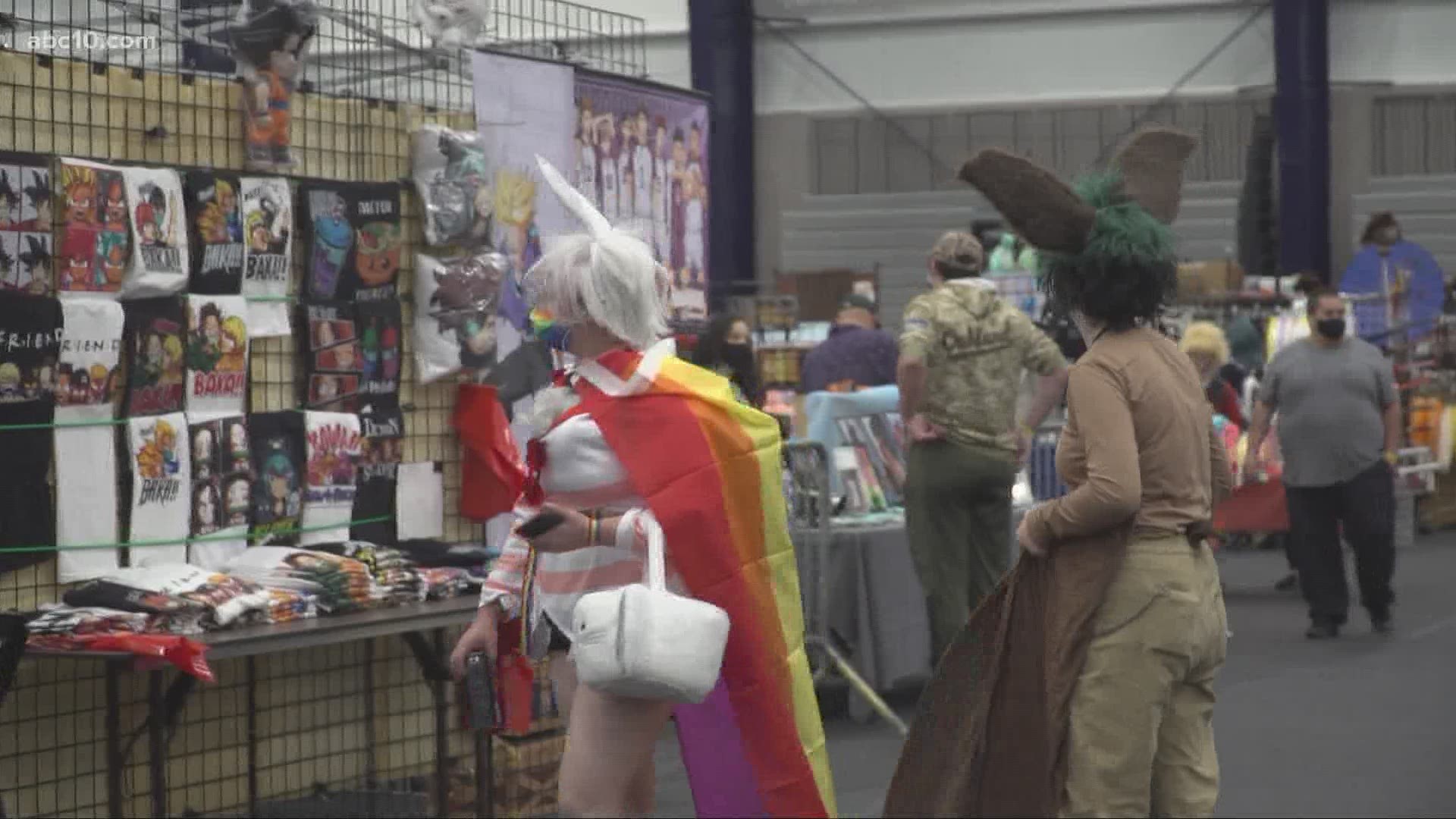 ROSEVILLE, Calif. — As SacAnime's Spring Swap Meet in Roseville wrapped up on Sunday, event-goers said it was a taste of normalcy, despite the changes due to pandemic concerns that made it a more small-scale convention.

"It's great seeing people around you," said Niko Membrere who lived nearby the event at The Grounds in Roseville. "It's just a different feeling as opposed to how we were stuck inside, no people around."

Membrere said the increase in vaccinations across the state was a source of comfort in attending SacAnime, a sentiment that was shared by others at the convention.

"I think it's gotten a lot better," said Dominik, who was dressed in costume for the event. "It's gotten much easier to live."

A SacAnime spokesperson said organizers had been planning the three-day event since October 2020 and had worked with the Placer County Health Department and Placer County Fairgrounds to "run the swap meet safely and within parameters." SacAnime also held events in September and October at the same venue.

Around 6,000 people registered for the event that took place at The Grounds, also known as Placer County Fairgrounds. Event spokesman, Joe Deas said it is was hardly normal attendance for a SacAnime convention. He said past events hosted up to 22,000 anime and cosplay enthusiasts.

"Unfortunately, to keep what we had going on, we had to strip away a lot of the stuff that made us as big of a convention as we were," Deas explained.

Even with the limited capacity of venders and guests, SacAnime was one of the largest indoor gatherings the Greater Sacramento Region had seen in a year.