11 arrested as mob of Trump supporters protest at California capitol

Anti-protesters clashed with Trump supporters through words and physical altercations. Police worked throughout the day to keep the groups separated. 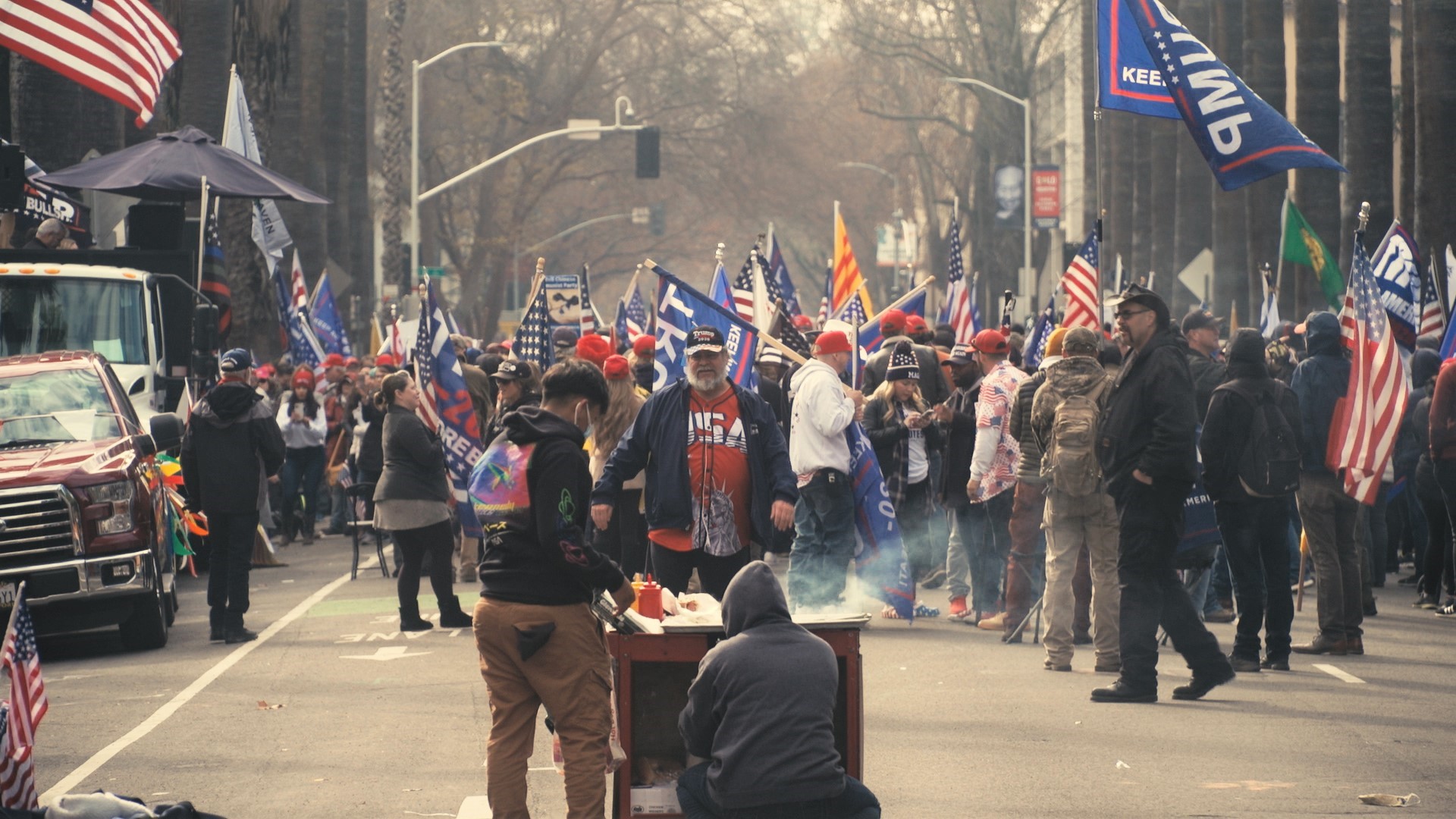 All the arrests were for illegal possession of pepper spray, according to the Sacramento Police Department. The department did not specify which groups the arrested individuals were with.

One demonstrator reported being assaulted by another but was not injured, the Sacramento Police Department wrote on Twitter. None of the 200 police officers who patrolled the incident were injured.

“Large police presence will remain in the area throughout the night,” the Sacramento Police Department wrote on Twitter.

The clashes came as hundreds of pro-Trump demonstrators met in front of the capitol for a “stop the steal” rally, joining other conservative supporters nationwide baselessly claiming that Trump won the 2020 Presidential election over President-elect Joe Biden.

Anti-protesters clashed with Trump supporters through words and physical altercations. Police worked throughout the day to keep the groups separated.

“Stop the steal! This is ridiculous. America needs to wake up,” said Allison Cabral, a Trump supporter who attended the California demonstration. “We’re being taken over by communists, communists!”

Officials with the United States Cybersecurity and Infrastructure Security Agency (CISA) wrote following the election that there is no evidence that any voting system deleted or lost votes, changed votes, or was in any way compromised.

“The November 3rd election was the most secure in American history,” the CISA wrote in a joint statement with other American election agencies. “Right now, across the country, election officials are reviewing and double-checking the entire election process prior to finalizing the result.”

Officials with the California Highway Patrol’s (CHP) Capitol Protection Section said they made no arrests and say no one breached the capitol lawn, which has been surrounded by barricades since nationwide protests in the summer of 2020. They were sparked by the police killings of Minnesota’s George Floyd and Kentucky’s Breonna Taylor, both are African American and were unarmed during the incidents.

Some of those protests drew thousands to Sacramento, many without incident, though some turned violent and led to thousands of dollars in damages to area businesses.

Officer Ortega, with the Capitol Protection Section, said officers remain vigilant, following Wednesday’s protest in California and a breach by Trump supporters at the nation’s capital building as Congress convened to symbolically confirm the electoral college vote in favor of Biden.

Officials active with law enforcement agencies typically do not comment on specifics of security measures being taken to keep State buildings such as the capital safe. However, with Sacramento being the state capital at the center of California politics, the CHP, Sacramento Police Department, and Sacramento Sheriff’s Departments are experienced in responding to protests big and small.

The departments use various techniques to qualm unruly protests, though most recent Sacramento protests have gone without incident. The three departments have access to riot gear, less-lethal means of force such as bean bag guns, stun guns, rubber bullets, tear gas, and others.