A bill that would create a Wildfire Fund to help utilities pay victims of future wildfires advanced out of committee Wednesday, now heading to the full Assembly. 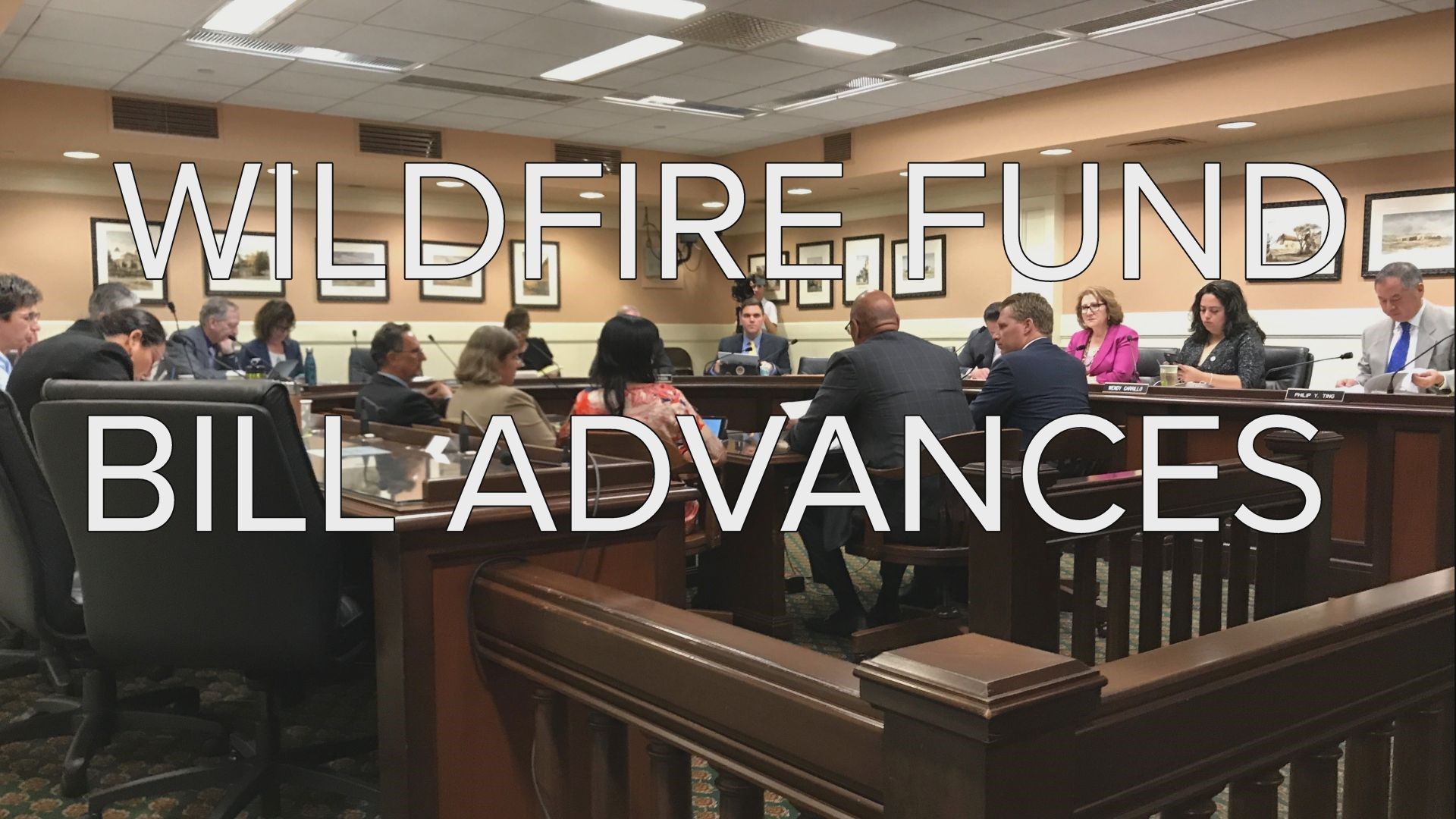 SACRAMENTO, Calif. — State lawmakers are facing a host of bills this week tackling various aspect of wildfire safety and utilities’ roles within that.

One of the most closely watched bills is Assembly Bill 1054, which would establish a $21 billion Wildfire Fund to help utilities pay claims from the victims of future wildfires. Money for that fund would come half from ratepayers and half from the utility companies. The bill would also establish stricter preventive safety requirements for utilities.

On Wednesday, the Assembly Committee on Utilities and Energy approved the bill, meaning it now goes on to the full Assembly for a vote later this week. It needs a 2/3 supermajority vote in order to pass on to Gov. Gavin Newsom’s desk. Newsom, who is in favor of the bill, hopes lawmakers pass AB 1054 by Friday since the Legislature goes on summer recess starting next week.

Committee members on Wednesday heard arguments on both sides of the bill, with those in favor saying it will improve safety and financially stabilize these major utilities. Some critics call the Wildfire Fund a bailout for utilities and question whether the bill goes far enough to incentivize utilities to implement the safety upgrades.

"My greatest concern is holding the utilities accountable for their behavior,” Assemblymember Eloise Gómez Reyes (D-San Bernardino) said in discussions before the vote. “Have we created a situation where we depend so much on a corporation that we feel we must, regardless of the circumstances, ensure their success?"

She ultimately abstained from voting on the bill.

Dozens of people came forward to speak in favor of AB 1054, including Jan Smutny-Jones, CEO of the Independent Energy Producers Association, which bills itself as “California's oldest and leading trade association representing both the interests of developers and operators of independent energy facilities and independent power marketers.”

"PG&E's in bankruptcy, the other two utilities (Southern California Edison and San Diego Gas & Electric) bordering on junk bond status. That has a real cost to California ratepayers,” Smutny-Jones told the committee. “Addressing that fire liability will go a long way, I believe, in stabilizing the financial markets and getting us back on track. We think, generally, this is a good bill."

A man in favor of the bill told a harrowing personal story about losing a loved in the 2017 North Bay fires.

“She called from trapped within her home and we had to listen. Her last words were, 'I'm going to die,' and then she started to scream and then the phone call cut off,” he said. “The victimization did not end with the extinguishing of the flames. They continue, they persist, and what this bill does, what 1054 does is at least it begins the start of addressing some of those issues."

Others spoke neither in favor nor in opposition to the bill—but still raised concerns.

Ely Garcia was there representing the Western States Petroleum Association.

“We’re very, very much concerned not just about the rate but about the potential of emergency shutdowns: de-energization,” Garcia told the committee. “Just as we’re being told today that we have to accept significant rate increases, we’re being notified by the utilities in our refineries and our oil production fields that we have to brace ourselves for emergency shutdowns. That’s an untenable combination: unreliable power, more expensive power.”

Assemblymember Al Muratsuchi (D-Torrance) expressed his hesitations about the bill.

"My concern is that this is opening the window for ratepayers to further be saddled by the ever-increasing wildfire cost,” he said in discussions prior to the vote.

He, like Gómez Reyes, also abstained from voting on the bill.

"The bill is far from perfect and the process that was taken to bring it before us has also been less than perfect,” Gómez Reyes said.