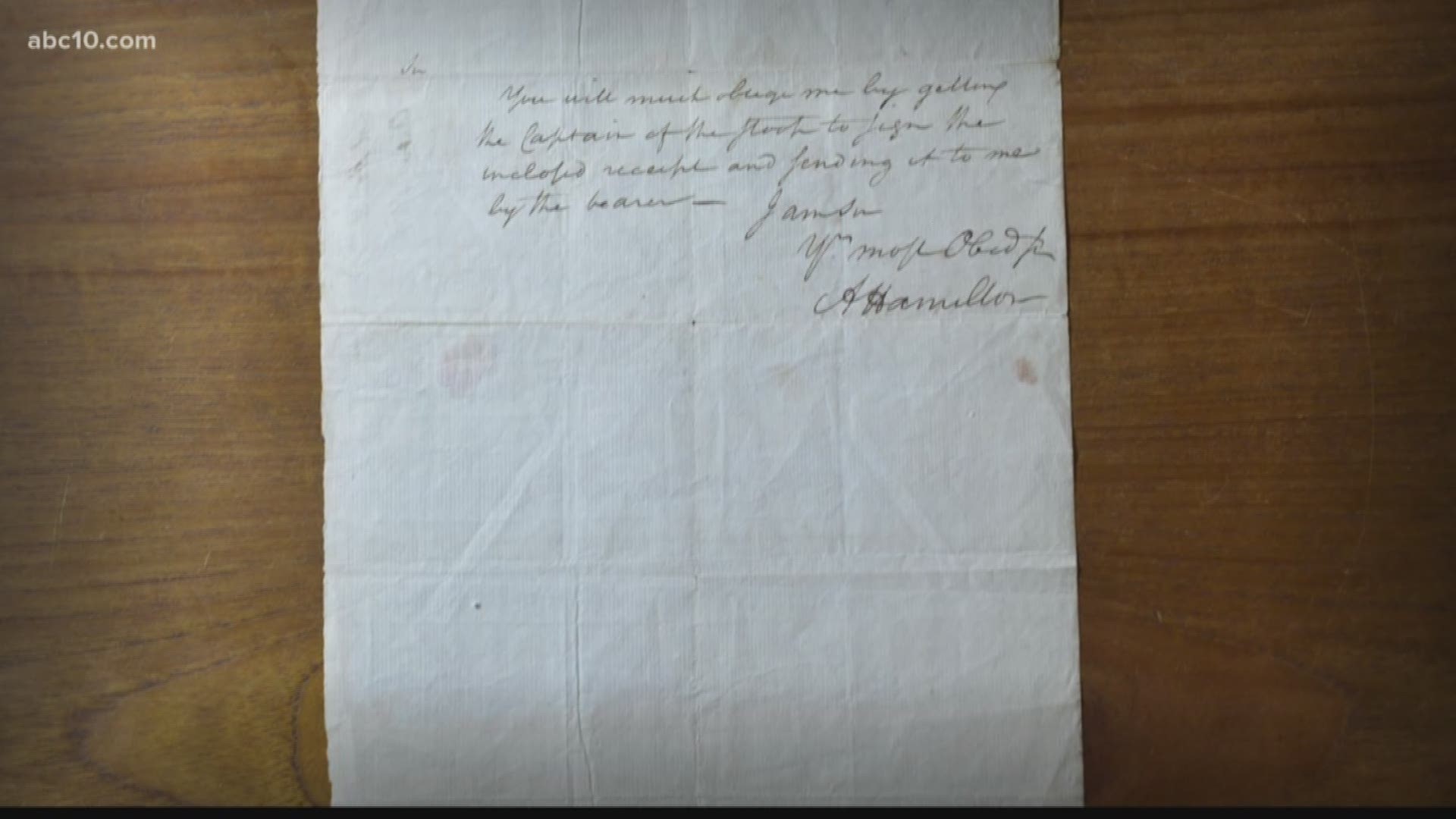 A letter penned by Alexander Hamilton will be auctioned off on Wednesday in Sacramento. The military correspondence has been in the possession of a local family for three generations.

But the most recent heir has decided to sell it.

On visual inspection the letter appeared to be authentic, said Brian Witherell of Witherell’s Auction House in Sacramento.

The type of paper, wax seals, and the 18th century script appeared authentic, and the document has been verified by a document expert, Witherell said.

The contents of the letter are relatively routine, however, being that it was written by Alexander Hamilton makes it quite extraordinary, Witherell said.

The letter addressed to a Captain reads:

You will much oblige me by getting the captain of the troop to sign the enclosed receipt and sending it to me by the bearer.

I am much obliged,

The auction house was able to date the letter to 1783 because it was written by a then Colonel Hamilton, who only held that rank for three months during the American Revolution.