Law enforcement had a busy Saturday after responding to several different shootings, three of which resulted in multiple people shot. 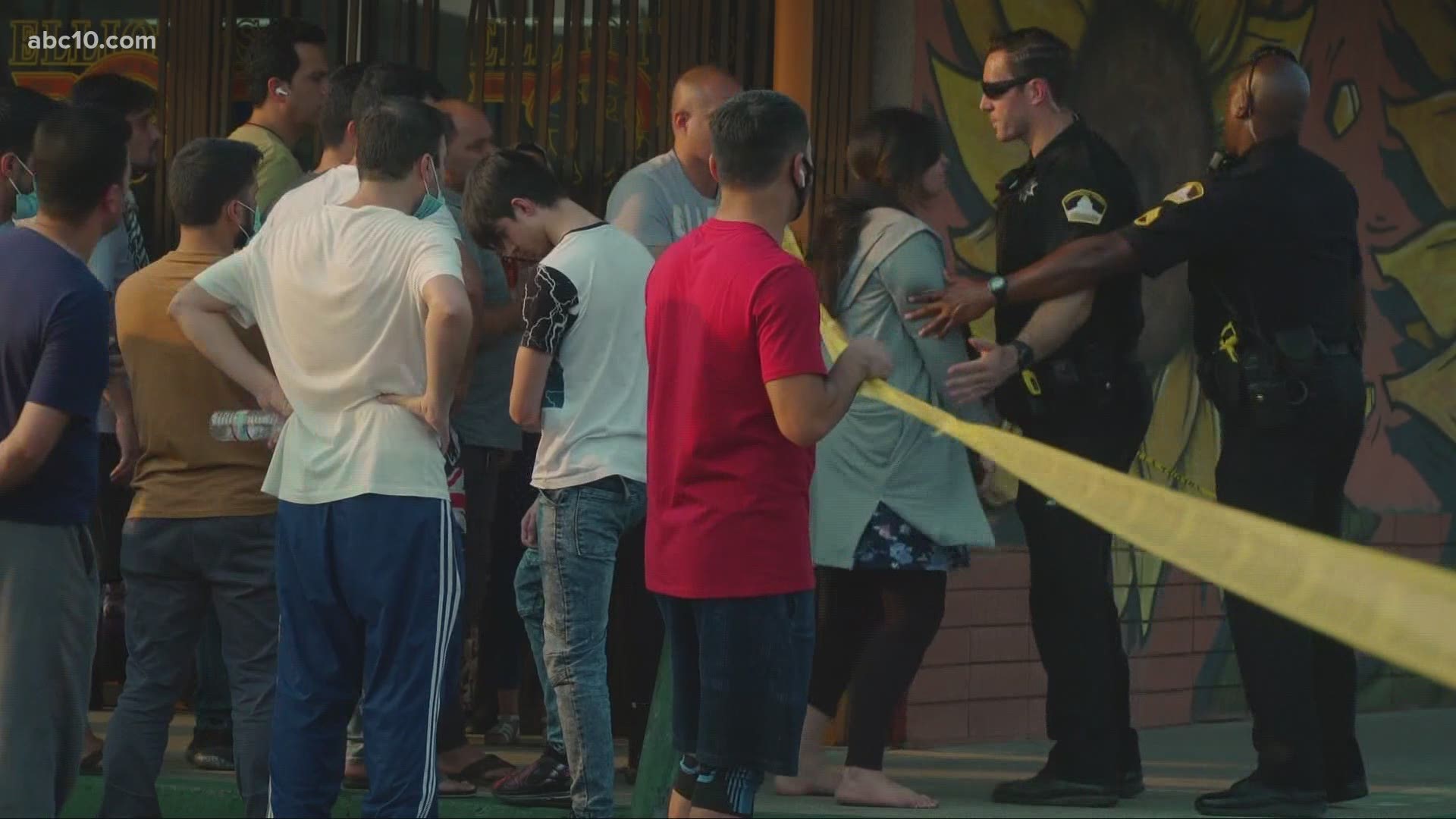 One of the shootings left a 9-year-old girl dead. She was shot and killed in a drive-by shooting during a family gathering near Mama Marks Park on Saturday around 1:10 p.m., according to the Sacramento Police Department.

They found three victims while responding to reports of a shooting at Haywood and Roanoke. The 9-year-old was pronounced dead at the scene. A woman and 6-year-old child were taken to the hospital. The woman is in critical condition while the child is described as stable. Police said officers learned that a man who was shot drove himself to a local hospital. He is stable, but it is still unclear how he is connected to the park shooting.

In a second shooting, a 17-year-old boy was found shot and killed in a car by Sacramento police officers on Saturday around 3:30 p.m. Officers responded to the 8300 block of Jackson road after reports of a car crashing into a pole. Officers discovered the driver was shot at least once. Officers tried to save him, but he died at the scene.

Facebook
Homicide Investigation - 8300 Block of Jackson Road On October 3, 2020 at approximately 3:30 p.m., patrol officers responded to the 8300 block of Jackson Road regarding a solo vehicle collision into a pole. Officers arrived to find the driver, and sole occupant of the vehicle, unresponsive.

Another shooting happened at an Afghan market in the Arden-Arcade area. A gunman shot shoppers inside the East Market and Restaurant before turning the gun on himself, according to the Sacramento County Sheriff's Office. Three people were injured and taken to a local hospital and the gunman died at the scene.

“I want (the public) to be assured that there is not someone out there in this community that’s a part of this incident out there going to cause harm to them and that they shouldn’t worry that their community is still at harm’s risk in regards to this incident," Deputy Zaheem Buksh said.

Buksh said he does not know if there is any relation between the gunman and the victims at this time, but that it does not seem like a targeted shooting.

In the fourth shooting, three people were injured in North Sacramento and taken to a local hospital. Sacramento police said officers found a woman and two men with injuries around 6:45 p.m. near the 3400 block of Mabel Street on Saturday. One man is in critical condition, while the other two are considered stable. Police do not believe this incident is connected to the other shootings on Saturday.

All of the shootings have ongoing investigations.

One of the violations was for "engaging in unsafe conduct and neglect for basic firearm safety during the incident," according to a press release.