5 things to know about the Stephon Clark claim filings

The City of Sacramento has received claim forms from the family of Stephon Clark seeking damages relating to Clark's death. 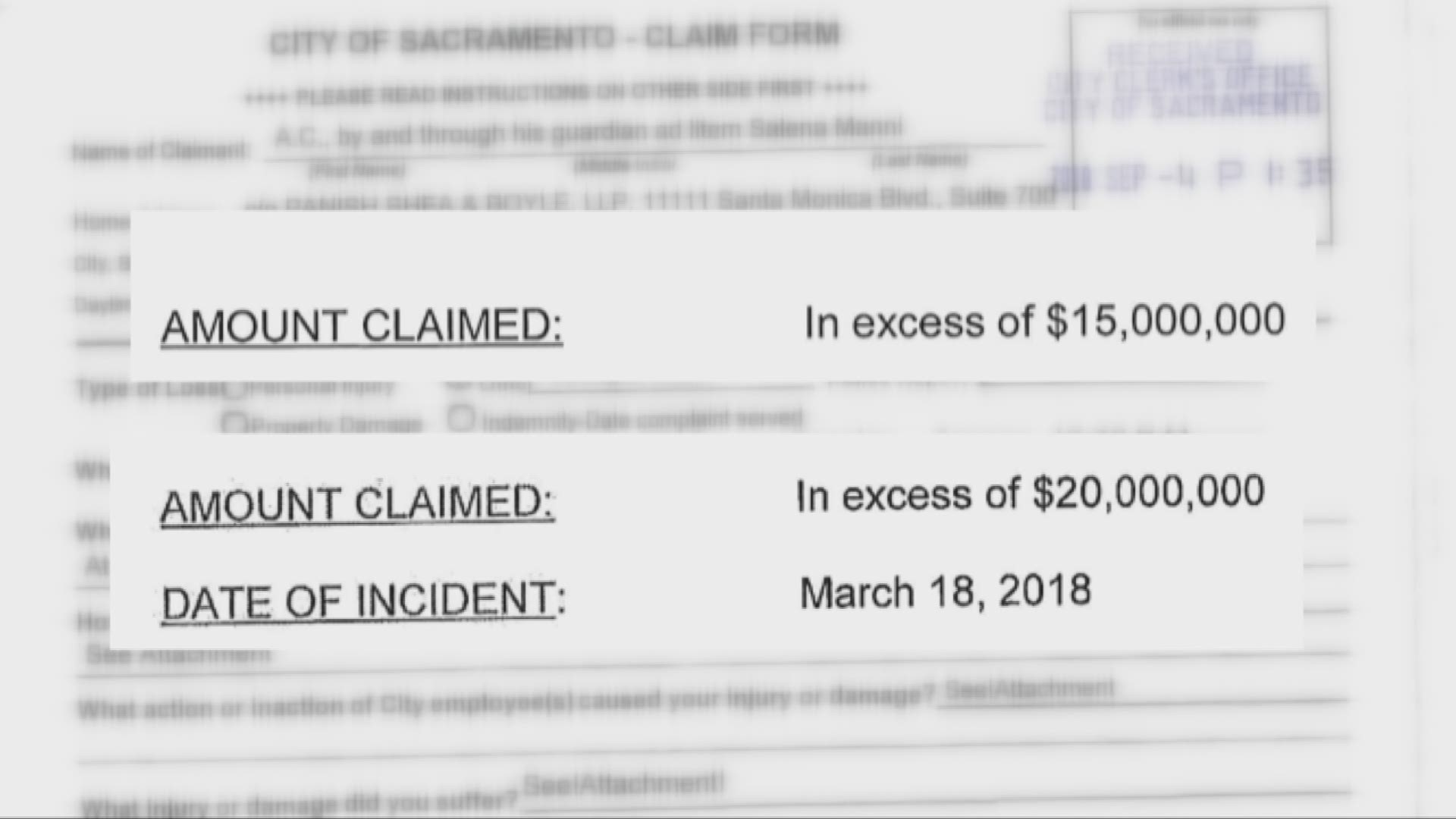 The City of Sacramento has received claim forms from the family of Stephon Clark seeking damages relating to Clark's death.

The family has contended that the police officers involved in Clark’s shooting used excessive and unreasonable force against Clark. The claim adds that Clark never verbally threatened anyone and was unarmed when he was fatally shot.

1. How much are they claiming?

There are two separate claims that the city has received in regard to the incident.

The other includes his sons and the estate of Stephon Clark, seeking damages in excess of $20 million. The damages include wrongful death damages, survival damages, general damages, funeral and burial expenses, medical expenses, punitive damages, attorney fees, and loss of financial support.

2. How is a claim different from a lawsuit?

When a person wants to sue the government, they have to first file a special claim with the government office or agency before it gets filed in court. The government will have a form that can be filled out.

The government will have 45 days to respond, and, if that claim is denied, the person who filed the claim will have six months to file in court. This begins from the date that the denial was mailed or personally delivered.

If no rejection letter is received, the individual has two years to file from the day the incident occurred.

A government claim form needs to be filed before litigation can start against a government agency. Filing a claim form is generally the precursor to a lawsuit.

3. How does the city pay for settlements?

The money comes from the Risk Management Reserve of the City of Sacramento.

The reserve is funded for general and auto liability and also receives annual funding of projected claims at 80 percent confidence level.

4. What payouts have been done by Sacramento that are comparable?

The City of Sacramento has paid out approximately $13 million in damages due to lawsuits against the police department since 2009.

Plaintiffs William Mann Sr., Robert Mann, Deborah Mann, Vernadine Mann, and William Mann Jr. had filed a lawsuit against the City of Sacramento regarding the death of Joseph Mann by Sacramento police officers in 2016. The total paid by the City was $719,500

Thomas Hess filed a complaint for negligence regarding the claimant, who was intoxicated, falling down the stairs while being escorted by police. To avoid further litigation, a settlement was reached where the city paid approximately $2.4 million.

Steve Saechao and Chrystal Saechao filed a complaint regarding a motor vehicle collision involving an officer that resulted in the death of a child. A settlement was reached with the City for approximately $8.2 million.

5. Contentions by the family

Sons and estate of Stephon Clark contend the following:

Parents and grandparents contend the following: