Protesters marched from Cesar Chavez Plaza in downtown Sacramento to the county jail. 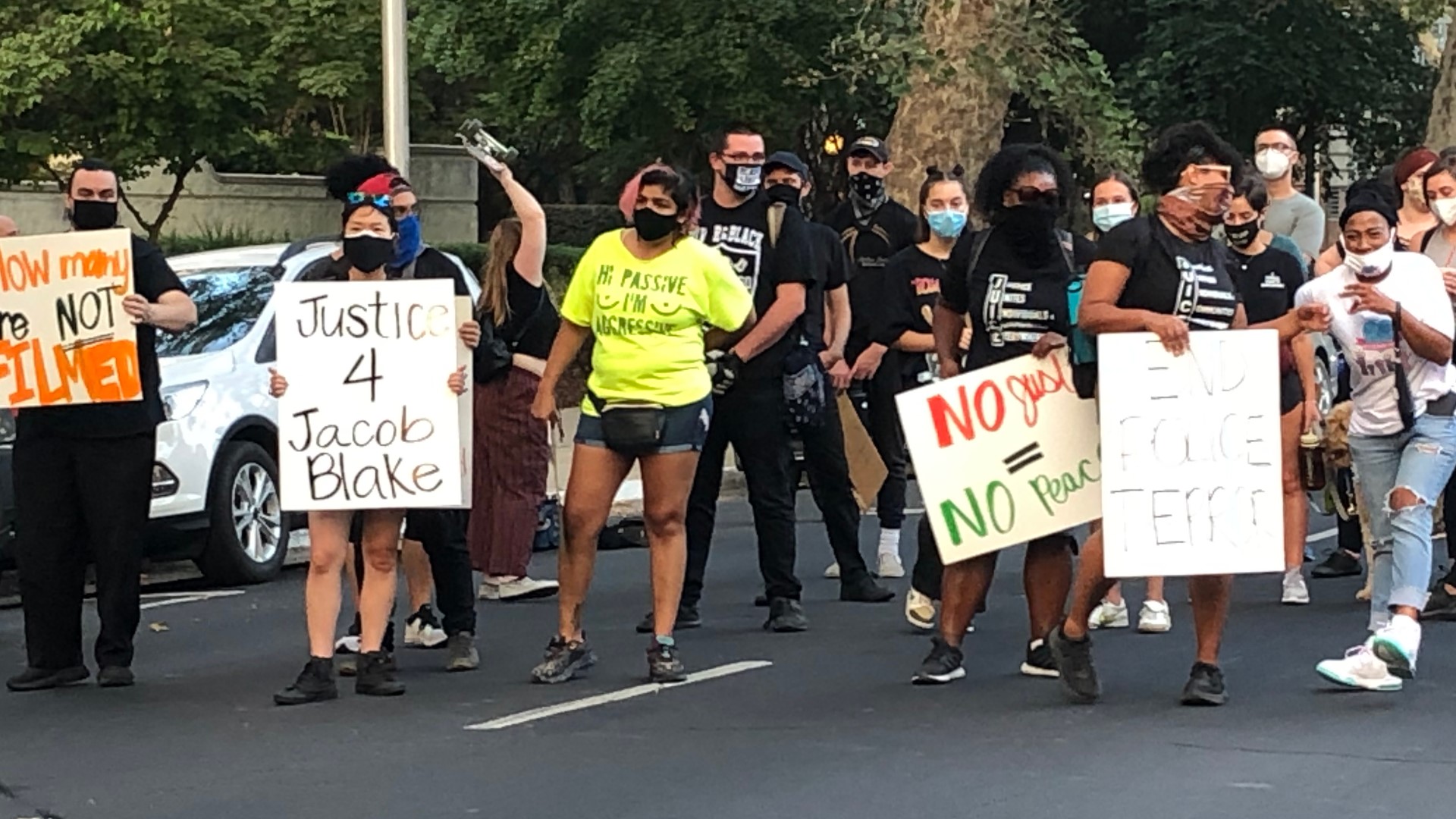 SACRAMENTO, Calif. — A protest was held Tuesday night demanding justice for Jacob Blake, Jr., the black Wisconsin man who was shot in the back 7 times by Kenosha Police Sunday night.

Police say they were responding to a domestic incident, though it's unclear what exactly led to the shooting.

Blake’s attorneys say the 29-year-old father of three may never be able to walk again.

In Wisconsin, a state of emergency has been declared as protests led to cars and buildings catching fire and traffic lights shattered.

Meanwhile, about 50 protesters in Sacramento rallied at Cesar Chavez Plaza downtown. They marched from the park, calling for the firings of the officers involved in the shooting of Blake. The shooting, like so many others before it, was caught on cellphone video.

“I maybe saw three to five seconds,” said protester Meg White, of the video. “Once again, as it has so many times before, my heart drops. There’s a pit in my stomach.”

Empact, a group that describes itself as a community-run grassroots organization, was behind Tuesday’s rally.

“Every time this happens we come out we do these things and then we hope for a better day,” said Empact founder, Leia Schenk. “Then the next day that comes it's something like this where it happens all over again, so any hope that we had goes right out the window."

“We have to have these conversations and the only way to do that is to be out in the community and be among each other where we can have these open dialogues and try to figure out what we can do to change policies and procedures within the police force,” he said.

Right now, the Wisconsin Department of Justice is investigating what happened leading up to the shooting.

Police in the meantime haven’t said much about what happened, just that they were responding to a domestic dispute.

Protesters marched to the Sacramento County Jail before heading back to Cesar Chavez Plaza. There were several police officers on bikes and motorcycles close by patrolling but the rally stayed peaceful.