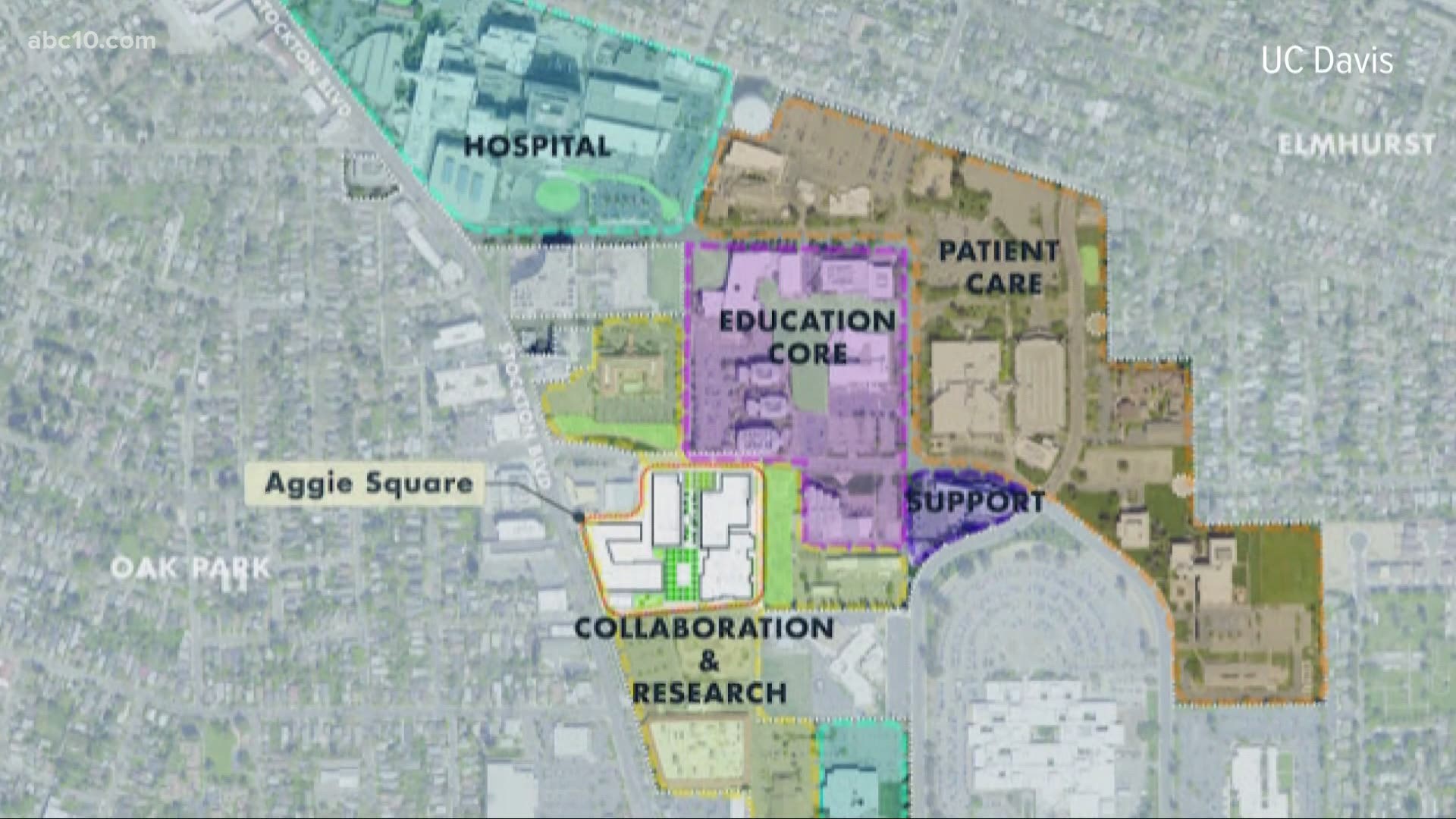 SACRAMENTO, Calif. — The City of Sacramento is moving forward with a $1 billion plan to expand the Sacramento campus of U.C. Davis. It's called the Aggie Square project in the Oak Park and Tahoe Park areas.

The project is a major investment, but it has not come without controversy.

Before Aggie Square got the green light from the city, multiple neighborhood associations expressed their concerns about traffic, parking and locals getting priced out of the market.

The city wanted to move forward, citing the billions of dollars the project would bring to Sacramento, along with up to 10,000 jobs.

The city was even sued by the Sacramento Investment Without Displacement Group, but that lawsuit was dropped minutes before the project got approved.

In a unanimous vote on Tuesday afternoon, Sacramento City Council members agreed on a settlement with a group that had filed a lawsuit over the Aggie Square project, creating what they're calling a "Community Benefits Partnership Agreement."

"I have affordable rent right now but me and the tenant above me, because it's a duplex, were told that she's going to sell it," Erica Jaramillo, an Oak Park renter and board member on Sacramento Investment Without Displacement said.

Jaramillo has been living in Oak Park for the past six years with her lease ending in May but she says the house she's renting has already gone on the market.

"Sure you can make double the profit right now but where is the responsibility for people who are relying to have a place to sleep?" she said.

It's stories like this one that SIWD is trying to avoid as the Aggie Square project moves forward.

"We lose the flavor and culture in our communities when people are forced out of where they grew up," Tamie Dramer, Executive Director of Organize Sacramento and board member of SIWD said.

That's why the city agreed on a settlement with the group, creating what they're calling a "Community Benefits Partnership Agreement."

The agreement says $50 million should be put toward affordable housing in the area and the council started to make good on that promise right away on Tuesday, by unanimously voting on a $15 million loan to build a 225-unit affordable housing complex on Stockton Boulevard in the former Jon's Home Furnishers lot.

"That is so important and imperative, $50 million can make a difference for so many families in our region to ensure that they're housed and we know that we have a housing shortage," Gabby Trejo, Executive Director of Sacramento ACT said.

Another part of their deal is 20% of all jobs created because of the Aggie Square project will be going to people living in impacted zip codes.

"To us, that is a huge win because we want to make sure that residents have access to these jobs, that we are looking at the future so that residents don't have to drive too far to their jobs so they can actually spend time with their families," Trejo said.

It's a bit of a 180 since the lawsuit was first filed, but in the end, advocates are hopeful community members will now have a better seat at the table.

WATCH NEXT: Here's a breakdown of gentrification concerns for the Aggie Square project planned for Sacramento