South Sacramento neighbors say alley closures are working to curb criminal activity behind their homes, but the city needs to approve their extension. 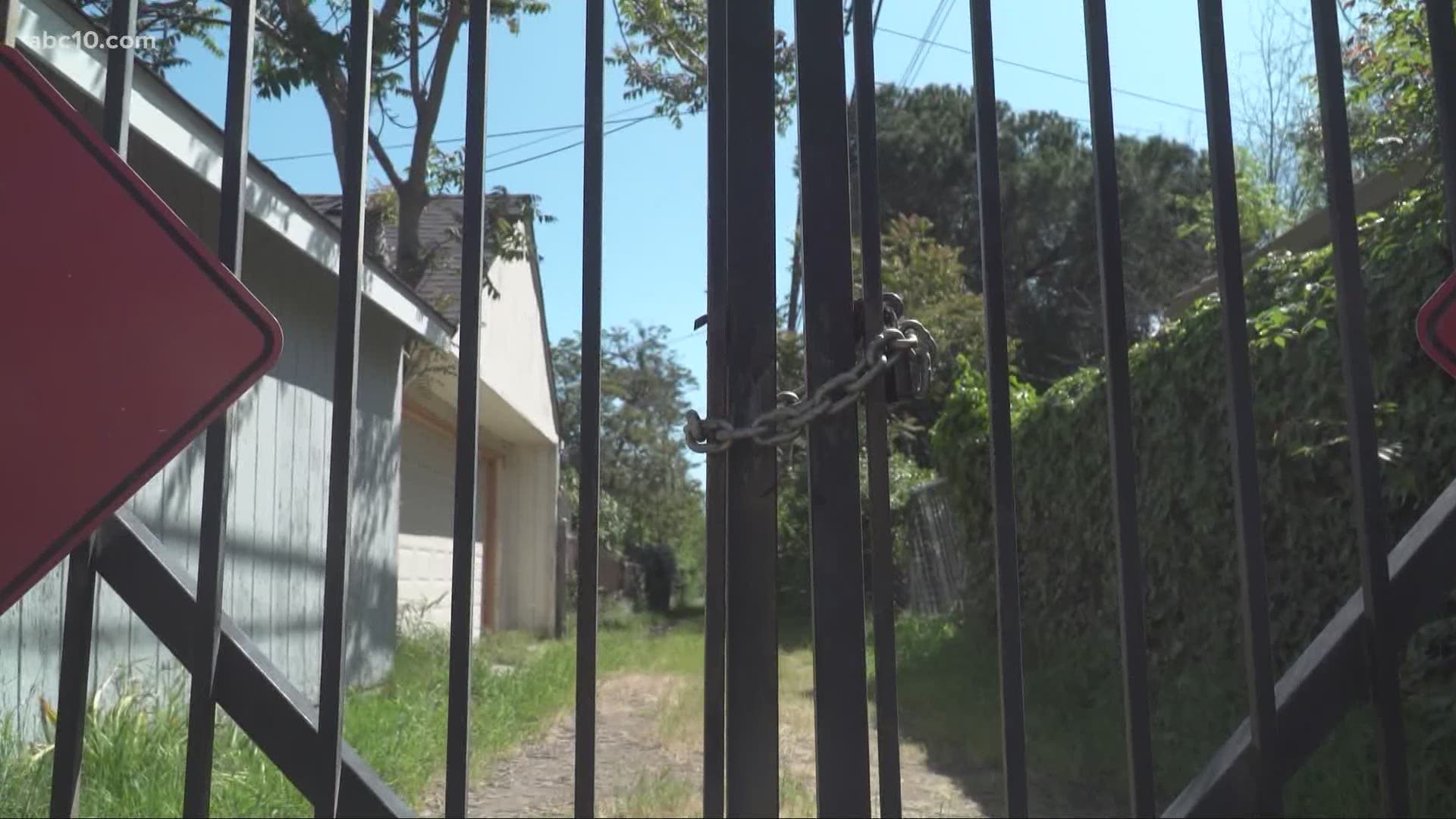 SACRAMENTO, Calif. — The Alley Abatement Program is a citywide effort to reduce criminal activity by gating off alleys and streets in Sacramento. It was an effort residents in South Sacramento said was working, but per California Vehicle Code, City Council must approve an extension of the alley closures every 18 months and the time has come to vote on whether the gates stay or go.

"They do drugs back here too," Alan Smith said, as he pointed to the alley that ran adjacent to his backyard.

Smith said there had been one too many instances where he had to pick up used needles that were thrown over his fence.

"I have a dog and I don’t want him to get hurt," he explained. "I come out every morning to water, I pick them up and throw them over the fence again."

The alley behind Smith's house, and 63 others throughout South Sacramento, were fenced off in an effort by city leaders called the Alley Abatement Program. The program was meant to help curb illegal activities like drug use, burglaries and dumping. However, the alley closures were temporary according to the City of Sacramento. City Council had to approve extensions every 18 months, and the time has come, on Tuesday.

In an email to ABC10, the Department of Public Works wrote that they had received "overwhelming support from residents to keep the alley gates in place." They went on to state, "dozens of South Sacramento residents indicated that the alley gates had significantly reduced the criminal activity in their areas."

Brendan Vue, who also lived in South Sacramento, said the biggest issue had been dumping in the alley behind his house.

"People would just come by with their pick up trucks, dumping a lot of stuff," he explained.

Vue said while the dumping hasn't stopped completely, the fencing had led to a noticeable decrease. Smith echoed the same. The gates behind his alley didn't stop intruders but worked to hinder illegal activities. He said he wants the gate to stay put.

While Sacramento City Council will consider the extension of the closures of 64 side streets and alleys within District 5 on Tuesday, the Alley Abatement Program is citywide. The following week city council will vote to approve extensions for alleyways in Districts 2, 3, 4 and 6.

WATCH NEXT: How to get a vaccine appointment without a computer