A big concern park officials faced was that many visitors did not wear face masks. "There's definitely that possibility of folks infecting others," police said. 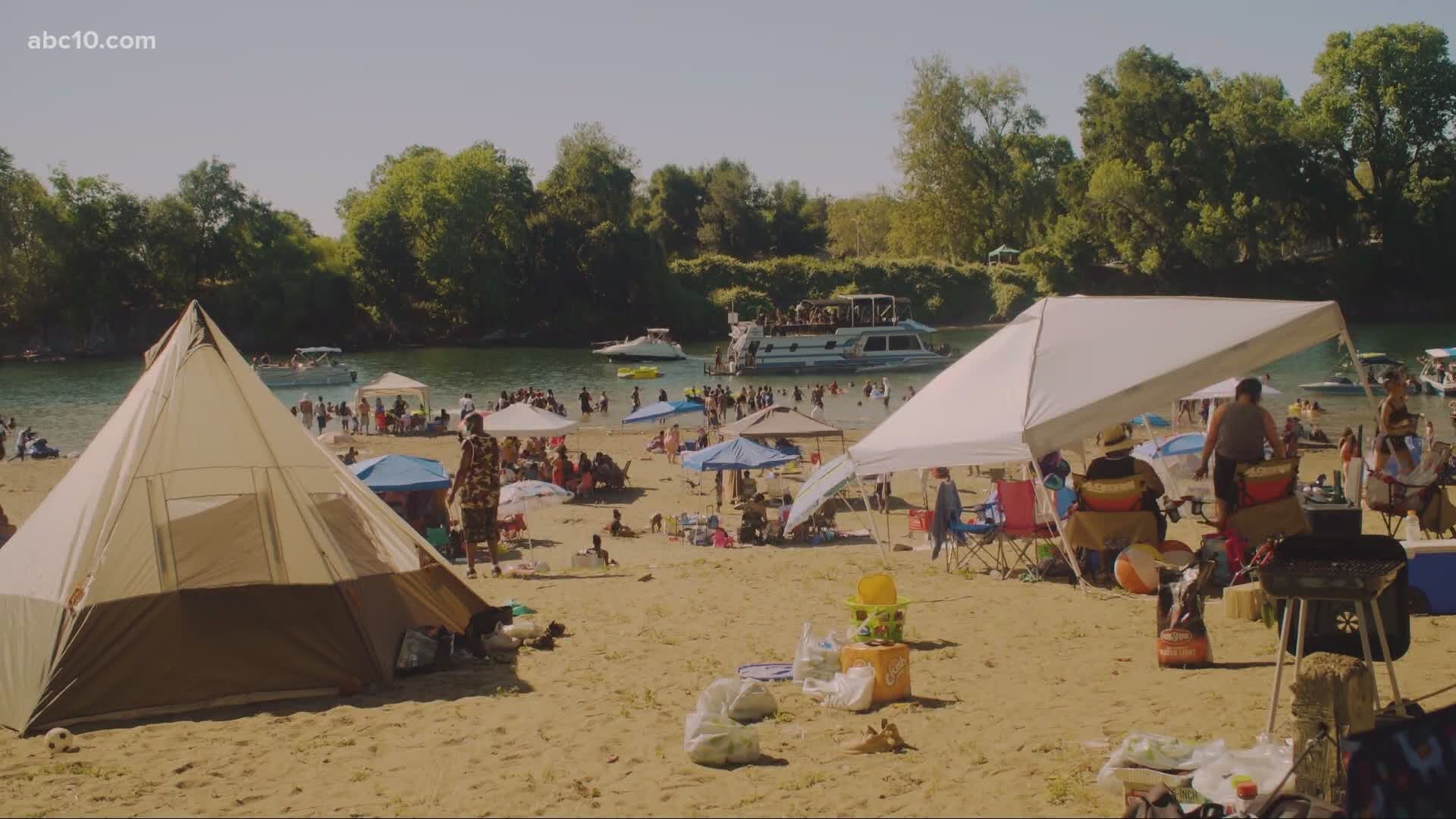 SACRAMENTO, Calif — As Sacramento faced its first major heatwave of the year, thousands flocked to Tiscornia Beach and Discovery Park on Memorial Day before officials closed the area due to coronavirus concerns, according to officials.

Sacramento Police Sgt. Elmer Marzan told ABC10 that large crowds and the cars that lined up to go to the park were factored in the officials' decision to close the beach.

Another big concern that park officials faced was that many beach visitors did not wear face masks.

"There's definitely that possibility of folks infecting others," Marzan said.  "Public safety is the paramount thing in our business."

Earlier this month, Gov. Gavin Newsom said he was planning on closing all California beaches due to the coronavirus pandemic, but local officials pushed back on the executive order.

Newsom decided to shut down beaches within Orange County instead. It's unclear if beaches at rivers would have been included in that initial ban.

Alvin Crenshaw, who managed to get to the beach before it shut down, told ABC10 that he wanted to be able to go outside after being stuck inside for so long.

Despite the coronavirus pandemic, Crenshaw said it was worth the risk to spend the day at the beach.

"Enjoy life you know what I mean? It's short," Crenshaw said.

Marzan said that despite the large crowds, Memorial Day ran relatively smooth, and there were no major incidents.

Officers issued dozens of citations throughout Memorial Day that ranged from parking tickets to alcohol possession.

"People just need to take care of themselves and others," Marzan said. "Be smart about going out in public and enjoying our parks and beaches."