Angel Tree Toy Drive: 'Every kid should have a good Christmas' 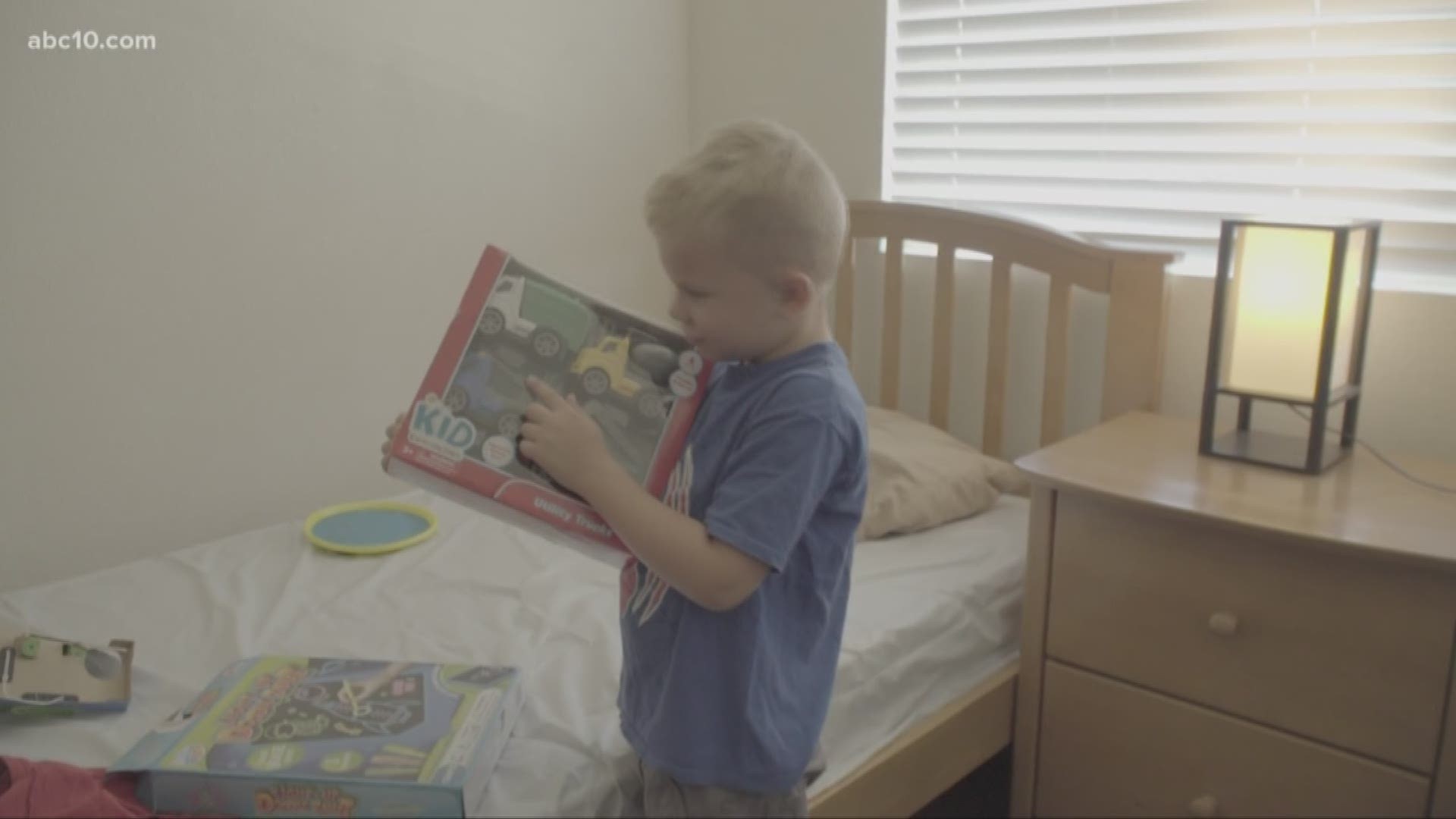 This holiday season ABC10 is partnering up with The Salvation Army again for it Angel Tree Toy Drive. For years, the program has brought joyful Christmas mornings filled with presents to families who might not have had one otherwise.

And we can't do any of it without you.

This year, we introduce you to Rachelle Casey. She's a single mom who says The Salvation Army not only saved their Christmas, but it also saved her family.

"I think one of the hardest Christmas' would have had to be when we were homeless living in and out of our car and in and out of hotels," Rachelle remembers.

She says that was one of the lowest points in her life, and it was in those moments she realized she wanted better for her and her two young boys.

But that was easier said than done.

"Living off welfare, you can't afford hotel rooms all the time," Rachelle shared. "You only get $600 so you can only make it so far off that. Honestly, I didn't think he was going to get a Christmas that year."

Rachelle and her family moved into transitional housing while she got on her feet. That's when she got a job and things started to look up. But ends still weren't meeting.

And that's when The Salvation Army's Angel Tree Toy Drive was exactly what she needed.

Rachelle signed up and a good Samaritan who donated to The Angel Tree program opened their hearts by adopting her whole family.

"His face Christmas morning to see it was just ecstatic," Rachelle shared. "To know that my son was going to wake up in the morning and see stuff under the tree was like my number one thing. Every kid must have a good Christmas morning. He got clothes, he got toys, he got Legos. They helped out a lot because he was in love on Christmas morning when he saw."

And that brought so much joy to this family that Rachelle has this message for you if you're even thinking of donating to Angel Tree.

"It's just knowing that there's a kid out there that's going to see that and they're going to be so full of joy to receive that toy. You put something in a bin or a box, if you donate something and kid is going to light up just to see that toy."

And that's what it’s all about.