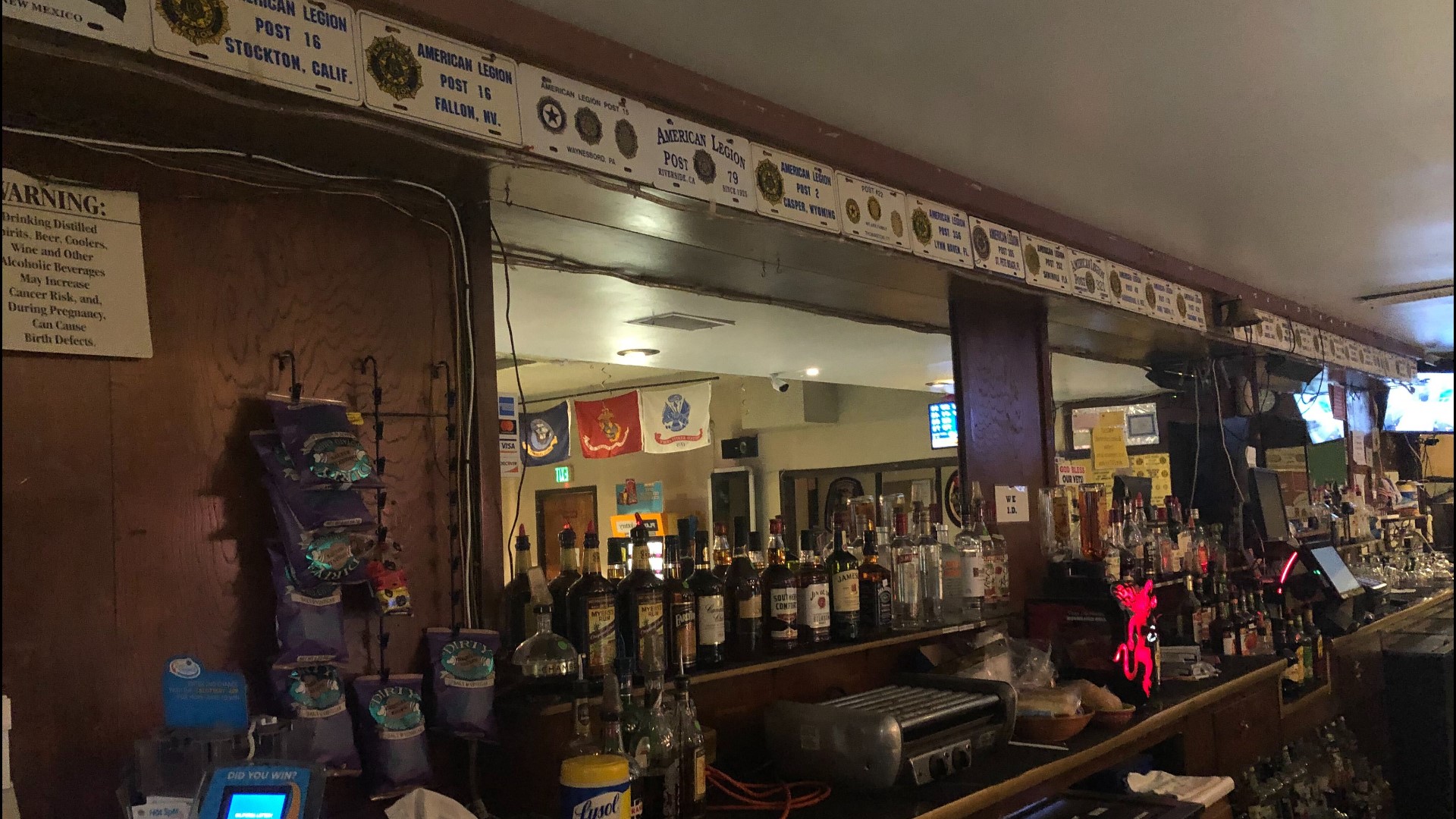 SACRAMENTO, Calif. — Veterans Day amid a pandemic can be summed up in two words.

On a day where veterans would fill the post to celebrate and bond, he said Veterans of Foreign Affairs Posts and American Legion Halls are sitting dark and empty.

Under California's reopening guidelines, veteran halls and posts have been shut down because they're considered bars. The establishments hold membership-only veterans' liquor licenses.

"That's only a very small portion of what these posts and halls provide to veterans," Bob Reeb, a legislative advocate, said.

Reeb is assisting the California State Commanders Veterans Council in getting the state to change its pandemic blueprint. The advocates wrote a letter to Gov. Gavin Newsom in early November arguing that the posts are community resource centers for veterans, where they connect with each other and get benefits.

Volunteers say its especially true for aging veterans who are not tech-savvy and need help navigating computers to connect to benefits and resources.

"This is their home. This is a veteran's community center for veterans, and they are suffering now that we've been closed for seven months," Conaty said.

According to the Veterans of Foreign Wars (VFW), from March to September, its service department saw a drop of over 850 veterans' claims -- roughly $2.2 million owed to veterans and their families.

"This is pretty much their social life and we've taken that away from them," said Jeanne Harshbarger, Sacramento's American Legion Post 832 volunteer bar manager.

Harshbarger said the sense of community the post provides for veterans struggling with Post Traumatic Stress Disorder (PTSD) and other challenges stemming from service is like medicine to the men and women she serves.

"There's a tremendous amount of healing power," she said.

Without the posts and halls, advocates say California is failing its physically and emotionally disabled veterans and their families.

Advocates say they want to posts open with appropriate coronavirus restrictions, before the posts go under, financially, and create negative impacts on veteran communities for years to come. Conaty said he had a message for Newsom this Veterans Day.

"Governor, please help us. Open the veterans' posts and halls. We will work with you and we will follow all the rules, but we need you to help us open our post," he said.

ABC10 reached out to the Governor's office and have yet to hear a response. The California State Commanders Veterans Council said it is awaiting a response from the governor as well.

WATCH ALSO: How a Tracy nonprofit is helping veterans return to normal life