McKenzie Chapman and Devyn Sigurdson lost nearly everything in a house fire a few days after a car crash on the freeway. But their focus is on their neighbors. 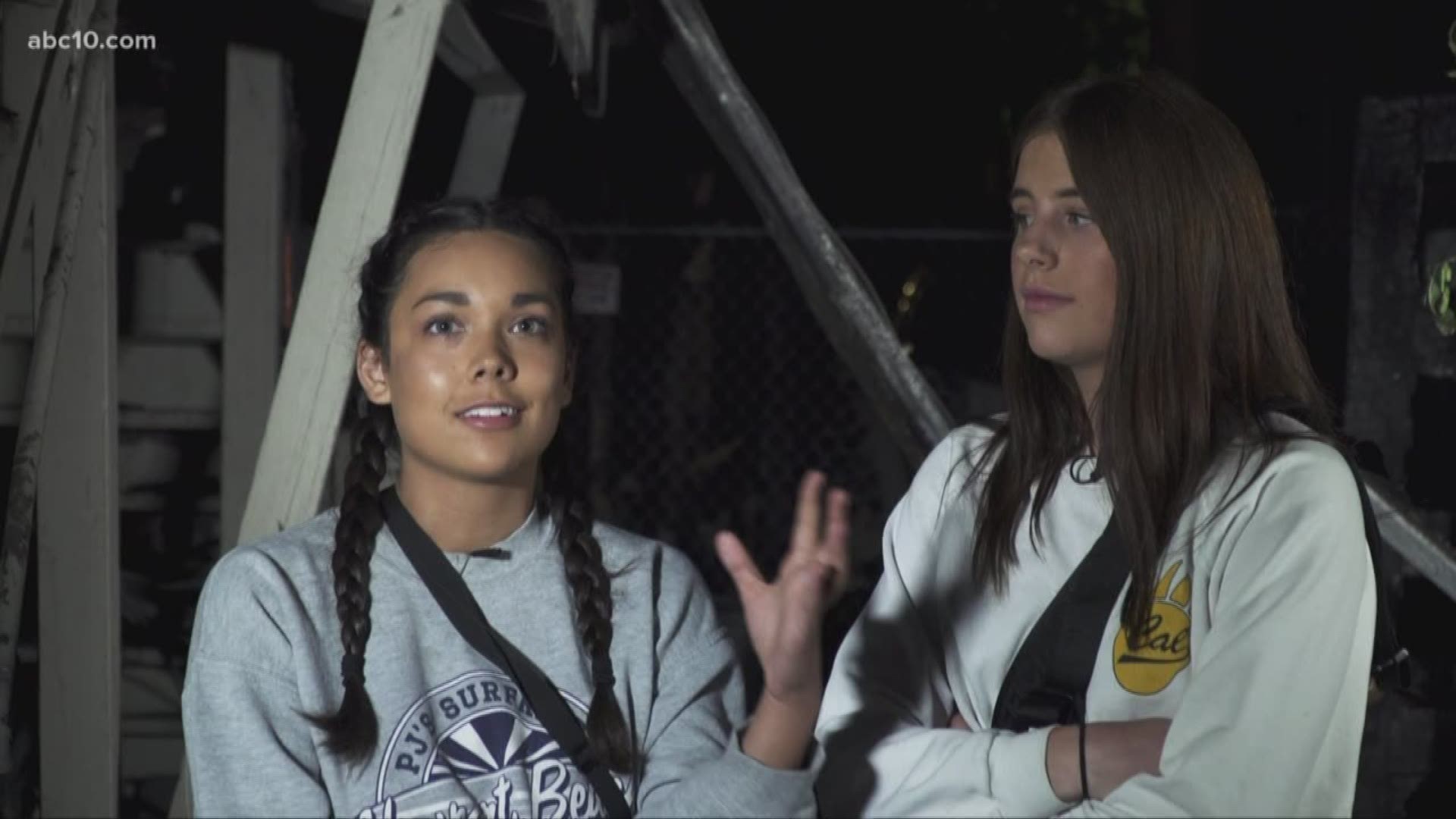 SACRAMENTO, Calif — On Sunday afternoon, a fire started at a home near 26th and G Street in Midtown. McKenzie Chapman and Devyn Sigurdson lived there, but because of the damage, they now need to find a new place to live.

The fire destroyed several buildings, between the flames and smoke damage.

Chapman told ABC10 she was napping when it started.

"I was 20 minutes into [a] nap when I heard our smoke alarm going off in the house," she said.

Chapman said she quickly ran outside to safety and then called Sigurdson, who then came home from work. It was a 2-alarm fire. Three buildings were involved and many people displaced.

"This is serious. It's not just like a microwave or a toaster. It's a real, real fire on our block," Sigurdson said.

Thankfully, no one was hurt, but no one can go back home.

This loss came on the heels of a car crash for the two roommates. They share a car and said they were rear-ended on the freeway the week prior.

"This is what puts people on the street, like losing your car and your home in a week. And it's great we have people surrounding us. It's crazy we must have angels watching over us. God is doing something crazy," Chapman said.

RELATED: Fire breaks out at recycling facility in Rancho Cordova

Now they want to help their neighbors, like one who lost everything in the fire and also lost two cats. One cat is now missing.

"She lost a lot in that fire and her biggest loss would be her cats," Chapman said.

A GoFundMe was started to help the roommates and their neighbors.

The women said going through the unthinkable puts it all into perspective.

"We are here. In one hand, yeah, we lost a lot. But we are still here," Chapman said.

The Sacramento Fire Department is still actively investigating the cause of the fire.

WATCH ALSO: Does PG&E owe you money from wildfire losses? They’re working out how much