Falconers are walking around K Street in Downtown Sacramento for a pilot project to get rid of nuisance bird droppings and crows. 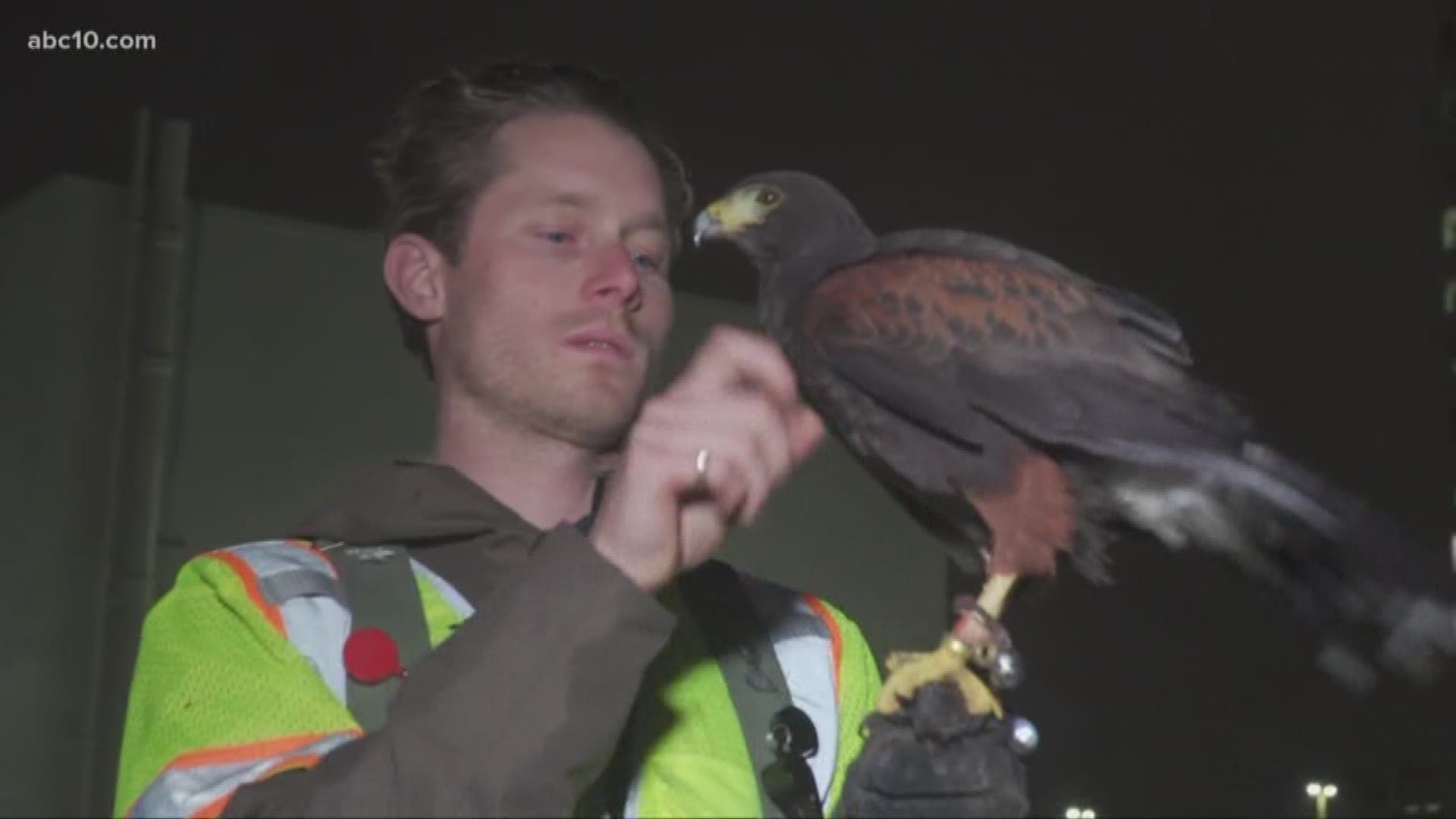 SACRAMENTO, Calif. — There are birds of prey on patrol in Downtown Sacramento. Their mission? To get rid of nuisance birds like crows and the droppings they leave behind on people, cars and sidewalks.

Adam Baz, project manager with Integrated Avian Solutions, was one of the falconers walking around Wednesday night near the ice skating rink on K street. His hawk, Jasper, was busy scaring away crows.

"We are patrolling about a 12-block area currently, and the objective is to make it free of crows," Baz explained. "So when we came there were probably 5,000 or 6,000 crows, and it's dead quiet now. And then my goal is to find where they went and push them further."

Baz and his partners, including the birds of prey, were hired by the Sacramento Downtown Partnership to help manage the nuisance crow problem.

"Downtown Sacramento, not unlike many cities in Central California, have a huge crow infestation in the winter months," Baz said. "The crows are coming by the thousands to roost and sleep."

Baz added, "I'll keep flying him until he's too wet to fly."

The problem is concentrated downtown, and Baz said there are thousands of unwanted crows bothering city dwellers.

"Unfortunately, during the night, when you have thousands and thousands of crows in a small area, it produces unhealthy concentrations of droppings, which is a nuisance and public health concern," Baz said.

Their work is a pilot project at the moment, but Baz said he sees it as an opportunity to educate and to prove hawks can help keep Sacramento free of crows and what they leave behind.